Injured turtle gets around with tiny wheelchair 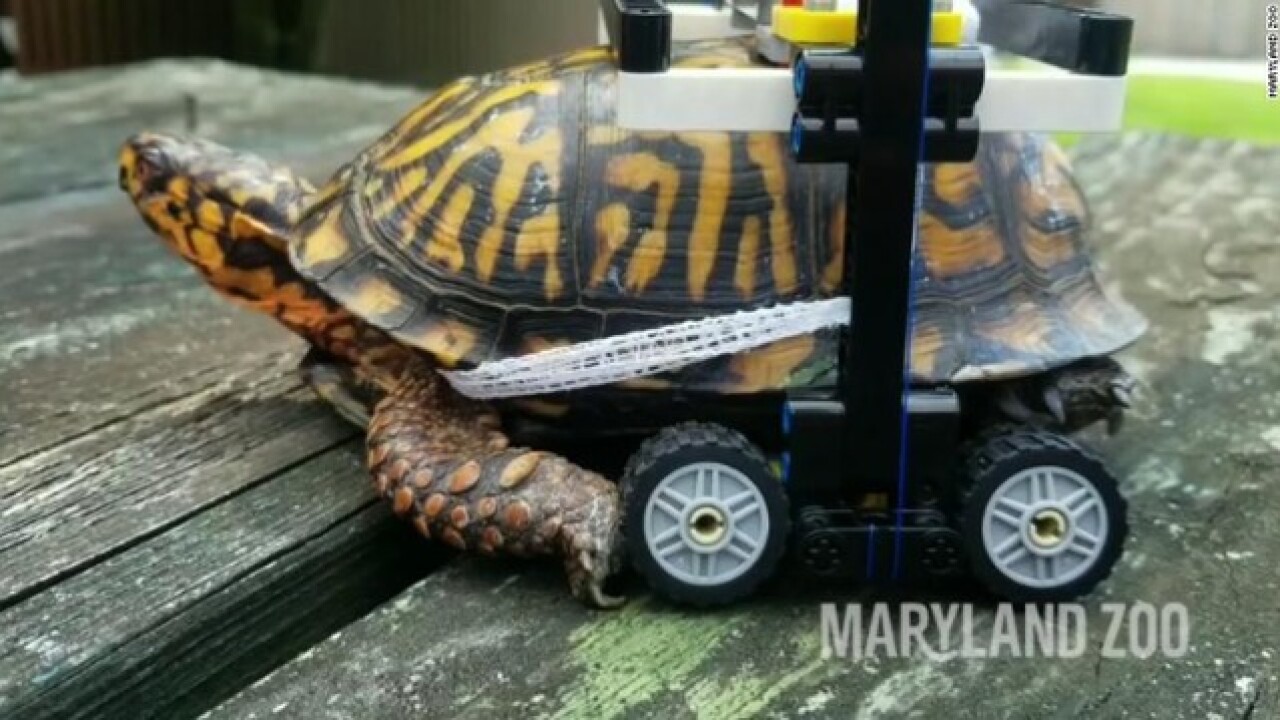 An injured turtle in Maryland has a new set of wheels after veterinarians got creative and used Legos to give the little guy a leg up, or rather, a shell up.

A Maryland Zoo employee found the Eastern box turtle struggling in a grassy area. It was likely hit by a car.

"We were trying to find something to keep him off the ground since he has a fractures on the bottom of his shell."

Plans were drawn up, some technical and some not so technical.

Ultimately, the toy bricks were used along with plumber's putty to build a tiny wheelchair.

Zoo officials say the turtle is responding well, and with continued rehab, should be released within a year.