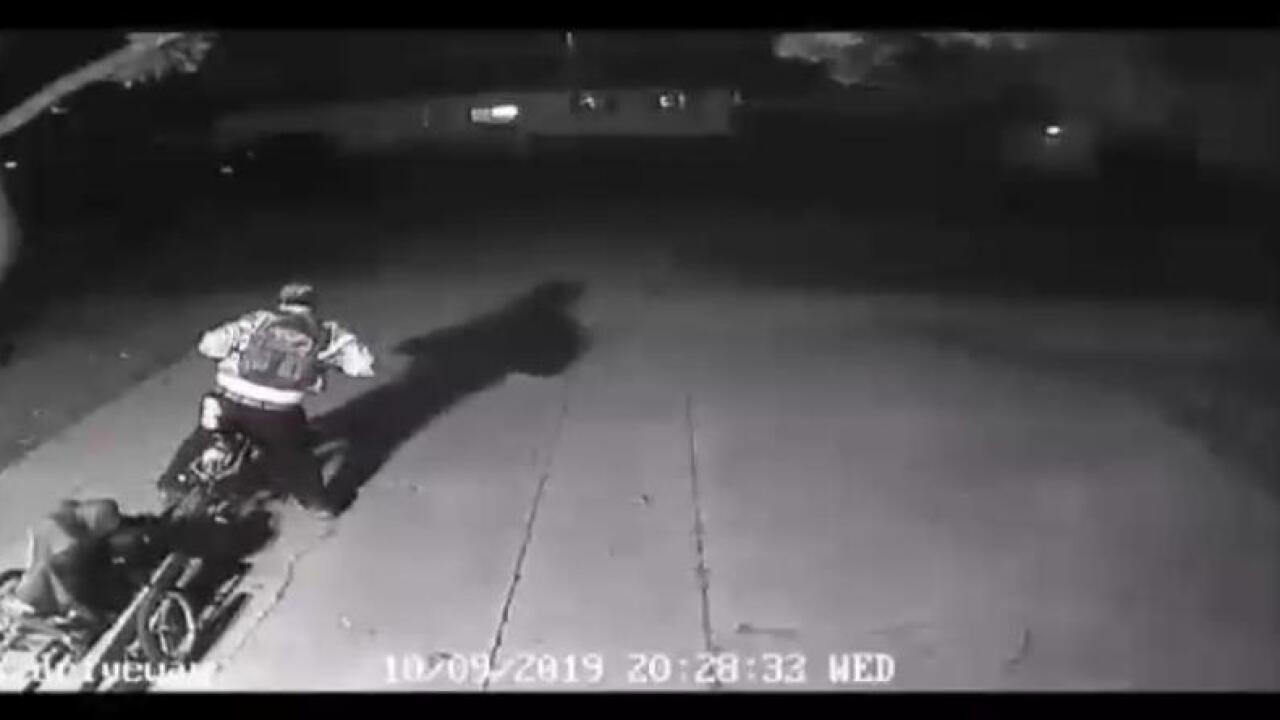 LANSING, Mich. — It's one thing to be scared of the Halloween displays in your neighborhood, but it's a lot less fun when you're scared of the guy stealing them.

"You know it's just an uncomfortable feeling knowing there was a stranger on your property...especially this close," said Darlene Bashore-Pambin, a Holt Resident.

After realizing her decorations were stolen, the next day, Darlene and her husband put all their security footage together, discovering more surprises.

"The minute I noticed, I said it was probably a teenager, but then when he showed me the video, I was just flabbergasted because it was a grown middle age man," said Darlene.

The life-sized skeleton that was stolen was more than a Halloween decoration, but a family tradition with Darlene's grandchildren, whom nicknamed the skeleton "scary guy."

"Scary guy was my friend," said one of her grandsons.

Now her grandchildren are trying to comprehend what happened.

"They just took scary guy and he was naughty," said her other grandson.

Although "scary guy" can easily be replaced, Darlene and her family are left with lingering fears and questions, believing this is more than a prank.

"What would he want to take next time," ask Darlene. "Is he scoping us out?"

Questions that Darlene never thought she would be asking in Holt.

"When we had the issues in South Lansing, we moved to Holt and thought it's so terrific around here, I felt safe."

Darlene says she still feels safe, but plans to make adjustments around her house.

"I don't feel safe keeping my car unlocked and I will never leave my door unlocked."

Darlene has reported the theft to the Ingham County Sheriff's Department and gave them their security footage.

"We did it, just so that they are aware and so they could maybe have an extra patrol car going up and down when it's are darker outside, " explained Darlene. "Hopefully it doesn't happen to any of my neighbors."

Some good news has come in--Darlene has taken to Facebook to share a photo of the decor and thanked the Delhi Police Department for bringing the "scary guy" back home.