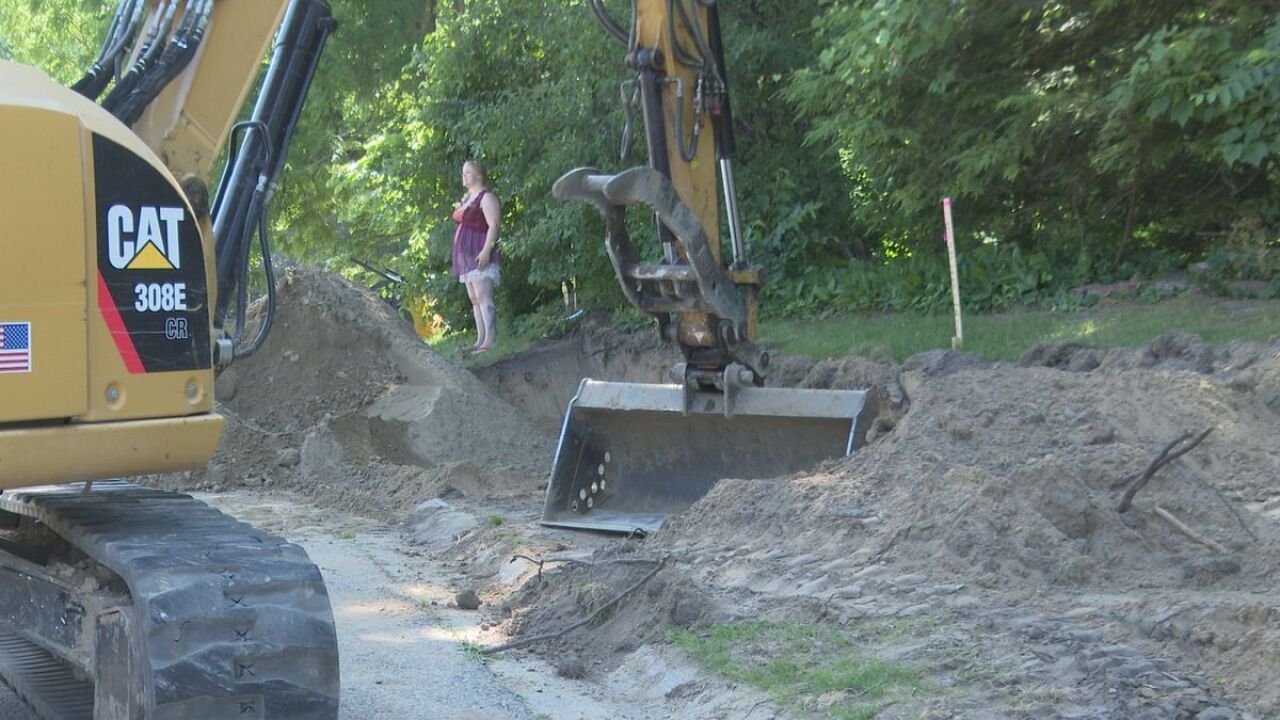 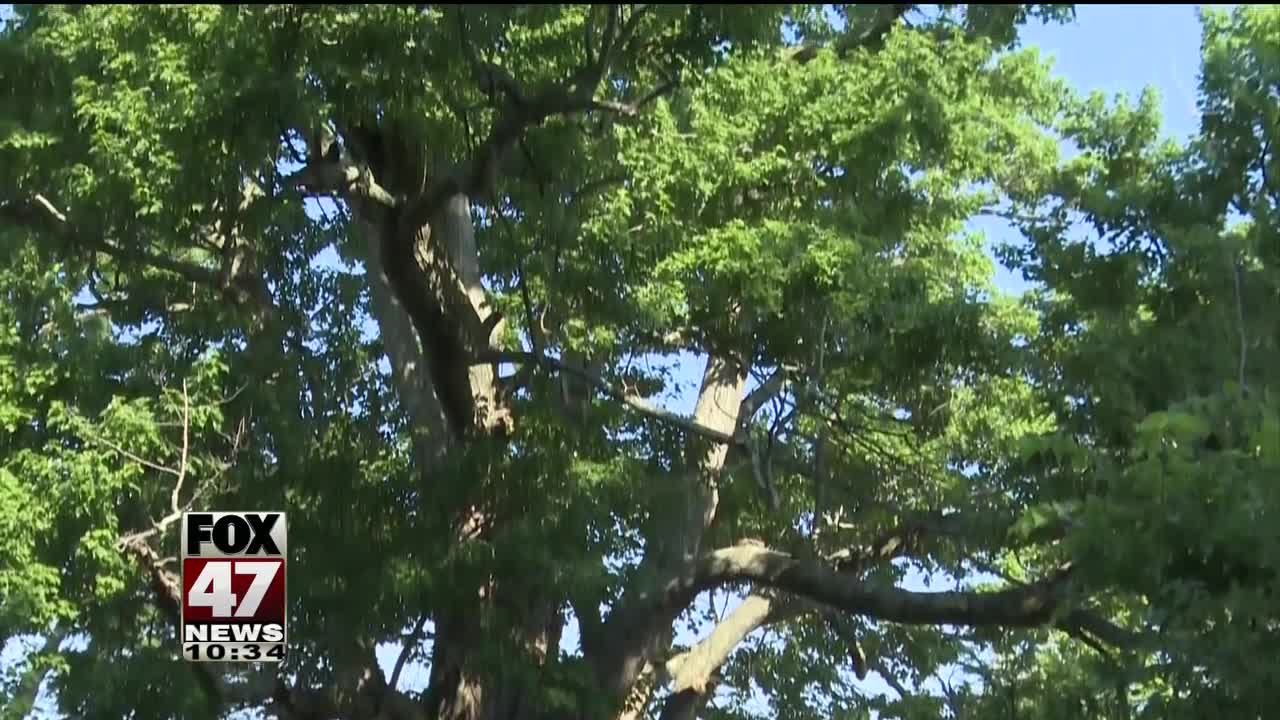 LANSING, Mich. — A Delhi Township woman is vowing to do whatever it takes to protect a more than 100-year-old tree on her property from a sidewalk construction project.

The project is a part of the “Safe Routes 2 School” program. Holt Public Schools and Delhi Charter Township received a grant from the state to make safer routes for children walking to and from school.

“I contacted the community development as soon as it started and I said, you know I have this big tree out front,” said homeowner Jessica Bouvier. “I really want to make sure you guys don’t cut into the roots, so is there anyway that we can build above the tree so we don’t kill it.”

Construction crews plan to work to remove earth and clear a path to level the ground in front of the tree for a sidewalk.

Monday, Bouvier stood in front of the tree to prevent that from happening. She said the township previously told her the tree’s root system would be avoided.

“It would cut into more roots and it would definitely kill this tree, for sure,” Bouvier said. “I had an arborist come out here he said if they cut into it, it’s going to die.”

Delhi Charter Township Director of Community Development Tracy Miller said they had to adjust the original plan to comply with the Americans with Disabilities Act regulations.

“What’s happened is when you get out into the field and you actually start to evaluate the elevations that exist on site, sometimes you have to make field adjustments that aren’t exactly what you’d planned on,” Miller said. “It happens pretty commonly in construction. At the end of the day, there is a pretty steep slope up from the road to where this tree is located and unfortunately we are going to have to do some cutting in order to get the sidewalk level to that.”

Miller said they are working to find a middle ground.

“I don’t think there will be any damage that will result in lost to that tree,” Miller said. “However, the reality is the sidewalks are installed in the public road right of way. The tree itself is on private property and we won’t be impacting the tree itself. However, there will be work taking place in the pubic road right of way that could result in some roots being cut or something to that effect. Trees don’t like that when that happens obviously, but we’ll do everything we can to minimize that.”

Bouvier said she wants a sidewalk built and agrees it’s needed, but disagrees with the process.

“They said they were going to do one thing, and now they’re changing it and saying they’re doing something different,” Bouvier said. “It’s just not right.”

“I’ll lay out here and I’ll stand in front of it and I’m going to protect this tree until the end,” Bouvier said.

Holt Public Schools identified the area as most critical for a sidewalk. The project should be complete in August.