Helping out the other team 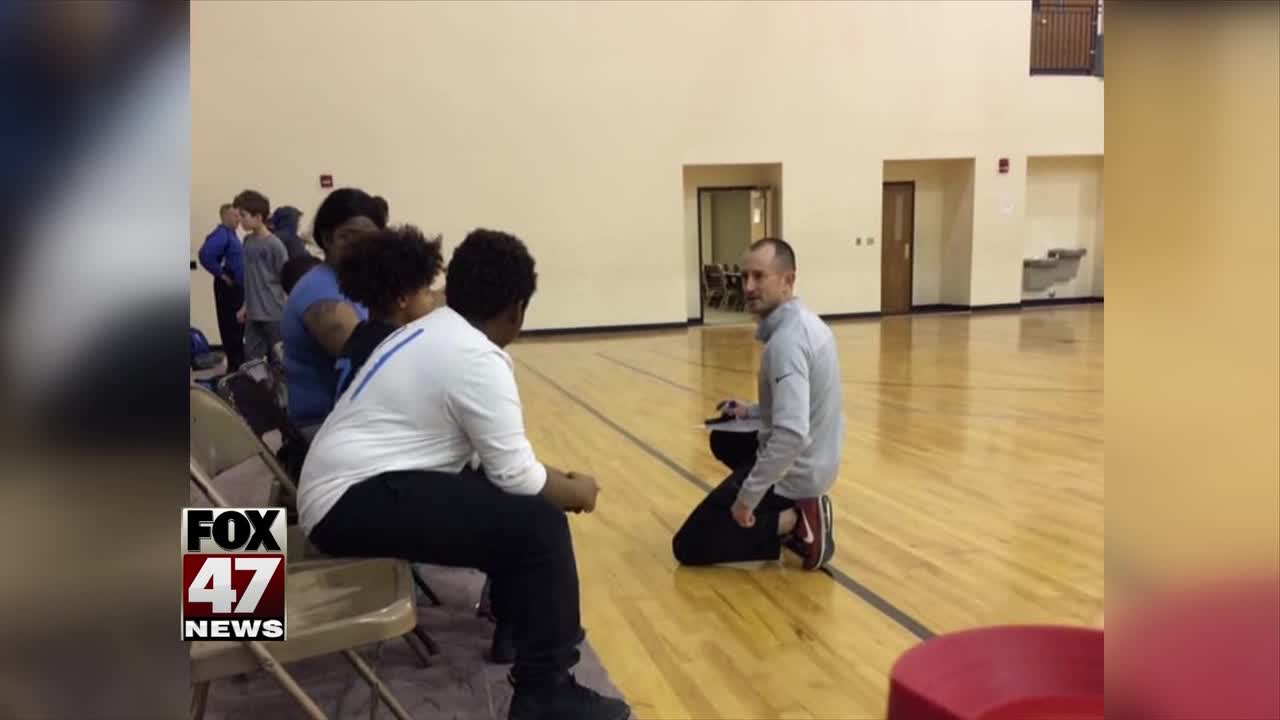 How many coaches would try to help their opponents win the game? Andrew Chapin coaches The City of Mason's 5th-grade basketball team. When he saw his opponents without a coach or uniforms he asked them if they wanted to do some warmups.

MASON, Mich. — How many coaches would try to help their opponents win the game?

FOX 47's Alani Letang has the story of a local basketball coach who felt he had no choice but to go to the other end of the court.

Andrew Chapin coaches The City of Mason's 5th-grade basketball team. When he saw his opponents without a coach or uniforms he asked them if they wanted to do some warmups.

"Part way through and I said 'so guys you think your coach is coming?' And one of the players said something to the effect of 'gosh I sure hope so because we just drove so far, I think we even drove over an hour and maybe all for nothing.' And it was at that moment right there I knew I was coaching this team. There is no way I couldn't. I couldn't look at this kids face and say no to him there's no way," said Andrew Chapin, Mason High School teacher, and coach.

The Cereal City AAU basketball team, a team of only five fifth graders, out of Battle Creek showed up for a tournament on Saturday in DeWitt only to be met with a loss before the games even started.

"It was so sad to see these kids devastated by their coach not showing up and not having uniforms it was heartbreaking to them, to me and the Mason community," said Chapin.

Now with a coach for the tournament, the team still needed some type of uniform.

"Immediately started to scramble to get some tape to put on their back of their T-Shirts. We found some tape and made them simple numbers, like number one and number eleven" said Chapin.

If you're wondering why the boys were playing in street clothes it's because their AAU coach was supposed to bring their uniforms. Some of the kids were even wearing long sleeves and pants.

With only five players there wasn't much rest for the boys, who had to play three games.

"During the game, the team that I was coaching from Cereal City started to make some progress, and we were learning plays and making up plays and names for the plays. The kids started to get a little confidence and started to understand what to do. It was neat to see those kids grow and develop and be positive when all that had happened to them, happened to them," said Chapin.

Coach Chapin is getting all sorts of praise online but he said he doesn't want it. He just wants somebody to step up and give these boys a better shot on the court.

"I would love to use the news, use the people out there. I'm hoping this reaches somebody who can give them a positive basketball experience since their first one was so negative," said Chapin.