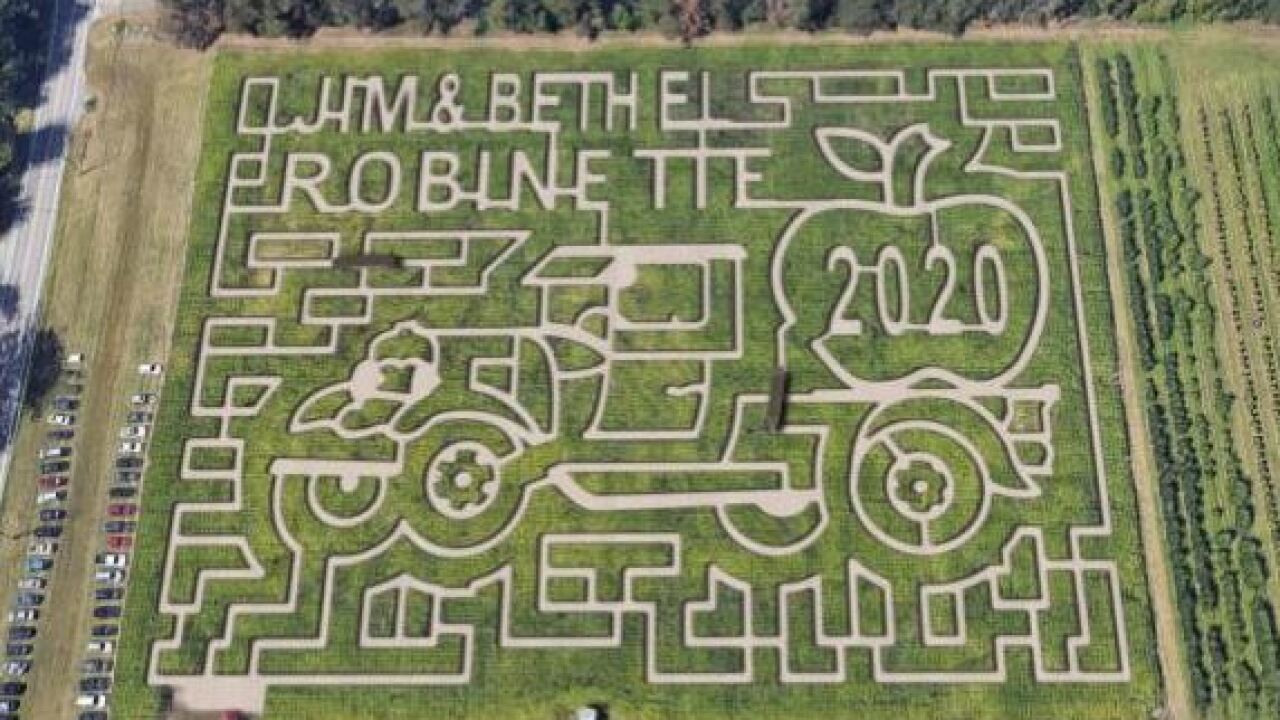 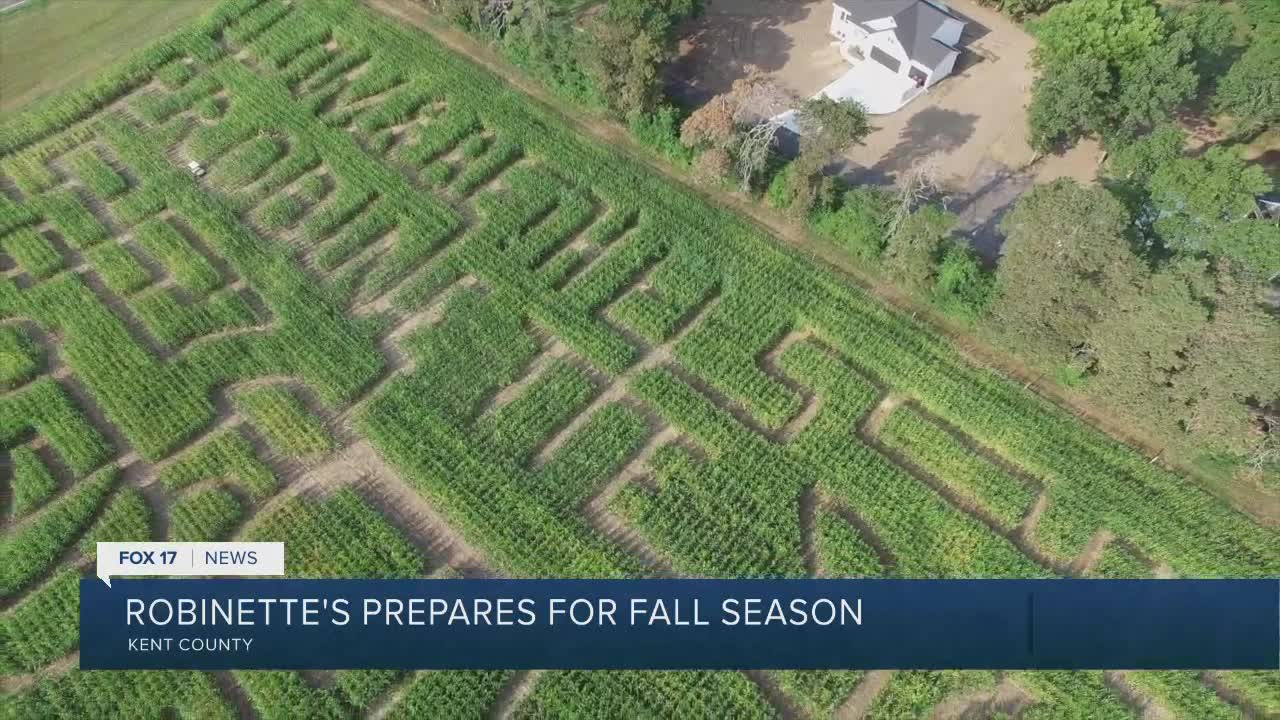 Robinette’s Apple Haus & Winery dedicated a maze design this year to the couple the farm is named after.

Jim and Bethel Robinette died a month apart from each other earlier this year.

"So, the design this year for the maze we decided to honor my grandparents, who passed earlier this year," said manager Allan Robinette. "We were able to incorporate their names into the design to honor their memories."

As the third generation to farm at Robinette’s, the couple turned the family’s wholesale fruit farm into a farm market open to the public in the early 1970s.

"The farm was started in 1911, and by the 1970s we were still a wholesale farm here and that just wasn't making ends meet for us," Allan said. "So my grandfather and my grandmother toured other farms to see what are they doing to make money."

Jim was named the "Apple Man of the Year" by the agricultural group Michigan Pomesters in March 2013.

Bethel used her degree in teaching to lead school tours at the farm.

This year’s maze design includes the 1929 Model A with the “big apple” in the truck bed.

The Model A has been in many parades over the years.

Tickets may be purchased at the farm at 3142 4 Mile Road NE in Grand Rapids Township. They'll be open 7 days a week after Labor Day.