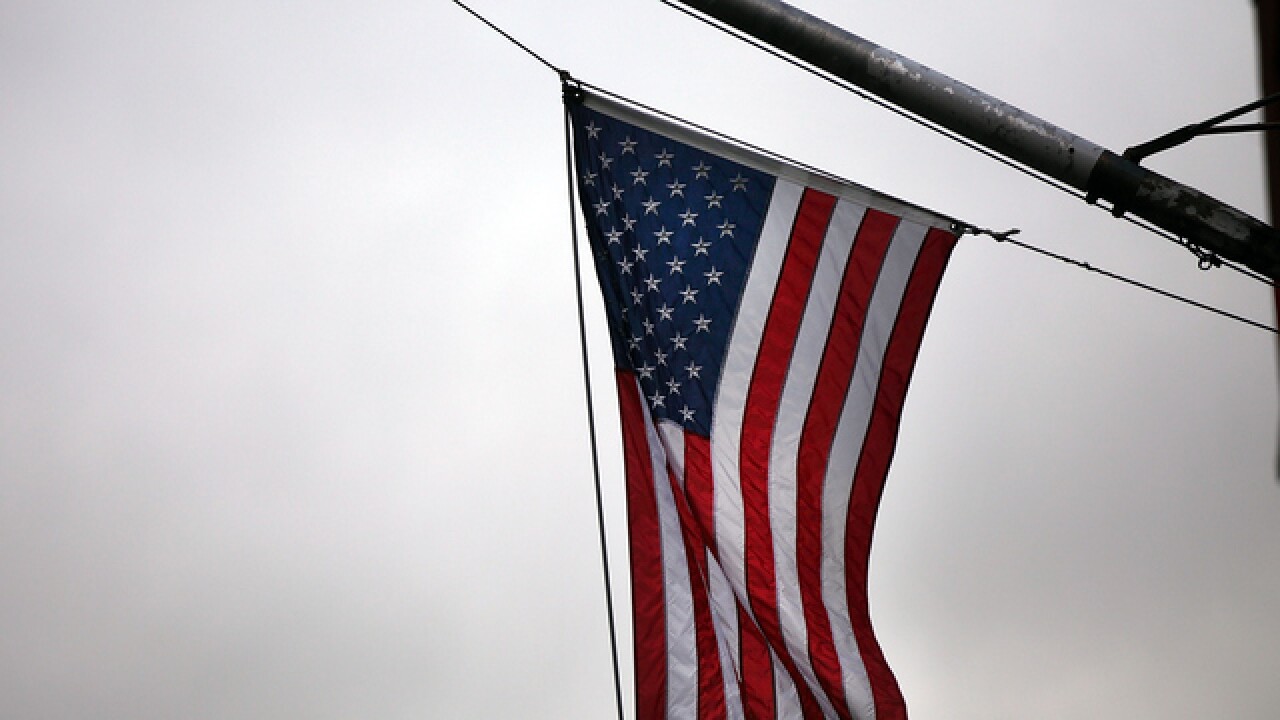 Spencer Platt
<p>NEW YORK, NY - SEPTEMBER 11: A flag flies half-staff at Engine Company 205 / Ladder Company 118 in Brooklyn Heights who lost eight men, including six who died together in their firetruck under the rubble in the 9/11 attacks, on September 11, 2015 in New York City. Throughout the nation people are holding somber gatherings and memorial events to reflect on the 14-year anniversary of September 11, 2001 that resulted in the loss of nearly 3,000 people. (Photo by Spencer Platt/Getty Images)</p>

LANSING, Mich. — Gov. Whitmer has ordered U.S. and Michigan flags within the State Capitol Complex and on all public buildings and grounds throughout the state to be lowered to half-staff on Tuesday, Nov. 12.

The flags will be lowered in honor of former Congressman Bob Traxler.

"Congressman Traxler embodied everything that it means to be a Michigander. He loved his family, his constituents, and the state that he served," Whitmer said. "Bob was an effective leader because he worked tirelessly to deliver results even when nobody was paying attention. Our state is stronger due to his service, and he will be dearly missed."

Traxler began his career in public service as a member of the United States Army, according to a news release. He served as an assistant prosecutor in Bay County and was elected to the Michigan House of Representatives, according to the release.

In 1974 he was elected to Congress and served as a member until he retired in 1993, according to the release, where he then served on the Mackinac Island State Park Commission and the Michigan State Board of Trustees.

He died on Wednesday, Oct. 30 at the age of 88 and his ashes will be buried in Mackinac Island Public Cemetery, according to the release.