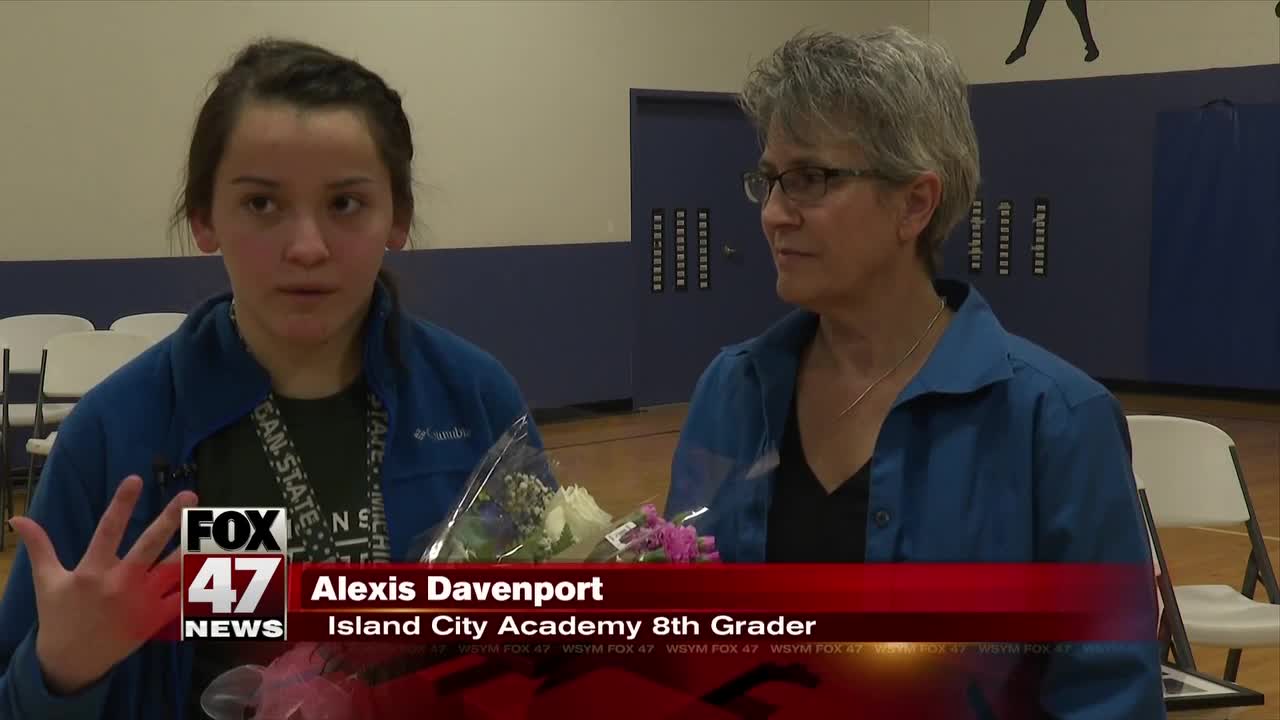 An eighth-grader turned her speech impediment into an award-winning essay. Alexis Davenport wrote about how she dealt with bullies who picked on her. She was surprised when she won an essay contest for her story about being bullied for her stutter.

An eighth-grader turned her speech impediment into an award-winning essay.

Alexis Davenport wrote about how she dealt with bullies who picked on her.

She was surprised when she won an essay contest for her story about being bullied for her stutter.

"I didn't have anyone who was like me in this way and then when I went to camp there were so many people like me," says Alexis.

Alexis found refuge in Camp Shout Out, a camp to help kids meet with Speech Pathologists and socialize with other kids with similar speech impediments.

"The whole environment is magic and we surround the kids with positive communication experiences so that they can know 'I can be a great communicator if I stutter sometimes'" says Camp Shout Out Co-Founder Julie Raynor.

Alexis' family says her confidence is the true gift.

"When she goes to camp, it's smiles when she arrives to bigger smiles when she has to go for a week and it's two hours of nothing but her telling everything that happened at camp," says Alexis' Father Allen Davenport.

"She's such a big hero to me and everything she has had to overcome, she's my hero," said Alexis' Sister Brianna Davenport.

"I'm glad that I've had the opportunity and I'm so happy to be back with some more positive role models," said Alexis "And who knows, maybe I'll write an essay about them."

Alexis was gifted Michigan State gear and the opportunity to attend basketball camp with MSU's basketball coach and a check for $500 to Camp Shout Out.

Out of the 14,000 applicants, Alexis went home with first prize.

She is the second student at Island City Academy to be a top ten winner of this award.