Troop 30788 in DeWitt thought of the idea after getting a new member, who is deaf.

A few years ago, Janine and her daughter, JJ LaVoy, walked up to troop leader Betsy Souza at a Girl Scout booth at the DeWitt Community Showcase. They had no idea that joining the troop would promote inclusiveness in the entire DeWitt community.

"They happened to wander by and asked if we would include JJ being a deaf member to our troop, and I said absolutely," Souza said.

Once in the troop, JJ and her mother, who is also deaf, and an interpreter, taught the members how to spell their names in sign language. The troop also learned the Girl Scout promise in sign language. But they are taking it a step further this month, taking classes to learn ASL completely.

"It's absolutely amazing; I mean, having the girls open up their world to another language has been great. Not only as a parent but as a leader. Because we are here to teach our girls how to be better people and help the world. And how much better can you do that than by being able to communicate with them?" Souza said.

JJ's mother, Janine LaVoy, was touched by the idea.

"It almost made me cry the other day. I remember growing up, it was so difficult to interact with other friends. Sometimes it was impossible to talk to other people, so she feels more involved now," she said.

LaVoy added that she and JJ are both looking forward to helping teach the troop ASL in addition to deaf culture. LaVoy says the best part is breaking down the communication barriers.

"I'm most excited about seeing her being able to communicate with her friends. It's such an amazing thing to watch," she said.

The troop will have three classes, and they hope to open them up to the rest of the community so they too can communicate with JJ. 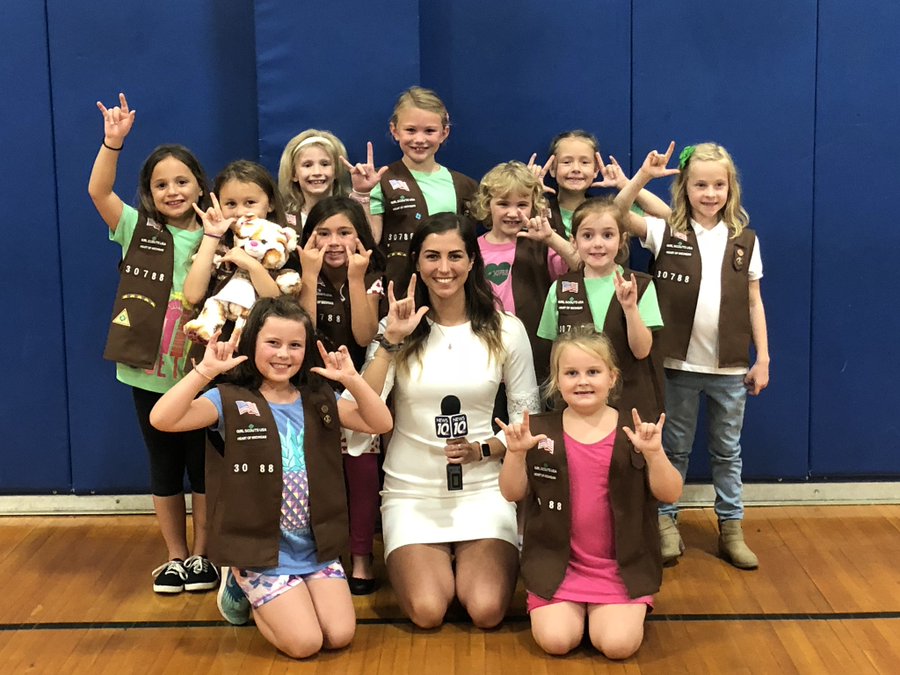 a local @girlscouts troop is learning sign language so they can better communicate with a member who is deaf. So excited to share this story