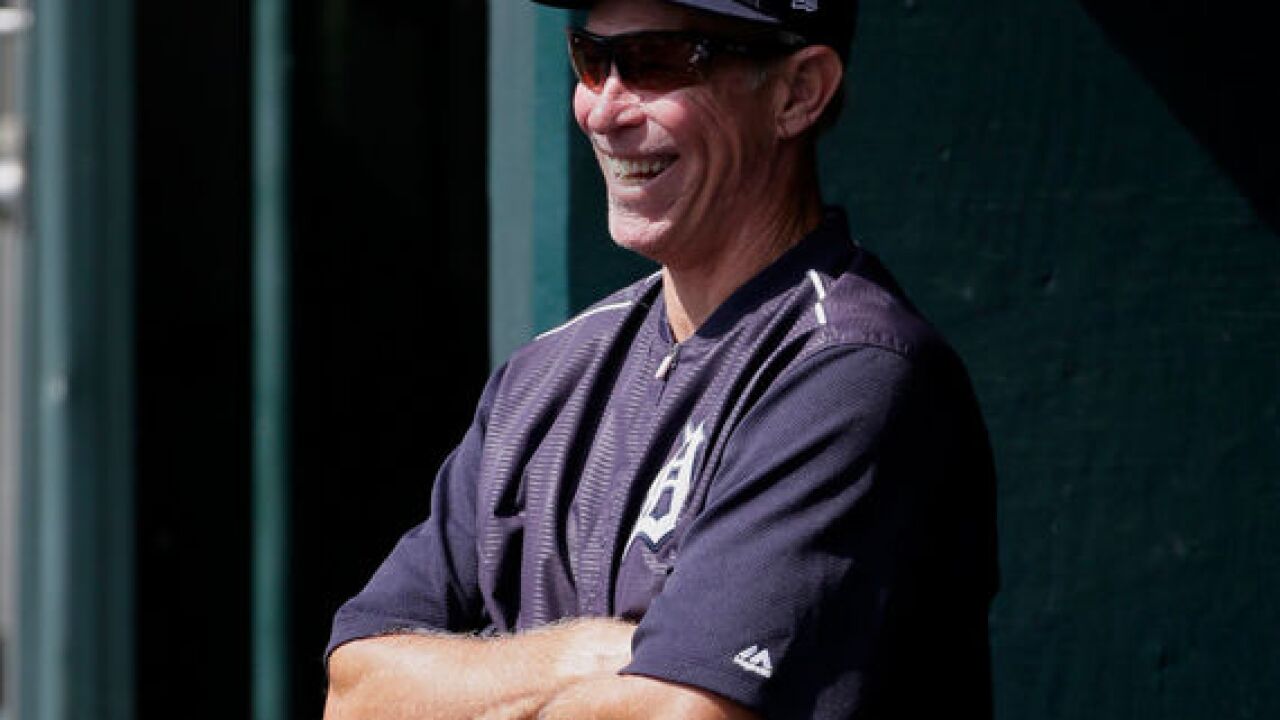 The Latest on the Baseball Hall of Fame inductions (all times local):

3:10 p.m.
Alan Trammell has been inducted into the Baseball Hall of Fame.

The former Detroit shortstop was selected by a veterans committee in December along with former Tigers teammate Jack Morris.

Trammell formed a stellar double play combination with Lou Whitaker, who was in the audience on a special day for Tigers fans.

"For 19 years Lou Whitaker and I formed the longest running double play combination in the history of baseball," Trammell said, recalling the two were called up to the Tigers on the same day. "Lou, it was an honor and a pleasure to have played alongside you all those years. I hope someday you'll be up here, too."

Trammell also thanked the late Sparky Anderson, who took over as manager of the Tigers in 1979 after leading the Cincinnati Reds to great success.

"Little did we know our lives were about to change," Trammell said. "We thought we were good ballplayers, but we found out we didn't know squat."
___
2:50 p.m.
Chipper Jones has been inducted into the Baseball Hall of Fame.

Pressure was an afterthought for Jones during his career, except perhaps at the beginning in 1990 when he struggled in Class A ball. He managed to keep his emotions in check on Sunday as he gazed down at his wife Taylor. She's due to give birth to a son that will named Cooper and the due date is Monday.

"She changed my life forever," Jones said as his wife brushed away tears. "It took me 40 years and some major imperfections in me along the way to find my true profession. Now we've taken our two families and blended them together. It has given me what I've been searching for my entire life — true happiness."

Jones was one of the greatest switch-hitters in baseball history, in the mold of his dad's favorite player, Mickey Mantle. He finished with a .303 batting average and had 549 doubles, 468 home runs, and 1,623 RBIs, credentials that earned him election on the first try.

Jones also heaped praise on his mom and dad.

"You're the reason I'm on this stage," Jones said.

He ended his speech by thanking the Atlanta fans.

"You stuck by me. You're the reason I never want to play anywhere else. I love you guys. Thank you."
___
1:20 p.m.
A crowd that's estimated to number around 50,000 is gathering outside the Clark Sports Center in the village of Cooperstown for the annual Baseball Hall of Fame induction ceremony.

Jones is expected to speak first because his wife Taylor is due to give birth to a son on Monday or earlier. They've made plans to have the delivery at the local hospital if she goes into labor and have already selected the name Cooper in honor of the special day.

With the six new inductees, a record 57 living Hall of Famers will be on the stage. Among those who will be watching from in front is Vladimir Guerrero Jr., the top prospect of the Toronto Blue Jays.

The family arranged for him to get the day off before the season. He'll report to Triple-A Buffalo on Tuesday in a promotion that comes as no surprise.
___
More AP baseball: https://apnews.com/tag/MLBbaseball