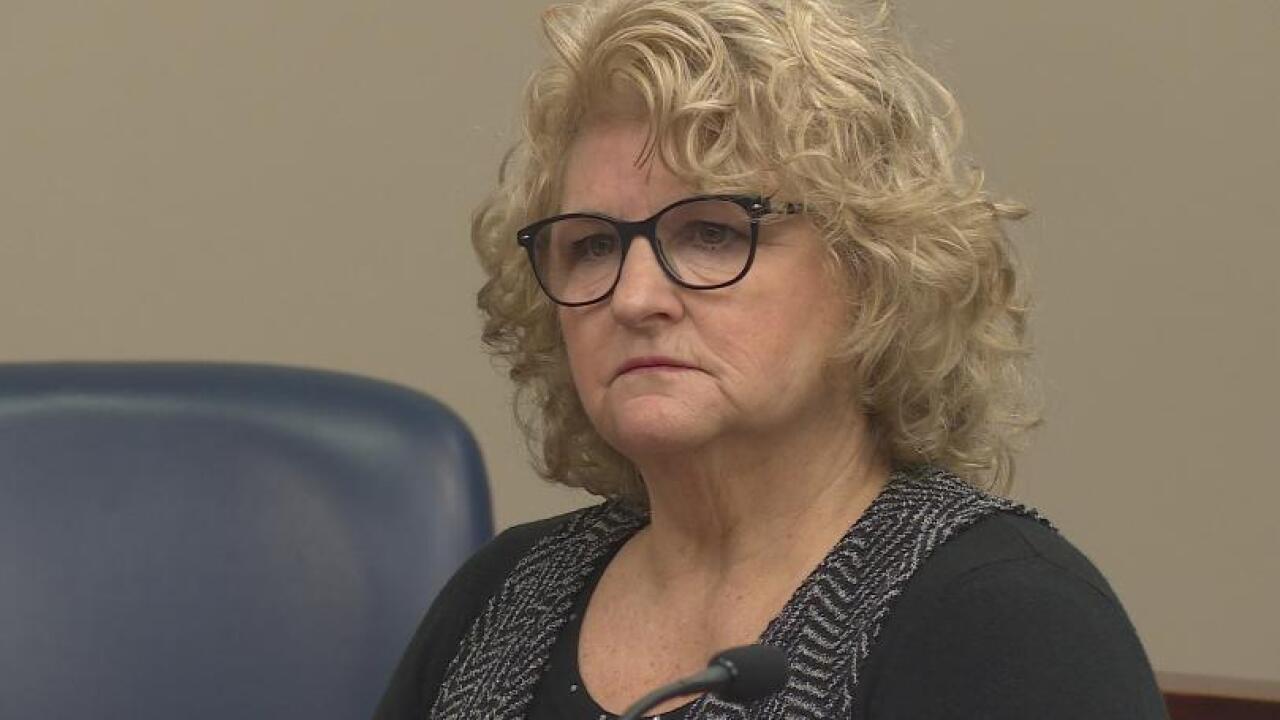 LANSING, Mich. — Friday marks day three of the Kathie Klages trial, and the day that the former MSU gymnastics coach took the stand.

Klages told the jury that she started Spartan Youth Gymnastics in the early 90's. She said that the group wasn't competitive like Twistars. Her role with them ended in 2000.

Klages said she didn't even remember Larissa Boyce or hearing a claim from her about any abuse from Larry Nassar.

She did admit to knowing the anonymous woman because she was on her daughter's gymnastics squad.

She said that she met Nassar in 1988 and developed a professional friendship.

When the Indy Star article broke about Nassar's abuse, Klages said on the stand that she defended Nassar to her gymnasts. She told the jury that she cried when she read the article. But she also asked her athletes to sign a card in support for Nassar.

She also said that none of her team members told her about any abuse.

She told the court that she does not have any memory issues.

Closing arguments are happening now, and later Friday, there could be a verdict.

On Thursday, the prosecution rested their case against the former MSU Gymnastics Coach.

Klages is charged with lying to police about when she knew about Larry Nassar's sexual misconduct on campus.

Also on Thursday, the defense team had witnesses on the stand that included two of Kathie's children that were in gymnastics.

Earlier in the trial, on Tuesday, Larrisa Boyce and another woman who wished to remain anonymous, testified that they told Kathie Klages they were sexually abused by Nassar in 1997 during the time they participated in Spartan Youth Gymnastics.

Atkinson told jurors he didn't meet with youth participants in his office and he would surprised if Kathie Klages did.

The jury is expected to start deliberations sometime Friday.