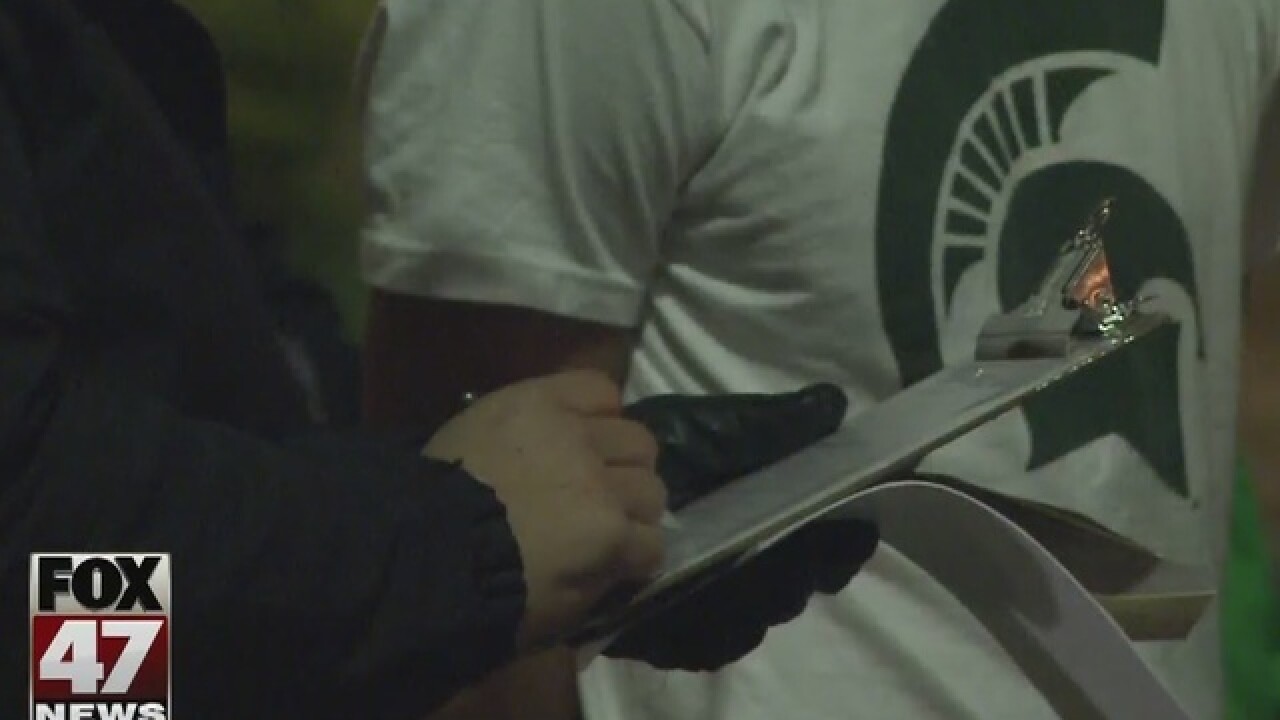 LANSING, Mich. — When Former Michigan State football Head Coach Mark Dantonio opted to retire in February, it left a majority of his former assistants without a job. Some of those assistants have landed on their feet. Mike Tressel and Ron Burton were retained by new MSU Head Coach Mel Tucker. Others have found new programs to be a part of.

One of his long-time assistants though is still looking for his next step. That is offensive assistant Mark Staten who has worked with the offensive line and tight ends. Staten is hoping to latch on with another program before football resume, but in the meantime he is staying busy partnering with 'Soldiers to Sidelines', an organization that develops and trains current and former military members to become coaches in various sports.

"I got a chance to talk to Harrison Bernstein who is in charge of it and we formed a little partnership and agreed on the things that they stand for," Staten said.

Staten's grandfather was a World War II and Korean War Veteran. His decision to partner with 'Soldiers to Sidelines' has already made an impact. Staten has started zoom calls with numerous offensive line coaches talking football and giving advice to both coaching hopefuls and young football players across the country.

"A great cause like soldiers to sidelines, put it out there and let people know that hey here's something that can help these young men who have finished their career in the army, navy, air force, marines and now go forward and maybe help," Staten explained.

The zoom calls, that can be seen on facebook, are something that Staten is hoping continues for the near future.