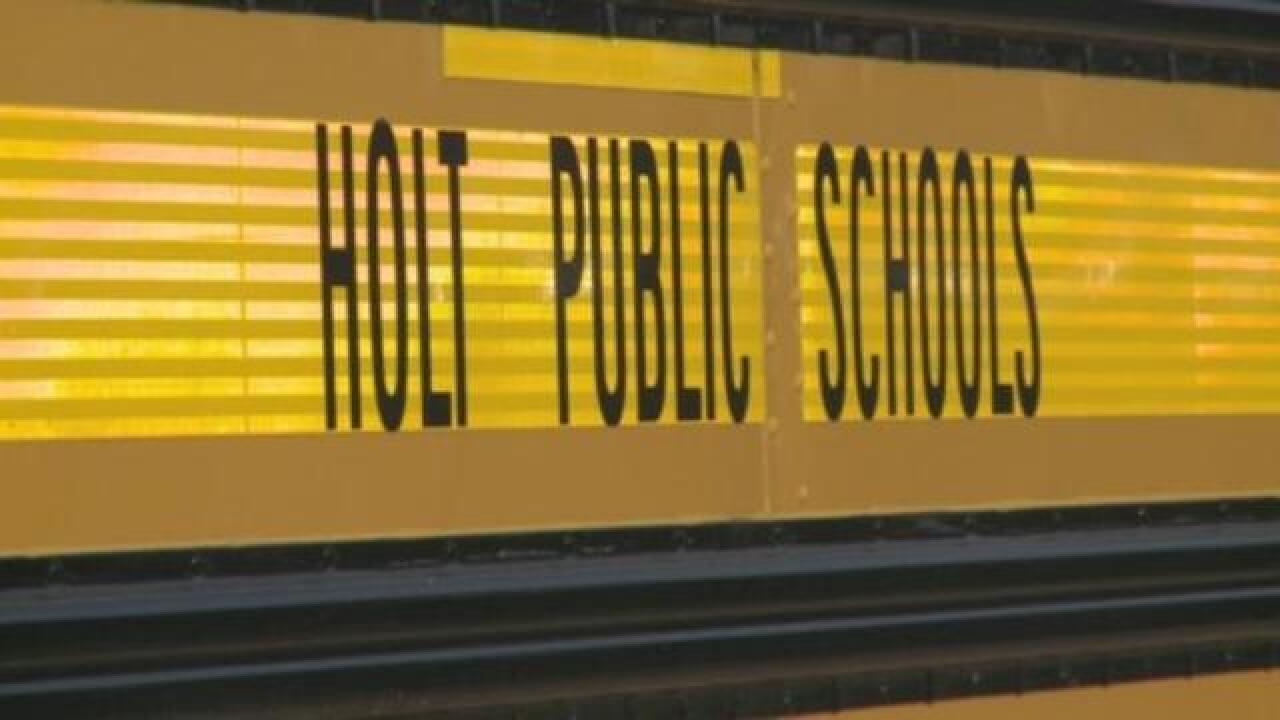 HOLT, Mich. — A man accused of criminal sexual conduct while he was a custodian working for Holt Public Schools has been arrested.

The Ingham County Sheriff's Department told News 10 that Benjamin Barker was located out of state and is in custody as of Friday morning.

The Superintendent of Holt Public Schools sent out a letter to the parents and staff regarding the criminal sexual conduct charges against a Barker.

Barker faces three felony charges of criminal sexual conduct that involve either a current or former student in the district. Court documents reveal two incidents occurred at the high school and another happened off-site.

Superintendent David G. Hornak wrote in the letter that when concerns were first raised about Barker the district took immediate steps to investigate the accusations and placed Barker on administrative leave.

Hornak says that during the investigation Barker resigned from his position.

Court records indicate Barker is charged with the felonies and misdemeanor stemming from at least one incident involving either a current or former Holt student.

Peter Trezise, Holt Public Schools’ director of human resources, said Friday morning that Barker worked as a custodian in the Holt district from July 1, 2018 until he resigned Sept. 13, 2019.

Trezise said he believes Barker was assigned to the high school and worked during school hours.

Trezise added he doesn’t know if the charges Barker faces are in connection with any interactions he’s had with a current student.

Trezise said there is nothing in Barker’s personnel file that indicates he was ever disciplined while he was a district employee.