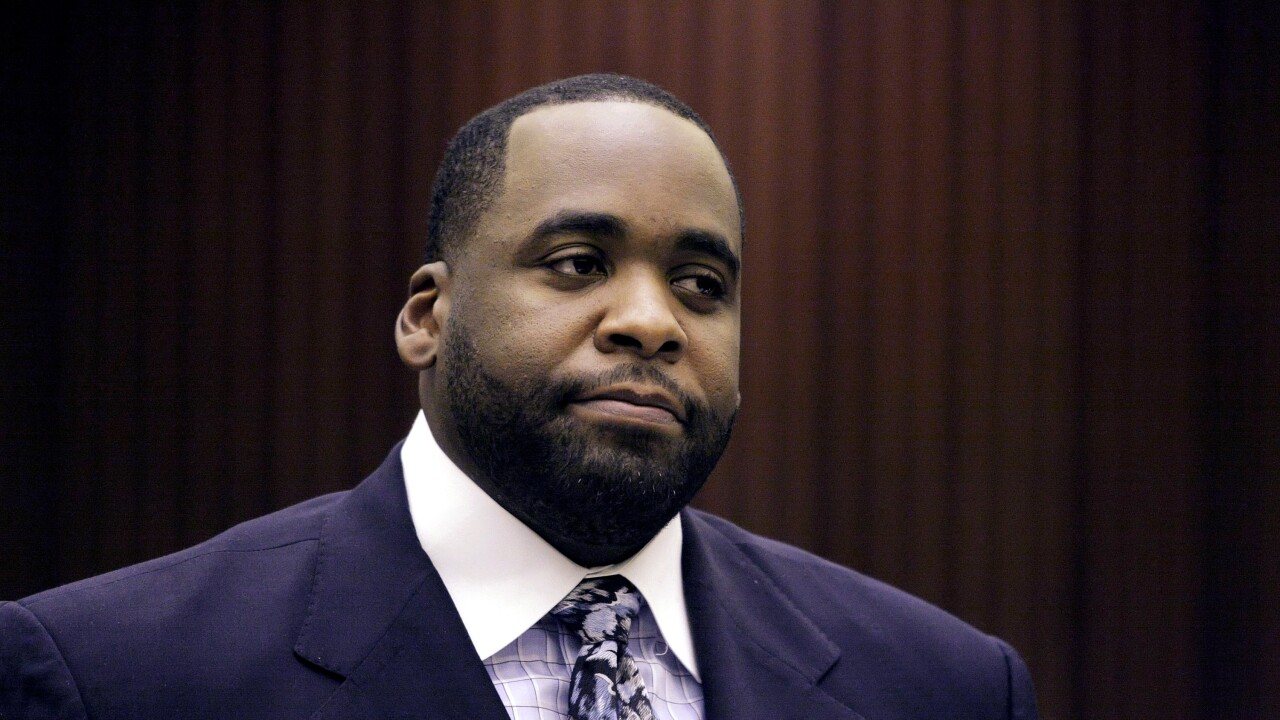 Bill Pugliano/Getty Images
DETROIT - OCTOBER 28: Former Detroit Mayor Kwame Kilpatrick appears in Wayne County Circuit Court for his sentencing October 28, 2008 in Detroit, Michigan. Kilpatrick will spend 4 months in jail as part of a plea deal he accepted back in September in which he plead guilty to two felonies and no contest to a felony assault charge. (Photo by Bill Pugliano/Getty Images)

LANSING, Mich. — Former Detroit Mayor Kwame Kilpatrick is going to be released from federal prison due to the coronavirus pandemic, according to a press release sent from the Ebony Foundation.

The foundation said Kilpatrick has been granted "home confinement" after spending seven years in federal prison. Ebony said he will be in quarantine and will move to home confinement until June 10.

The foundation said it will be holding a press conference on June 10, which Kilpatrick will be speaking it.

The former mayor resigned in 2008 following a corruption scandal and was sentenced to 28 years in prison in 2013 for racketeering, mail fraud, and wire fraud, among other charges.

Back in March, the foundation said it collaborated with National Baptist Convention of America, the NCAAP, National Business League and a coalition of over 30 black megachurches to call for Kilpatrick's early release. State Rep. Sherry Gay-Dagnogo requested clemency from President Donald Trump for the former mayor.

“Kilpatrick was sentenced to 28 years in federal prison for his crimes. And while there has been a lot of debate about his guilt or innocence, we were arguing neither, rather, we were opposing the excessive nature and length of his sentence. Kwame Kilpatrick’s punishment of a 28-year sentence did not fit the crime.” said Rev. Keyon S. Payton, National Director, Community Outreach and Engagement for EBONY. "As EBONY celebrates its 75th year, we take pride in continuing to use our platform to raise awareness to issues of social justice and civil rights."

Kilpatrick is a Michigan State University alum. He graduated in 1998 with a degree in law.

Before serving as mayor, Kilpatrick was a teacher and basketball coach Marcus Garvey Academy in Detroit, according to MSU's website.

You can view Ebony's full press release on Kilpatrick attached to this article.