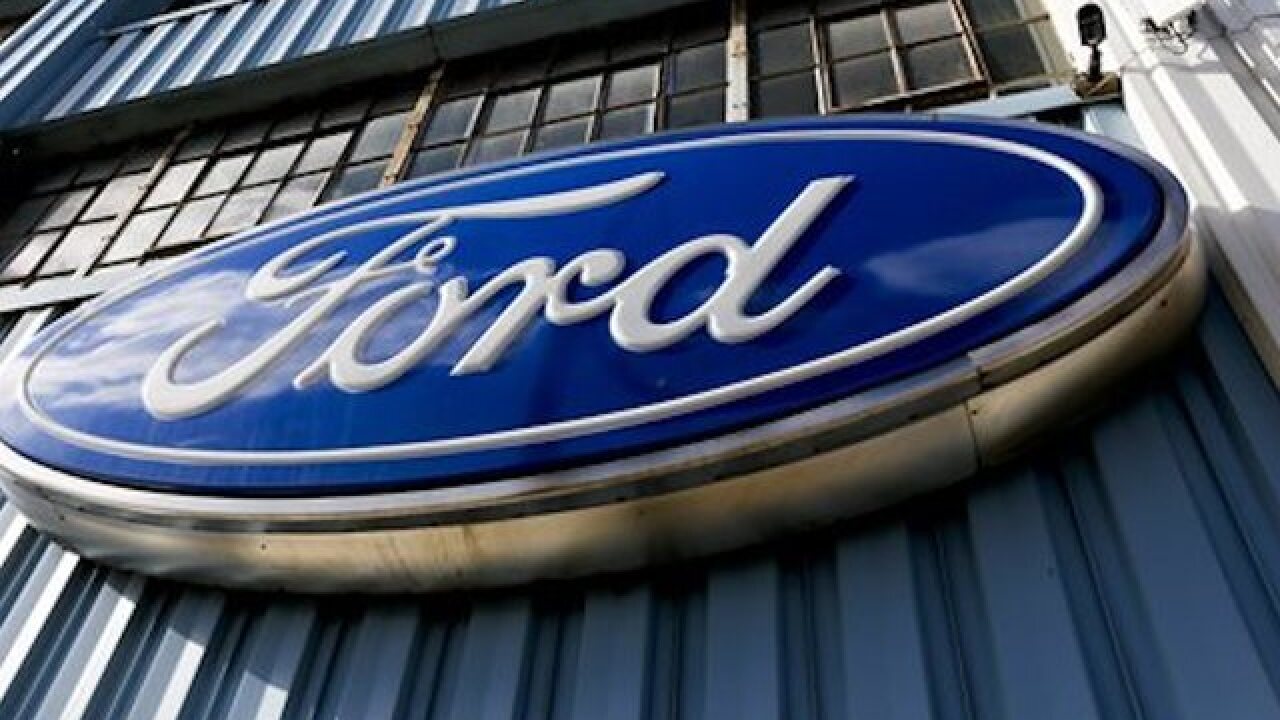 Copyright Associated Press
Keith Srakocic
<p>This Thursday, Nov. 19, 2015, photo, shows a blue oval Ford sign above the entrance to Butler County Ford in Butler, Pa. Ford announced Tuesday, Jan. 26, 2016, that the company is recalling nearly 391,000 Ranger pickups because the driver's air bag inflators can explode with too much force and cause injuries. The recall covers trucks from 2004 through 2006 in the U.S. and Canada. (AP Photo/Keith Srakocic)</p>

LANSING, Mich. — Ford is extending the warranties on about 560,000 small cars in the U.S. and Canada to cover a litany of problems with a troubled six-speed automatic transmission.

The company has faced a string of lawsuits and complaints about the transmissions, which can lurch into gear or feel like they are slipping.

It extends clutch warranties to seven years or 100,000 miles, while the warranty on the transmission control computer goes to 10 years or 150,000 miles. Ford also will reimburse customers in this group who paid for clutch repairs out of their own pockets, and it's giving owners of older Focuses and Fiestas another chance to get a free transmission software update.

The extension, coupled with previous Ford actions, means that all Focuses and Fiestas built before the second half of 2015 will get the extended warranties. The company says fixes were made at the factory for cars built after that time.

It's another development in a long string of problems with the Ford transmissions, which have resulted in a lawsuit settlement in the U.S. and a fine in Australia. In 2017, Dearborn, Michigan-based Ford settled a class-action lawsuit and agreed to pay owners of 2012 to 2016 Focus and 2011 to 2016 Fiesta cars up to $2,325. Those who paid for repairs could also be reimbursed in the complex settlement.

Vice President of Powertrain engineering Dave Filipe says tests show that customers are satisfied with cars that have received transmission hardware and software updates. Third-party surveys such as J.D. Power & Associates show the transmission "provides a competitive level of shift quality," Filipe said. The warranty extensions are not related to the lawsuit settlement, Filipe said.

The latest batch of cars originally had a five-year, 60,000-mile transmission warranty, but didn't get the extended warranties offered on older models until now. Filipe said Ford fixed clutch seals on many of the cars but realized later that customers still were unhappy. The company also saw an uptick in clutch repairs from the latest group of cars, he said.

In July, the Detroit Free Press reported that Ford knew the transmissions had problems before they went on sale, and that thousands of people have complained to the government about safety problems with them. The National Highway Traffic Safety Administration, the U.S. government's road safety agency, said Wednesday that it reviewed complaints about the transmissions and other data and "has not found evidence of an unreasonable risk to safety."

"The customer satisfaction campaigns announced by Ford are intended to address reports involving shuddering and loss of power of affected vehicles," the agency said in a statement. "The agency will continue to monitor complaints and other data, maintain communication with Ford, and take action as necessary."

Filipe said Wednesday that Ford's action had nothing to do with the newspaper report, and denied that the company was aware of problems before the cars went on sale. "At every step we acted right away to address the issues," he said. But he conceded that it took too long to resolve the problems.

"Ford understands and regrets that many customers have been inconvenienced and frustrated by the performance of the DPS6 transmission," Filipe said.

TOP ARTICLES1/5READ MOREBill could create a school tax holidayThe transmissions, designed largely for fuel efficiency, came out in the 2011 Fiesta and 2012 Focus, at a time when gasoline was $4 per gallon. But they shifted roughly, performing more like a manual transmission than automatics that U.S. drivers were used to.

You can enter the VIN of your car on nhtsa.gov to see if it's affected by the recall.