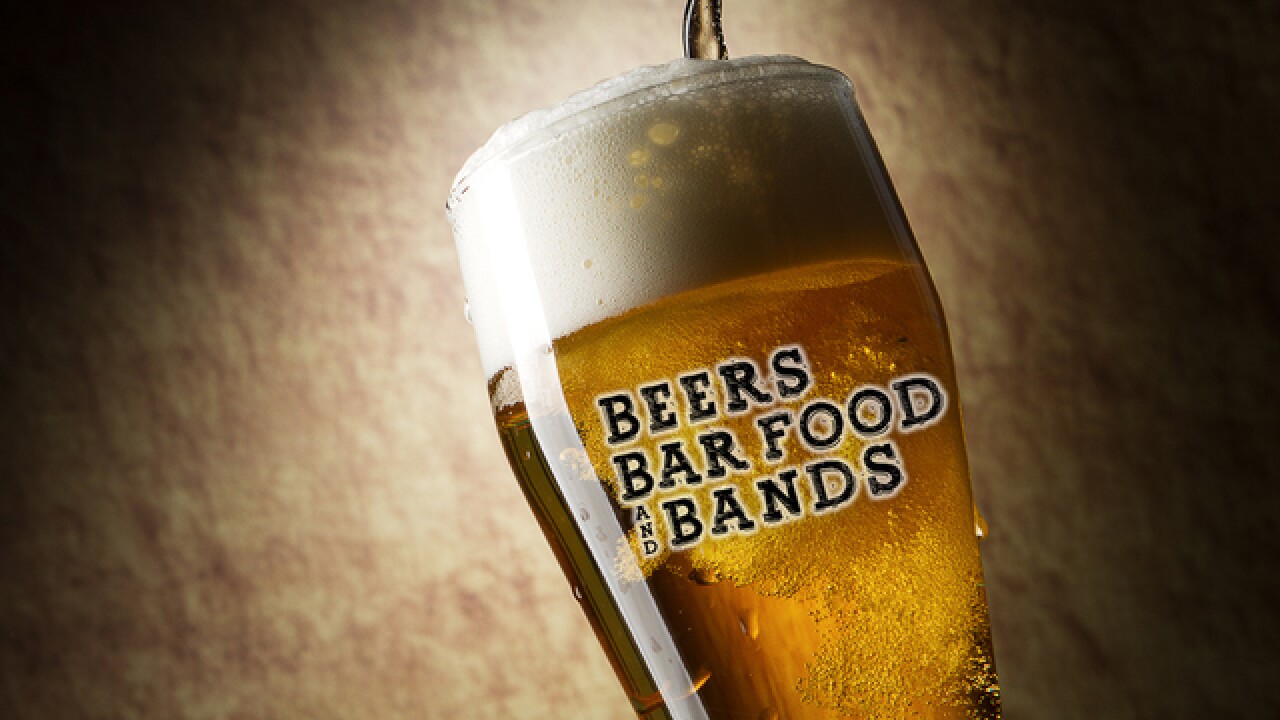 The Michigan Licensed Beverage Association will host a new beer festival this fall. The first annual Beers, Bar Food and Bands will celebrate the eponymous trifecta on September 8, 2018 from 3-8 p.m. at Adado Riverfront Park in Lansing.

“People come out and they want a good drink, they want good food and they want good music,” said I’m A Beer Hound’s Paul Starr, festival organizer and the force behind Lansing Beer Fest and Beerfest at the Ballpark. “If you accomodate all those things, people are going to have a great time.”

Beers, Bar Food and Bands will replace Beerfest at the Ballpark Fall. This new festival will celebrate “world class beer,” with over 40 local, regional and international microbreweries, cideries and distilleries offering over 150 craft beverages. Many of the breweries represented will be from out of state and across the pond, including the likes of Alaskan Brewing, New Belgium Brewing Company, Sierra Nevada, as well as a variety of top tier German and Belgian breweries.

“We’re not bringing in mainstays, we’re bringing in something that beer geeks are going to get excited about,” Starr said.

Food is a central feature of the event, Starr said. As many as 15 greater Lansing eateries will be furnishing samples of their best bar food, with dishes like gourmet tacos, pizza, chili and wings—“all kinds of beer-drinkin’ food,” Starr said. Food samples can be purchased with food tickets, which are not included in the festival ticket cost and will sell for $1 each. Sample prices will vary between participating restaurants.

The Darin Larner Trio will open the music portion of the festival, providing southern rock tunes. Other bands performing include LOA, Off The Ledge and Vandalay, which Starr described as some of Lansing’s best musical acts.

Proceeds from the festival will benefit the National Hospitality Institute, a nonprofit encouraging safety in hospitality by overseeing online and classroom seminars for everything from server training to food safety courses. The institute trained Beers, Bar Food and Bands volunteers to safely dispense alcohol and not over-serve festival patrons.

“This event has so many layers to it,” Starr said. “I think that will make it strike a chord with more people.”

General admission tickets are available for $30 and come with 10 tickets for beer. VIP tickets cost $40, come with 15 beer tickets and enable festival access an hour early at 2 p.m. Designated Driver tickets are $15. All tickets can be purchased online [mittenbrew.us7.list-manage.com].