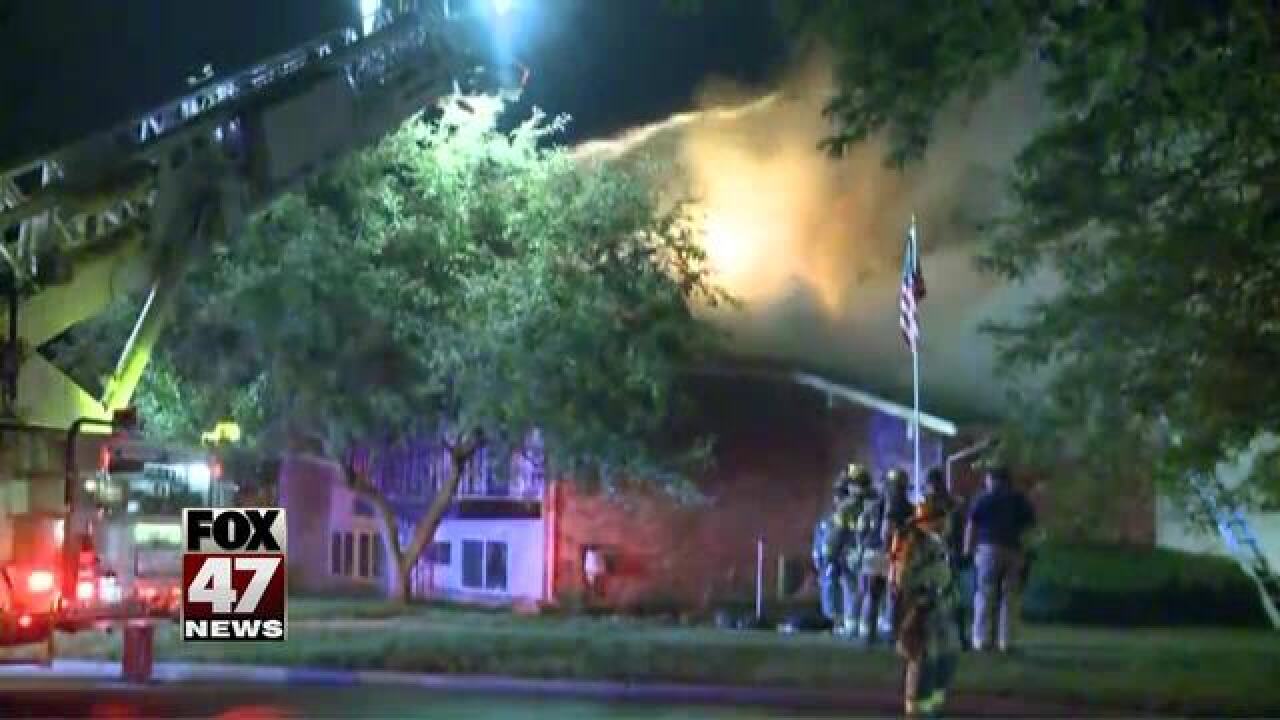 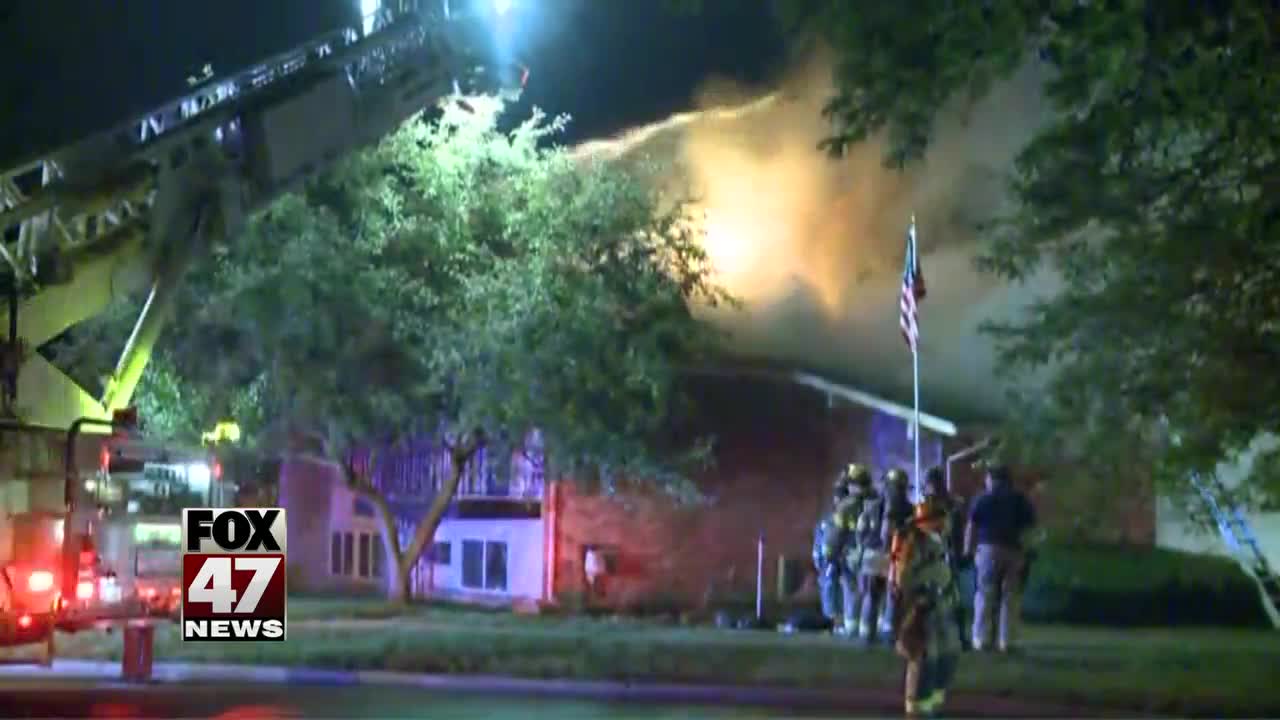 The Lansing Fire Department says one firefighter was injured while battling an apartment fire on Lansing's south side Tuesday morning.

Firefighters got the call about a fire at the Stone Ridge Meadows apartments on Kaynorth Road right around 3 a.m.

When firefighters arrived at the scene, flames could be seen shooting out of the roof of the office building at the apartment complex.

The Lansing Fire Department says the firefighter that was hurt battling the fire suffered minor injuries.

Firefighters were pulled out of the building so other crews could battle the flames with a ladder above the roof.

The Lansing Fire Department tells News 10 that a man was inside the home at the time of the fire and a neighbor was the one who called it in to dispatch.

That same neighbor used rocks to throw at the window of the man's home to get his attention to get out of the building, fire officials said.

Everyone was outside of the building when firefighters arrived on scene.

The fire was put out after about an hour.

The American Red Cross is helping out the man who was displaced by the fire.

The cause of the fire is under investigation.

Stay with FOX 47 News as we continue to follow this developing story Make sure you refresh your web browser to ensure you're seeing the most up-to-date information.