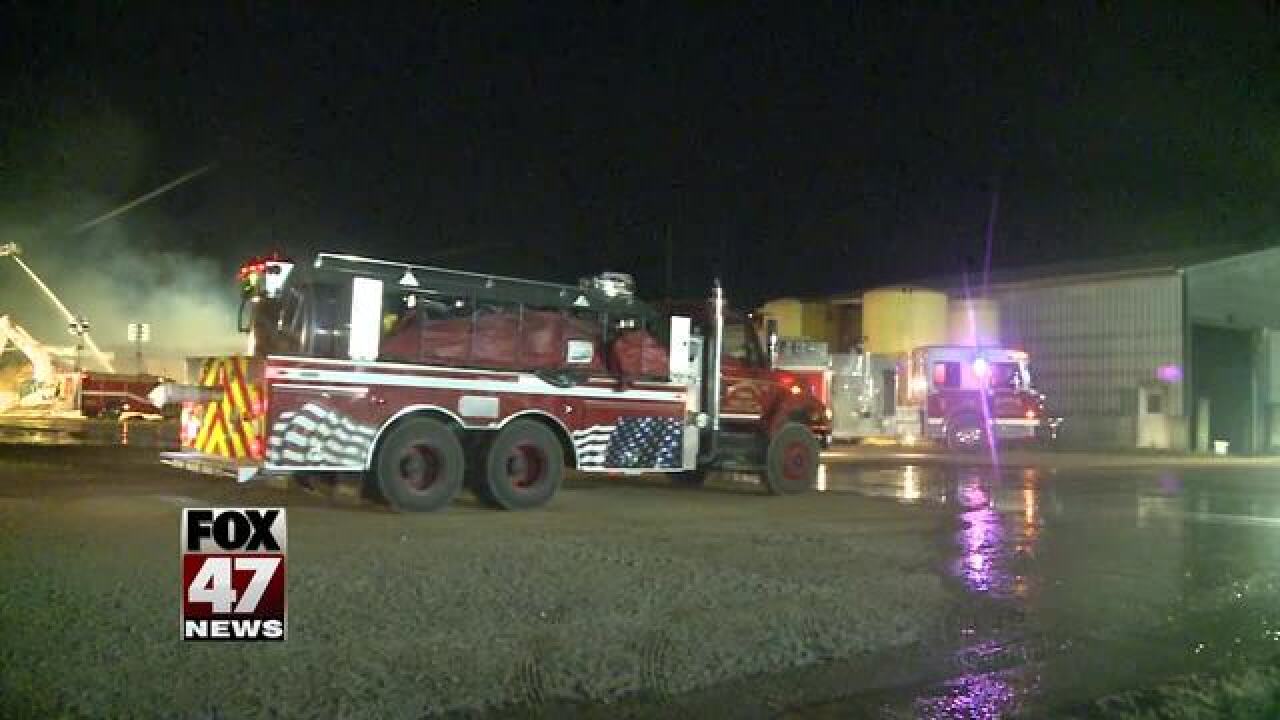 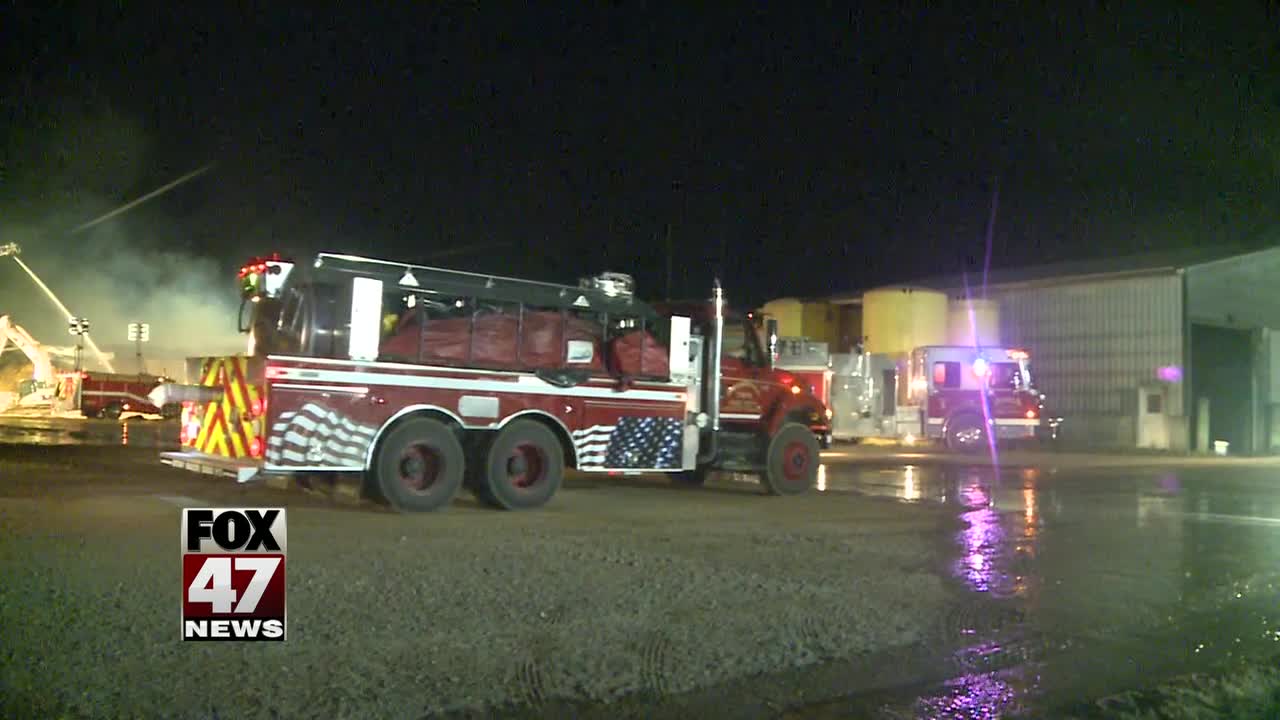 Fire departments from four different counties battled a fire for hours that destroyed a barn in along the Clinton-Ionia County line Tuesday.

The fire started just after 9:30 a.m. at a barn located off of Hubbardston Road in Pewamo.

Dozens of firefighters worked for several hours to battle the fire. Crews were on scene for most of the morning Wednesday, tearing what was left of the barn down with bulldozers.

Fire officials say one firefighter was taken to hospital for heat exhaustion Tuesday.

The massive was packed with 9,000 bales of straw.

No one, including animals were hurt in the fire.

The owner of the barn tells FOX 47 he suspects the fire was caused by a piece of equipment that malfunctioned inside the barn.