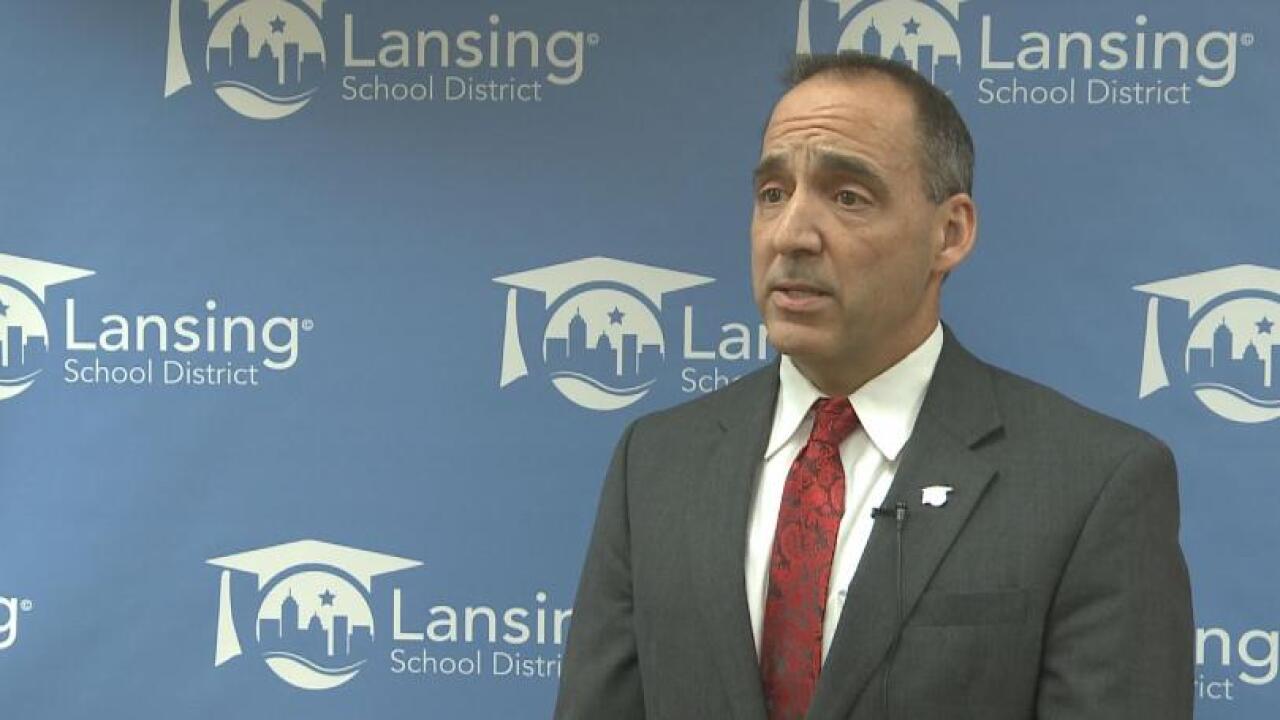 LANSING, Mich. — Backlash continues to mount against the acting Lansing Schools superintendent getting the job permanently as more parents and community members spoke out Tuesday night.

They showed up at a public forum to say Mark Coscarella is not the person for the job.

Even more community members turned out for Tuesday's meeting than last week's, with many of them coming with prepared statements. Those who did turn out made their opinions clear--saying they don't want Coscarella as the superintendent.

"We are talking about a culture of disregard for and of marginalization of girls and women's voices. If the next superintendent comes directly out of that culture...I do not know how we can expect to change," one woman said to everyone there.

Presenters from the Michigan Association of School Boards asked people to fill out post-it notes to say what they want and don't want in Lansing's next superintendent. The post-its were then read out loud.

"I am deeply disappointed that I have to say this but honestly, not much else matters at this moment beyond having a candidate with no sexual harassment or misconduct," one read.

People there clapped and cheered after it was read aloud.

People who came to the meeting say they're worried about where the search is headed.

"I think the whole situation is scary because we as parents put so much trust in the administration because if something happens that is unsafe for our kids, that's who is going to have to deal with it," parent Elinor Jordan said. "If people don't believe them...that can be incredibly damaging, and so it's terrifying as a parent quite frankly."

Parents and community members hope the board listens and takes everything into consideration: post-it notes, police reports, and all.

"I'm worried about a culture that condemns survivors who come forward and makes comments that they won't be believed because children are listening," parent Tashmica Torok said. "The best-case scenario is that they slow down, open up the search as wide as possible and prioritize the children in the district and their safety and not hire Dr. Coscarella." Torock is also the Executive Director of the Firecracker Foundation.

The Michigan Association of School Boards will share the information with the Lansing School Board at its next board meeting on Nov. 21st. The board hired an independent investigator to look into the allegations against Coscarella.

No criminal charges have been filed against him.

A petition has been started by local organizations to oppose Coscarella becoming the next superintendent.

Open interviews with other candidates are tentatively scheduled for Dec. 11 and 12. They are open to the public.

You can also take survey to weigh in on Lansing School's superintendent search.

The school board hopes to makes a decision before winter break.