Family, friends of 14-year-old murdered in Jackson call for justice 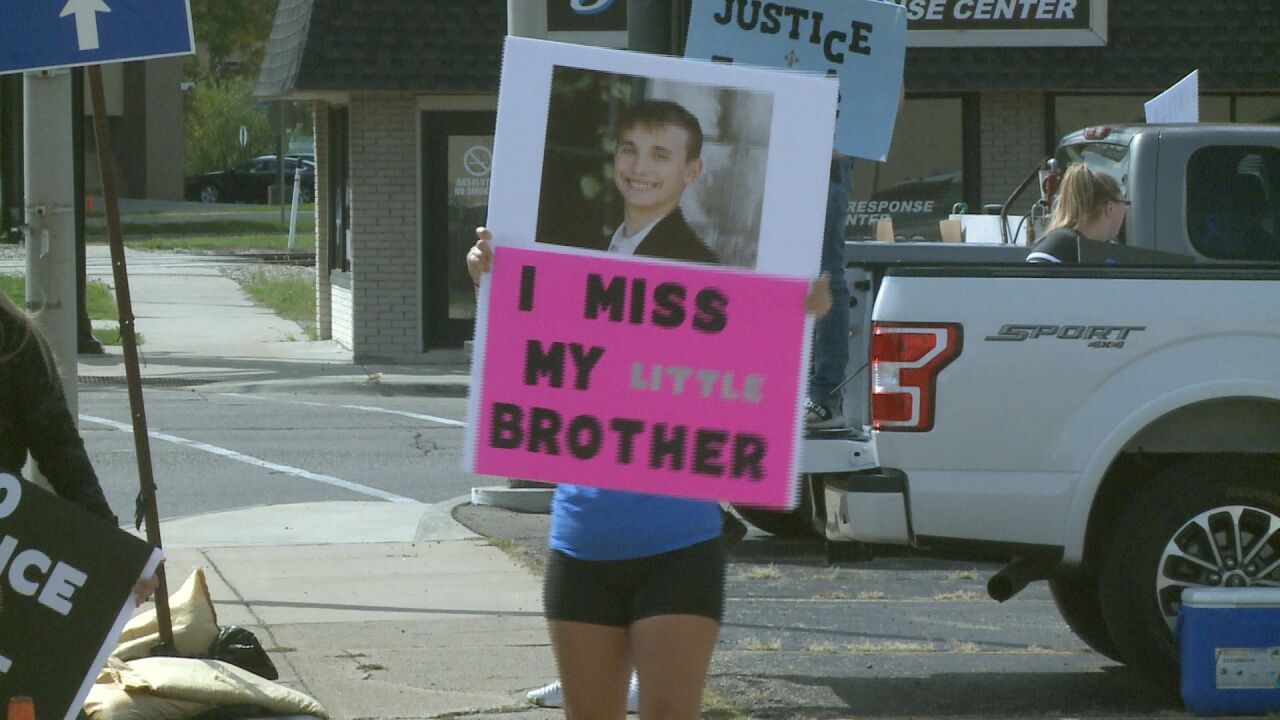 A crowd of people stood on the corner of Holda’s in Jackson holding signs and chanting, “Long live Cameron!”

The murderer of 14-year-old Cameron Kasprzyckis is still at large. Kasprzyckis was fatally shot in his home and left to die.

According to his sister Cheri Kasprzyckis, the family has been harassed and stalked by the person they believe to be her brother’s killer.

The family is calling for people who have any information regarding his death to speak up so they can put the person behind bars.

“Some days are good and some days are worse. The biggest part that we have right now is we’re trying to grieve and find the new norm and filling the void in our life,” said Cheri Kasprzyckis. “We’re having harassment, we’re having stalking, we’re being followed. They’ve been coming by our houses and we don’t live at the same house Cameron lived at so they’re going out of their way to find us and seek us out. If they could just go away at this point that’s what we’d really like.”

Police have investigated the harassment, and prosecutors are filing a petition against a juvenile.