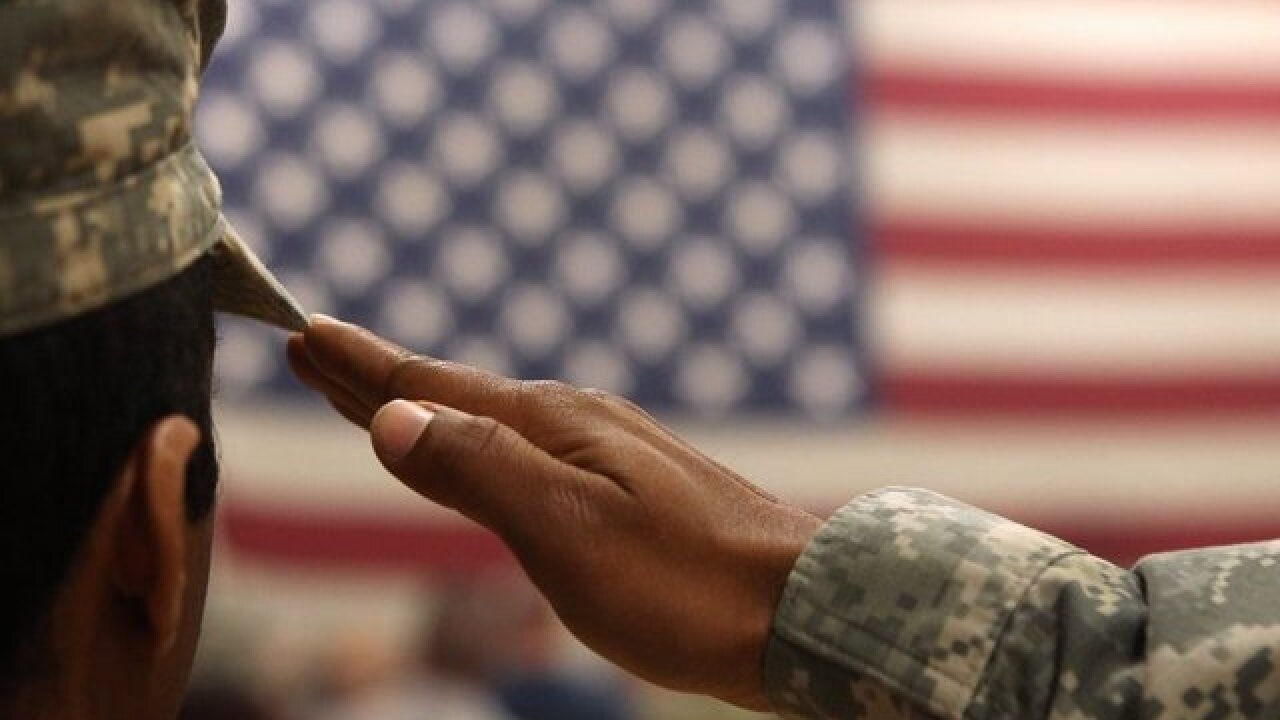 The family members of Michigan fallen heroes will join Mr. and Mrs. Johnny Brann to speak before the Military and Veterans Affairs Committee on Tuesday, October 2nd at Noon regarding a House Bill 6063.
This bill states that a zoning ordinance shall not regulate or prohibit signage or flags that are located on or within a building and that commemorates anyone who dies in the line of duty, including police officers, firefighters, medical first responders, members of the United States Armed Forces or veterans of the United States Armed Forces.
House Bill 6063 is authored by State Representative Jason Wentworth after he learned about the situation between the City of Grand Rapids, Michigan and Mr. Johnny Brann.  The City of Grand Rapids insisted that  Mr. Brann remove flags honoring fallen heroes from outside of his restaurant because of a violation of zoning ordinances.
“When I first learned about the zoning ordinances in Grand Rapids and the situation with Mr. Brann, I was compelled to take this to the State level.  Michigan communities should have the right to honor and memorialize our fallen heroes.  It is my priviledge to work with Mr. Brann and families like Mr. and Mrs. Kozminski and Mr. and Mrs. Warsen to bring light to this important subject,” says Representative Jason Wentworth.
Speaker of the House and State Representative Tom Leonard has served as a strong proponent of this bill.  “This bill will ensure that our fallen heroes will always be remembered  and honored for giving the ultimate sacrifice in protecting our freedom around the world and protecting the citizens everyday in their communities.  This bill is incredibly important to the families of our fallen heroes,” says Johnny Brann of Brann’s Restaurants.
Mr. David Warsen, Father of Fallen Navy SEAL David Warsen Jr., will speak before the Committee.  Mr. and Mrs. Richard Kozminski, Parents of Fallen Hero Grand Rapids Police Officer Robert Kozminski will also speak.  In attendance will also be Retired Grand Rapids Police Officer Steve Moreno.
“I will be forever indebted to Representative Wentworth for bringing this important bill forward to ensure that our fallen heroes who have made the ultimate sacrifice for our communities and our country are always remembered and honored.  I strongly believe that this is a step forward to protecting the memories of those who served and ultimately gave their lives.  My hope is that this bill will gain exposure throughout the State of Michigan, gains national attention and communities throughout our great country will implement similar steps to remember these brave men and women,” says Brann.
Media are welcome to attend.  This meeting will be conducted in the State House Office Building, Room 327 (3rd Floor).
Background Information:
Navy SEAL David Warsen of Kentwood, Michigan was killed in Afghanistan when a Blackhawk Helicopter crashed during a Special Operations Mission on August 16, 2012.

Office Robert Kozminski was fatally shot in a Grand Rapids, Michigan driveway while responding to a domestic disturbance on July 8, 2007.