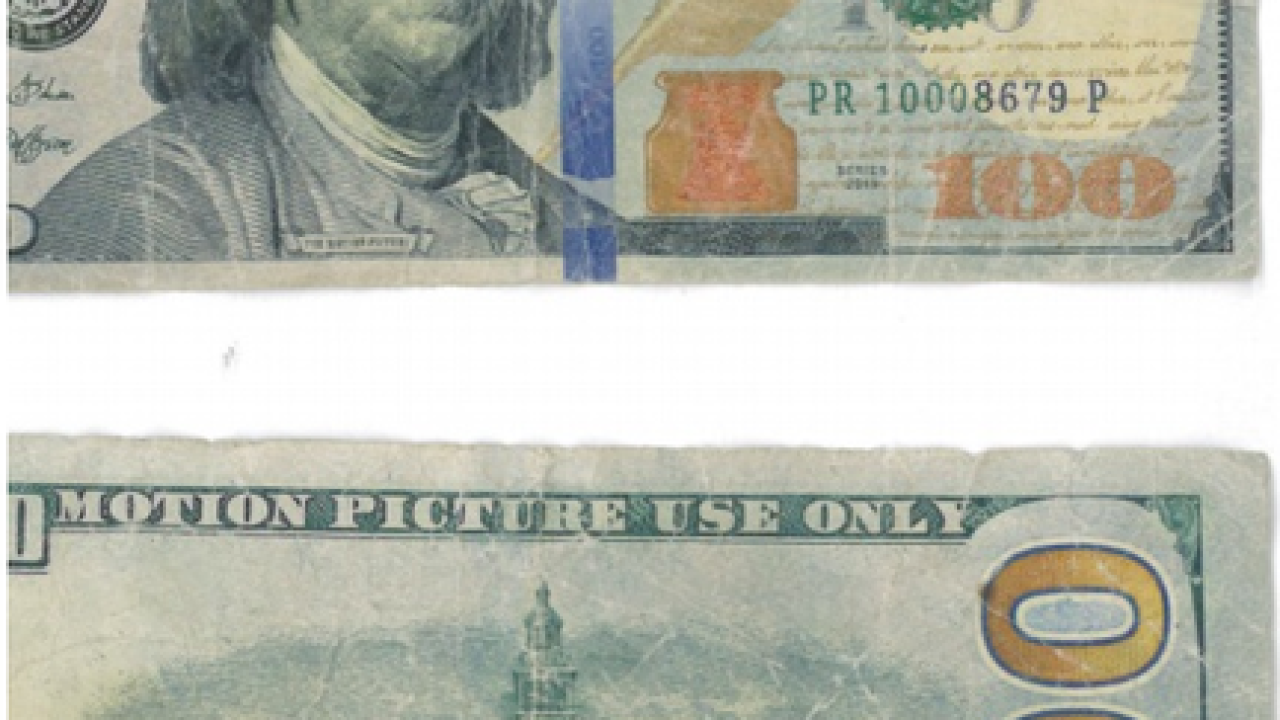 Some counterfeit money is circulating around Mid-Michigan.

Lansing Police say someone is passing fake hundred dollar bills that are really just movie props. The proof is written on the top of the bill.

It says "For Motion Picture Use Only" where it should say "The United States of America." Ben Franklin is also sporting a goofy grin instead of his normal expression.

The fakes have mostly been given to food delivery drivers. Let police know if you get one.