Faculty march for change with students 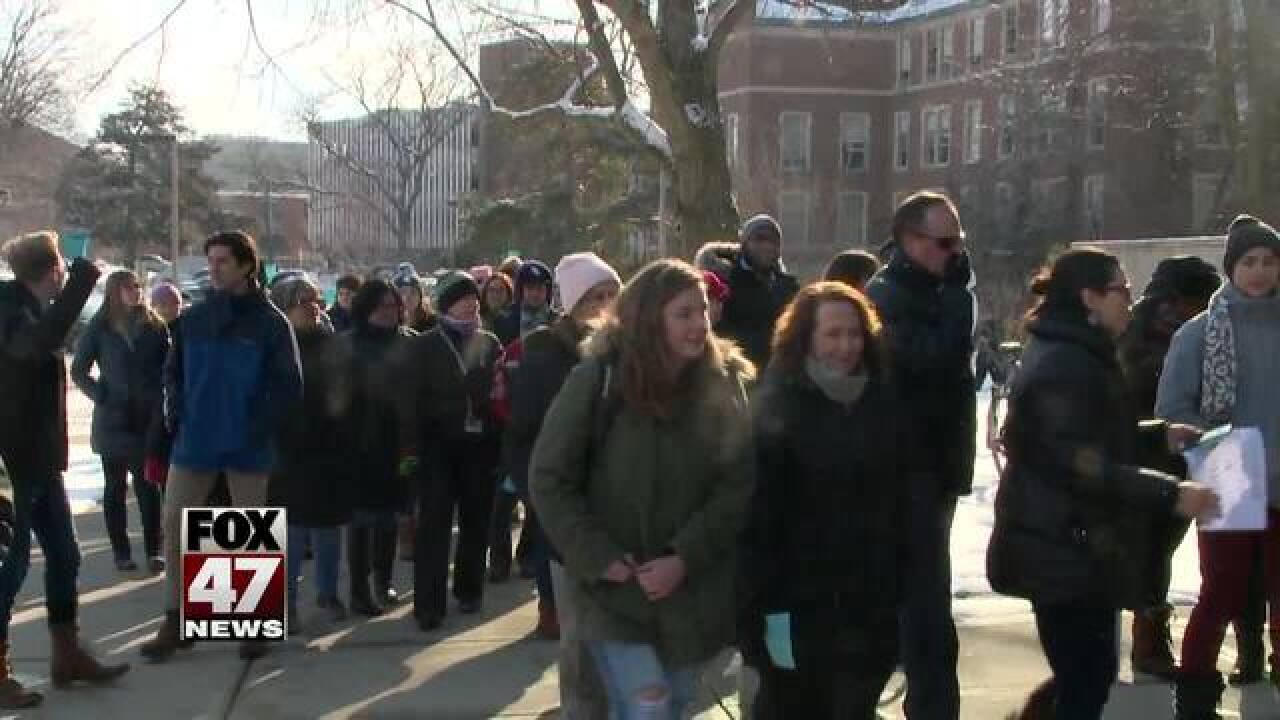 MSU students who've been protesting for a change in leadership at Michigan State University were joined by their teachers.

Tuesday morning, students and faculty walked from Erickson Hall to the Hannah Administration building to call on both the Board of Trustees and the newly appointed interim president John Engler to resign.

They told FOX 47 they do not trust them. Especially when it comes to the handling of sexual assault reports on campus.

"Ultimately I just feel like the administration doesn't really care that much or they don't seem like they care. A lot of these reactions have been very delayed they should've been doing things as soon as they found out. It's not just this that's been going on, there have been other incidents, this is a pattern" said Laura Mortensen, MSU student.

Students said it's not just the MSU community that cares, they're seeing people from all over the state get involved.

They also told us they will march again if they have to because change is important on campus at a systemic level.

The faculty senate is scheduled to vote next Tuesday on a "no confidence" resolution for the Board of trustees.

This is a developing story, and we will let you know what their decision is.