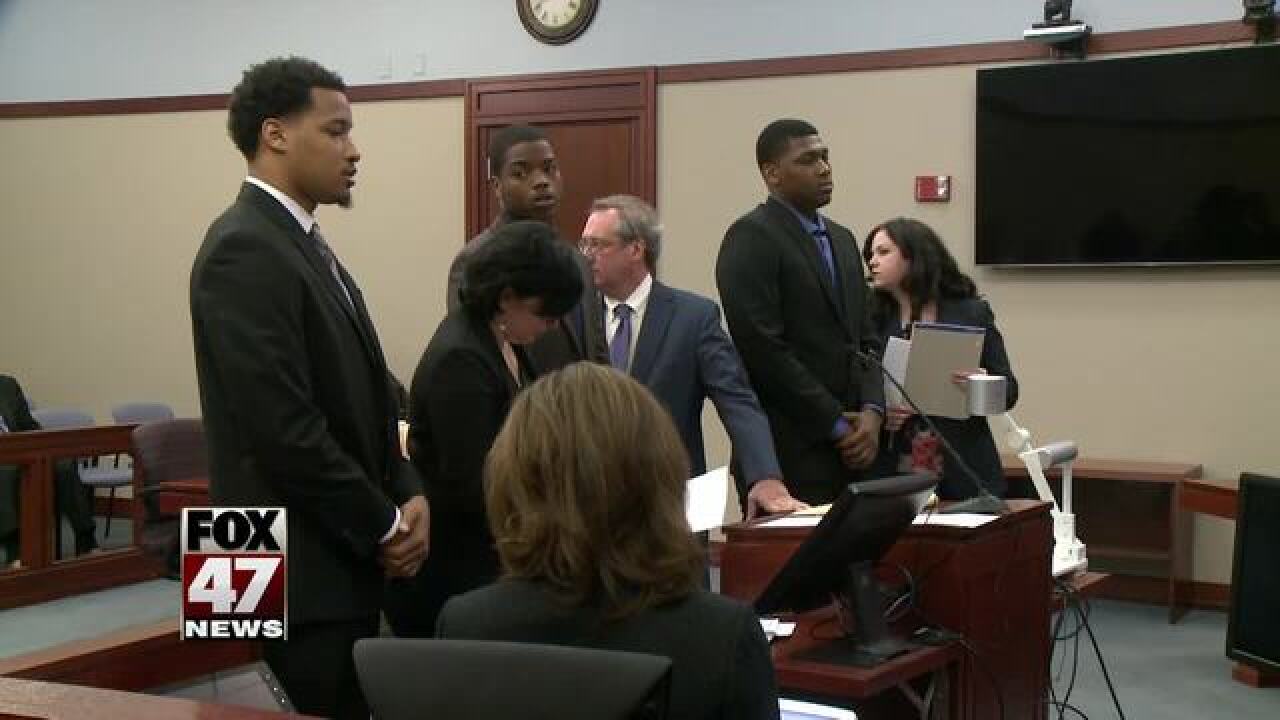 Josh King, Donnie Corley Jr. and Demetric Vance were sentenced Wednesday to three years' probation, as well as sex offender treatment and therapy. They pleaded guilty in April to seducing an unmarried woman, a reduced charge.

They could have been imprisoned for up to five years. Prosecutors recommended no jail time.

A woman says she was assaulted in an apartment bathroom last year. King, Corley and Vance were kicked off the football team when charges were filed and later dismissed from the school.

Karen Truszowski, the victim's attorney, tells WILX-TV it was best for her client to agree to the plea agreement to avoid a trial.