Ex-MSU president to get office in newly renovated building 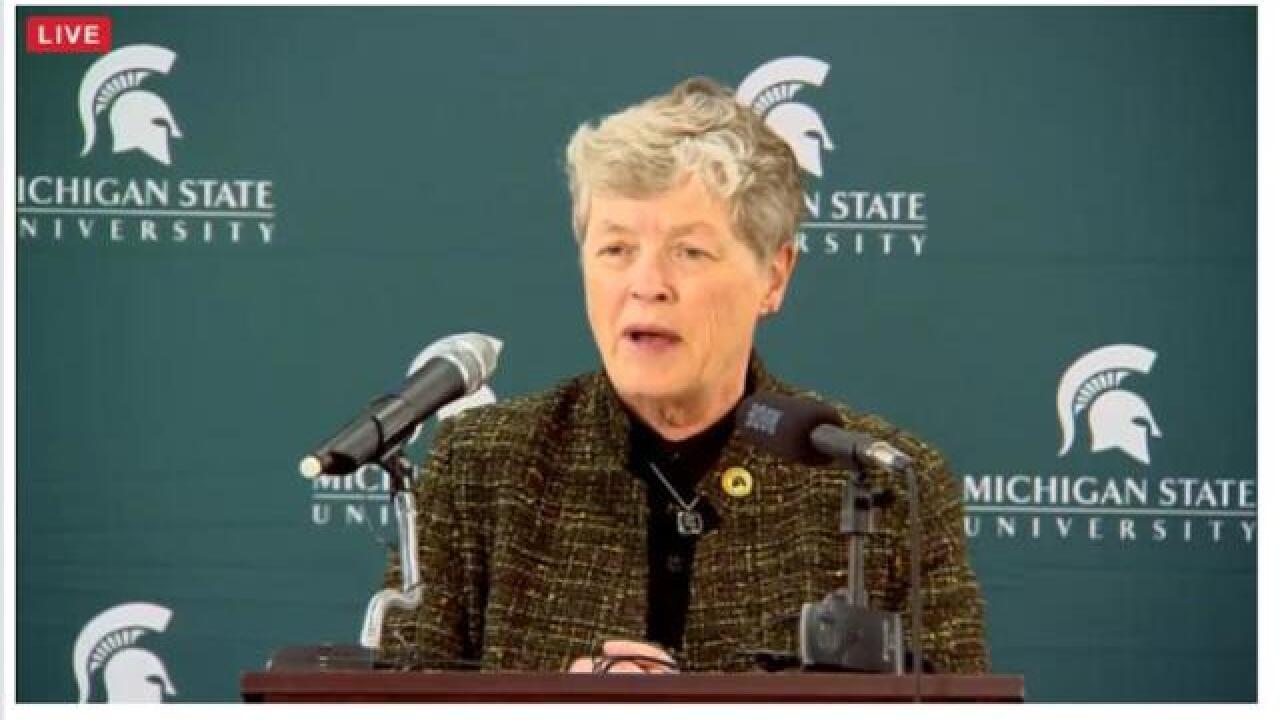 University spokeswoman Emily Guerrant tells the Lansing State Journal that Simon is slated to relocate to Willis House once its nearly $1 million renovation is complete. Simon remains a tenured professor.

Simon's post-presidency benefits kicked in with her resignation Jan. 24, the same day Nassar, the university's former sports doctor, was imprisoned for 40-175 years for sexually abusing young athletes over more than two decades.

The Detroit News reports that Simon's contract says she could earn her full $750,000 presidential salary during a one-year research leave and the following year as a faculty member. Subsequent years, she can earn 75 percent of that amount.