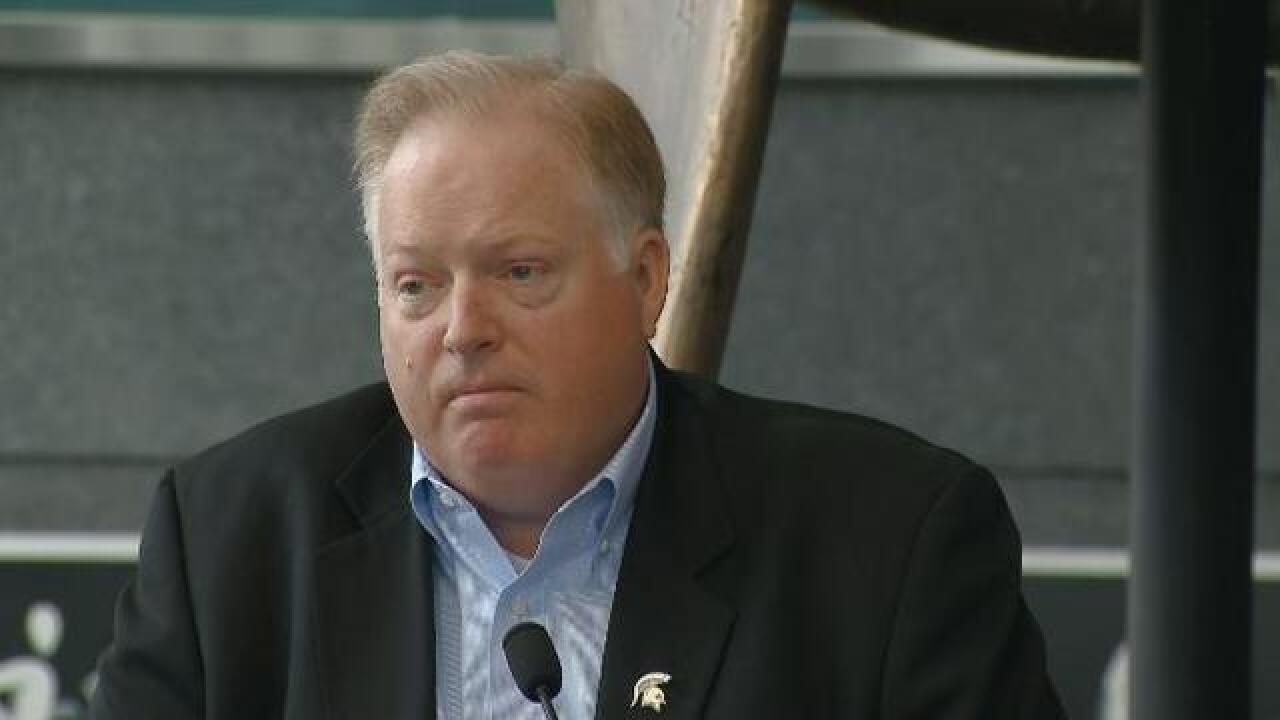 He was supposed to be a temporary caretaker, now he's the full-time MSU athletic director, Bill Beekman.

So why did the university choose Beekman after saying the next AD would not be an internal hire?

Engler told the press he would never have found someone who knows Michigan State, as well as Beekman, does.  That's why he hired pretty much the ultimate insider.  Beekman was the liaison between president Lou Anna Simon and the board of trustees.  Engler said his brief time as interim athletic director showed he's the right choice.

"That was the intention and as we started to make preparations for the search and the qualities we wanted to have in an athletic director. It pressed on me as I talked to members of our staff and outside the MSU community about the qualities there needs to be a high commitment to compliance," said John Engler, MSU Interim President.

Beekman has had ties with MSU since the 80's when he went to school there, according to his LinkedIn profile.

He's been employed at the university since 1995 serving as vice president and secretary for the board of trustees since 2008.

He doesn't have any experience in athletic administration. But he does have the backing of three of the most important coaches on campus Tom Izzo, Mark Dantonio, and Suzy Merchant.

"As I talked to some of the people that know him best, our coaching staff, it kept being reinforced the job that bill was doing," said Engler.

Engler said that's why he went back on his original statement and made an internal hire.  Beekman said his 23-years at MSU will make up for his lack of athletic experience.

"We will come to this building with a complete and total focus on victory. Victory on the field, victory in the classroom, and victory in creating the opportunities for a life well lived. Spartans will," said Beekman.

MSU students and staff have repeatedly said they want new hires to come from outside. instead, they're getting someone who worked closely with Lou Anna K Simon and the board of trustees during the Larry Nassar scandal.

"I guess what I'd say to those folks is give us six months to a year and re-assess and I think you'll be pleased," said Beekman.

The MSU Board of Trustees is holding a special meeting Tuesday at 9 A.M.

We will be there and bring you the latest development.