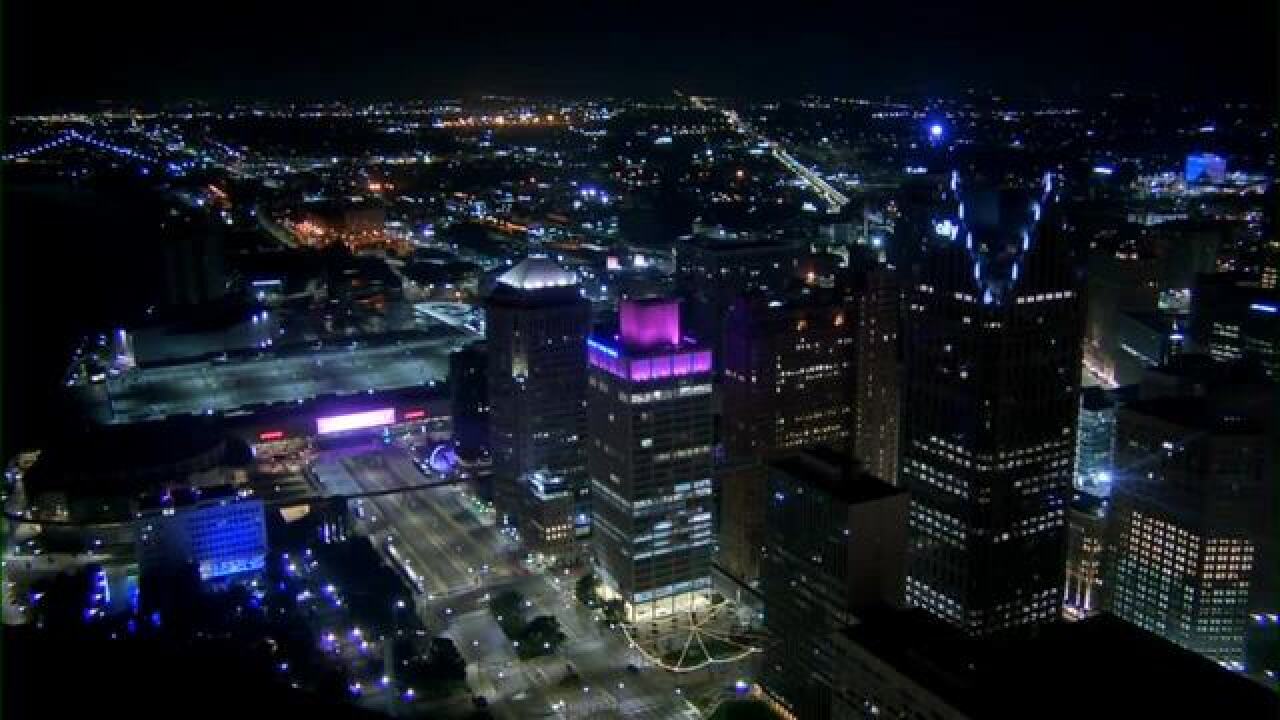 As the week of remembrance continues ahead of Aretha Franklin's homegoing celebration, several buildings in downtown Detroit are honoring the Queen of Soul.

Bedrock, which is owned by Dan Gilbert, and other companies are lighting up downtown Detroit buildings in pink every night through Aug. 31 to show respect for Franklin.

Our tower camera caught the One Woodward Ave. Building lit up early Wednesday morning, and Bedrock tweeted out a photo on Tuesday night.

Aretha Franklin had an affinity for the color pink, gracing stages in pink gowns and singing about ridin' on the Freeway of Love in her pink Cadillac. In remembrance, Bedrock & others are lighting buildings in pink each night until Aug. 31 to show respect for the Queen of Soul. pic.twitter.com/TbI4NadaeK

Thousands of people are expected to pay their respects to Franklin during a two-day public visitation at the Charles H. Wright Museum of African American History in Midtown. The viewing continues Wednesday from 9 a.m. to 9 p.m.

On Thursday, a star-studded musical event will take place at Chene Park. Tickets for the event sold out in minutes, and it will feature Gladys Knight and more than 20 other artists.

Aretha's funeral will happen Friday morning. WXYZ will stream the funeral on-air and online. Former President Bill Clinton is among the speakers at the funeral, while Stevie Wonder, Faith Hill, Ariana Grande and more are expected to perform.