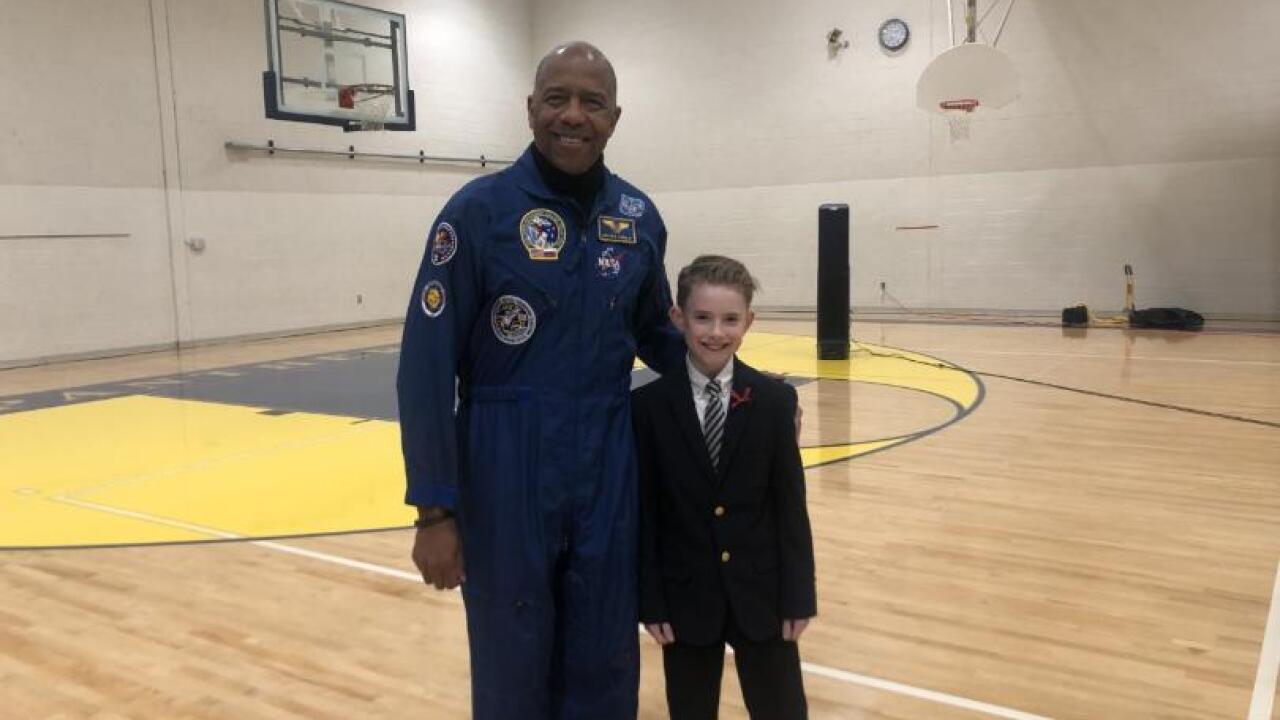 LANSING, Mich. — The first African American to walk in space paid a visit to a DeWitt Elementary school on Wednesday--and it's all thanks to a 5th grader who won the Sylvan Learning Center's national STEM competition called the Grand STEM Challenge.

Students in week-long summer camps across the nation were asked to create a piece of wearable technology that solved a problem.

Ten-year-old George Rollins' winning invention was a fighter jet pilot helmet that senses when the pilot loses consciousness and alerts the co-pilot.

"I just kinda thought that I like pilots and I wanted to be a fighter pilot so I thought of maybe a struggle that they had and that's one of the struggles I thought of," said Rollins.

As a part of Rollins’ prize, Veteran NASA Astronaut Dr. Bernard Harris visited the entire Herbison Elementary School in DeWitt. Harris said the invention would be useful for his former line of work.

"His project is about enabling pilots to communicate with each other. It'll measure when a pilot goes unconscious, so when you're flying a plane with two pilots the other pilot will know the other is unconscious and that pilot will take over. So very similar to what we do at NASA. We have this team that's a part of our crew. We fly a jet that actually has two pilots and this technology would really be relevant for that," said Harris.

Harris is the CEO of the National Math & Science Initiative (NMSI), a partner of the Grand STEM Challenge. He talked about his experiences in space, encouraged the students to pursue math and science and shared the importance of education.