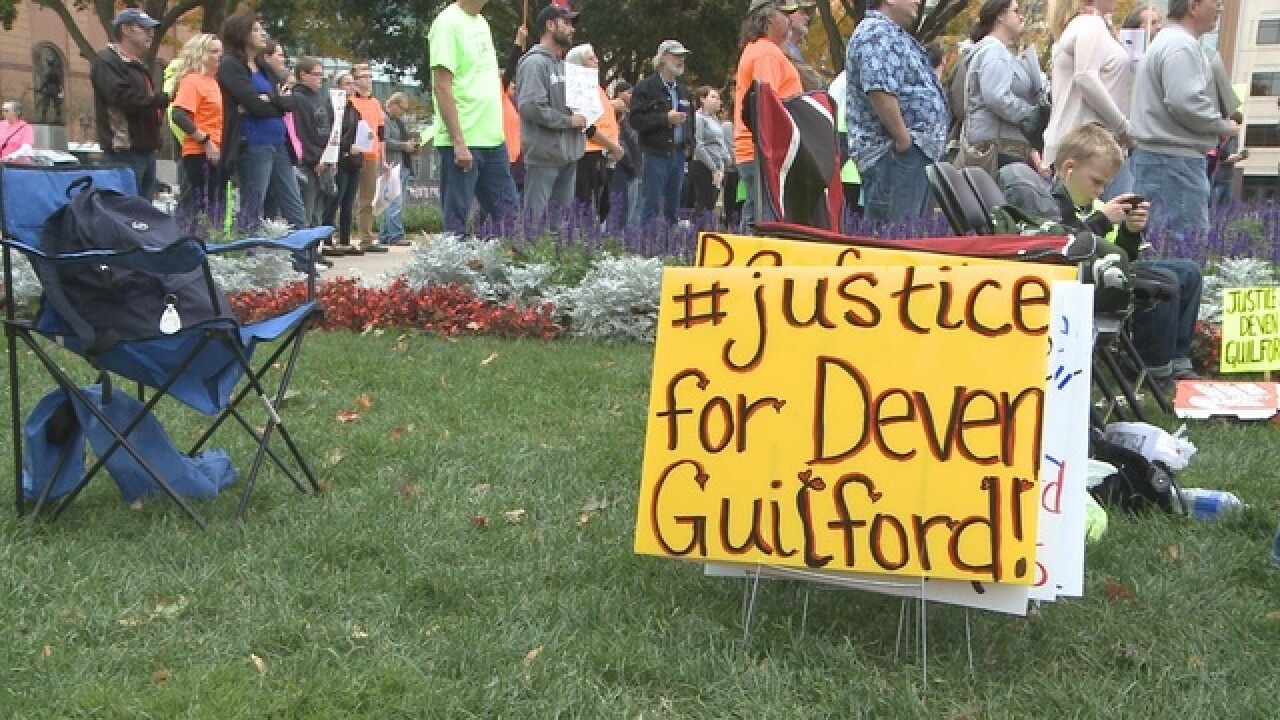 A rally is on tap this weekend at the State Capitol to pay tribute to a Mid-Michigan teenager shot and killed by an Eaton County Sheriff deputy.

Seventeen year old Deven Guilford of Mulliken died during a traffic stop almost one year ago in February of 2015. Supporters are rallying in his honor Saturday.

Deven's family wants to see the Sergeant Jonathan Frost removed from duty and prosecuted for the teen's death as well.

On Saturday, supporters will gather, and Senator Rick Jones will speak at the rally.

Sergeant Frost says when he pulled the teen over, Deven refused to hand over his drivers license and then began filming the traffic stop.

Frost pulled Deven from his car and ordered him to lay on his stomach. When Deven again refused to follow orders, Frost says it turned physical with Deven attacking him, forcing him to fire.

Photos of an injured Frost have since been released.

The teen's family says while Deven should have handed over his license, the teen didn't have to die.

Two separate investigations have cleared Frost of any wrongdoing.

Guilford's family filled a lawsuit against Eaton County in October. The rally is from 3 p.m. to 5 p.m. Saturday on the Capitol lawn.