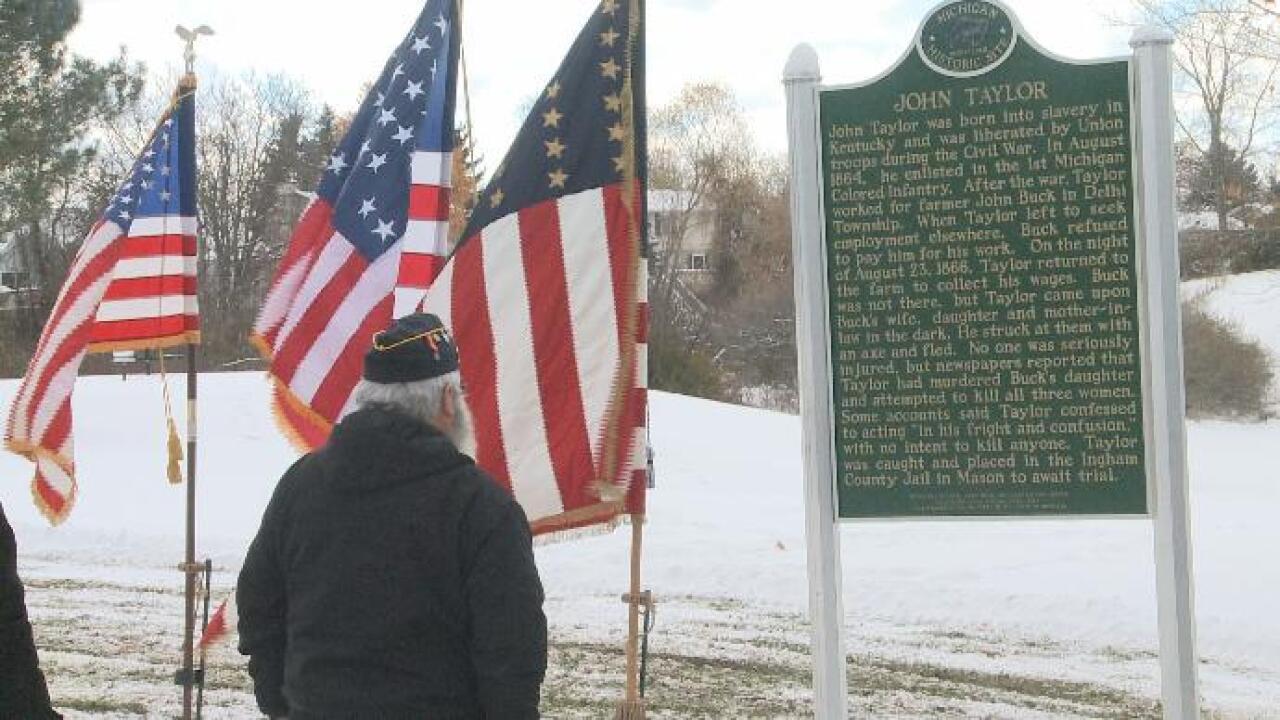 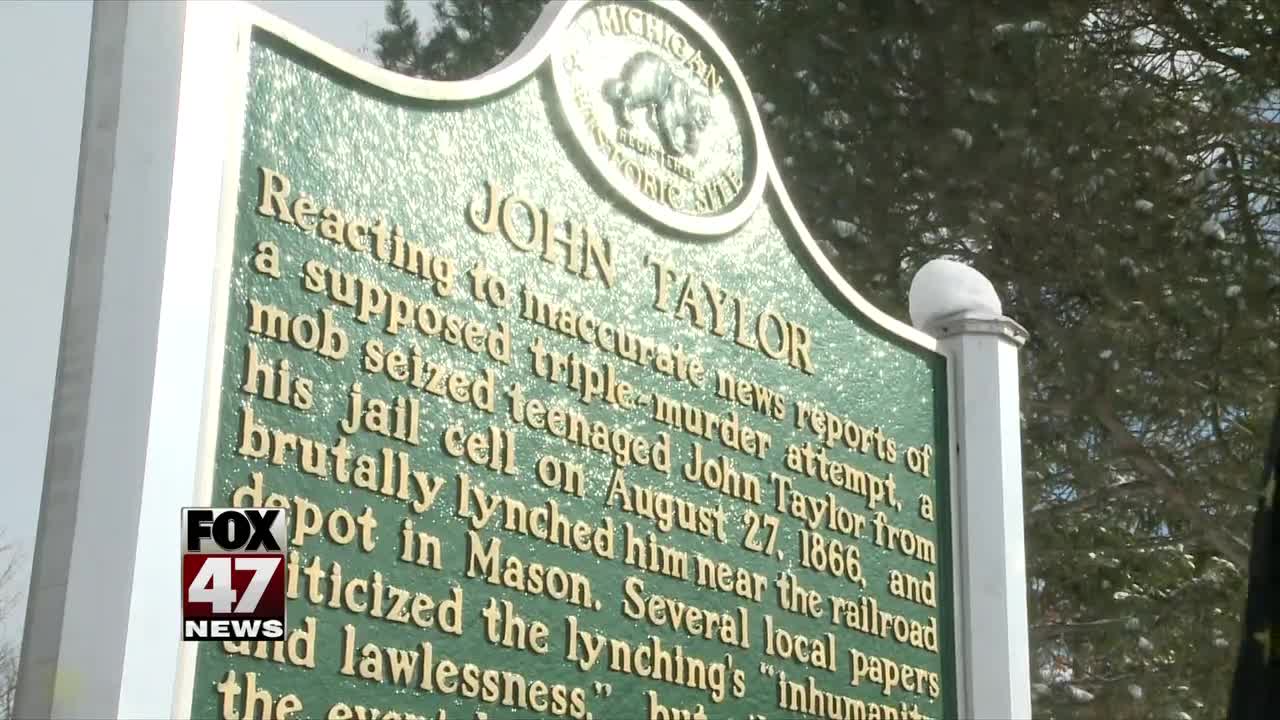 DELHI TOWNSHIP, Mich. — There are 78 historical markers in Ingham County and on Tuesday the county gained one more. Delhi Charter Township is honoring a former slave and union soldier who was lynched more than a hundred years ago.

Historians say John Taylor was born in Kentucky around 1847 and was freed after joining the Union Army. Taylor served in the 1st Michigan Colored Infantry during the Civil War and was lynched in Mason around 1866.

Bill Savage, retired Holt Public School history teacher, taught his students Taylor's story and jump-started efforts with Delhi Township and several others in the community to remember him.

"He certainly is getting a measure of recognition which is long overdue," said Savage who attended the dedication ceremony in Taylor’s honor.

The ceremony formally named John Taylor Memorial Park in Holt and unveiled a Michigan Historical marker, designating the park as a historic site.

Historians say Taylor is the only known lynching to take place in Ingham County. Members of the community came to the park Tuesday to celebrate his life.

“He was in the Civil War with the Union troops and all he wanted to do was just make enough money from this farmer in Delhi township just to get clothes and go to school and it’s sad,” said Rebecca Clinton with the Mason Historic District Commission.

Taylor worked as a farmhand for a Delhi Township farmer. An argument over pay led to accusations in the local paper of him attacking members of the farmer's family with an ax. He was booked in the county jail then taken by a lynch mob.

"They all went to the Ingham County jail and lynched him right near there," said Savage.

The community isn't trying to hide the history and hopes the historic marker will finally share the truth.

"This community has taken it upon itself to acknowledge their mistakes. To own them and that's work towards making this community more inclusive for everyone," said Dr. Delia Fernandez with the Michigan Historical Commission.

The ceremony ended with a military salute. It’s an honor many consider decades overdue.