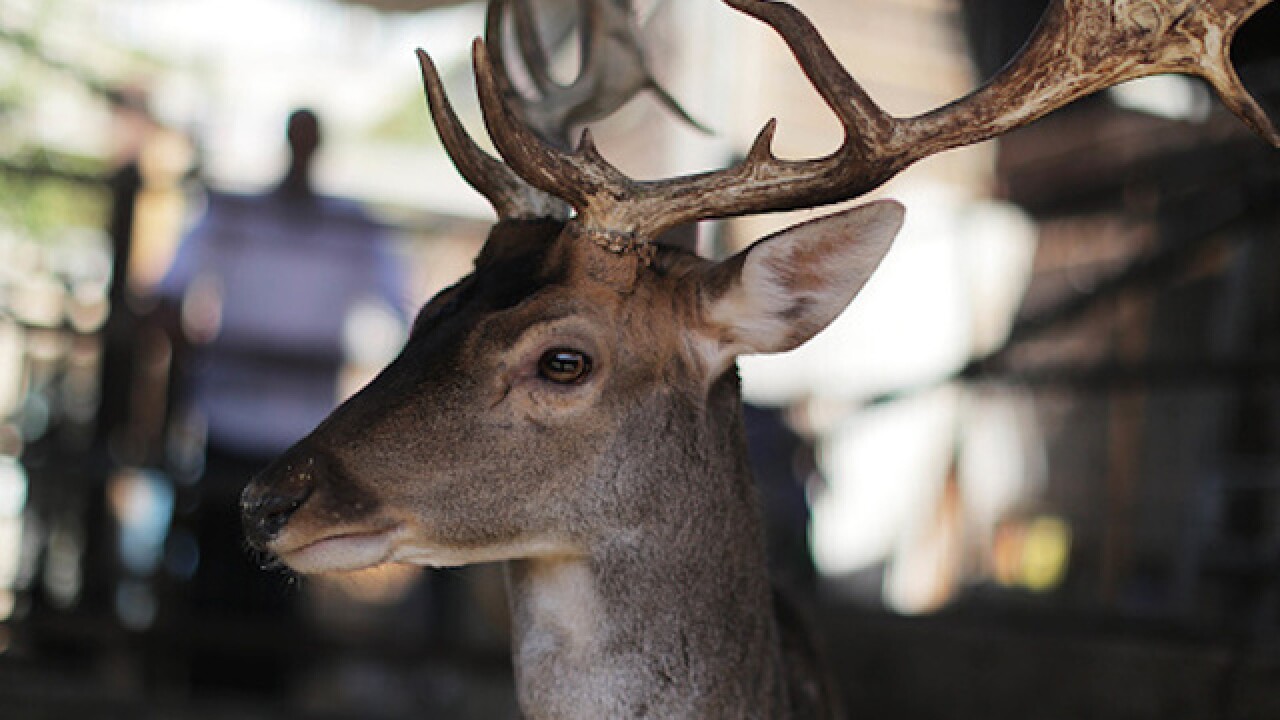 Copyright Getty Images
Momen Faiz
<p>Deers at small farm in Khan Yunis, in southern Gaza Strip, on October 12, 2016. Two male and female deers were smuggled from Egypt into the Gaza strip through a tunnel, before they were sold to Sharab who now breeds them. (Photo by Momen Faiz/NurPhoto)</p>

LANSING, Mich. — The woods probably won't be as crowded when firearm deer hunting season starts this Friday because the number of hunters has been dropping for decades and it's impacting more than just the number of deer being harvested.

The number of hunting licenses has gone down by about 50% over the last few decades, but why?

"License prices have gone up...used to be you could buy a doe license for $4. Now it's gotten to, I believe, $20 a piece," said Brett Griffis, owner of Jerome Country Market.

Over the years, hunting has also become less of a family tradition and less of a way to survive.

"They might go for a week or two out to the hunting camp and harvest their game. That game was what they used for their food rather than going to the grocery stores," Griffis said.

He also said the sport leaves the family when the older generation hangs up their gun for the last time. He said more kids are opting to stay inside instead of learning to hunt due to the rise of technology.

"It just seems like there's a lot of video games going on, Fortnite is being played," Griffis said.

At Jerome County Market, deer processing is the name of the game, but when fewer licenses are sold, fewer deer are harvested and fewer deer are processed.

The lack of hunting can affect entire communities whose businesses thrive on providing goods and services to hunters.

"We have to get creative in terms of keeping those number up whether it's advertising, radio, television," Griffis said.

Griffis said they're spending money they shouldn't have to spend.

"It's getting a little bit crazy out there with trying to keep those numbers up for the sports men and women," Griffis said. "I just think we may be chasing our sportsmen and women out of the game here."

While the number of hunters is down, the number of deer harvested in last year's firearm season was up a little more than 1% from 2017. The biggest decline came in bow season, a drop of nearly 19%.