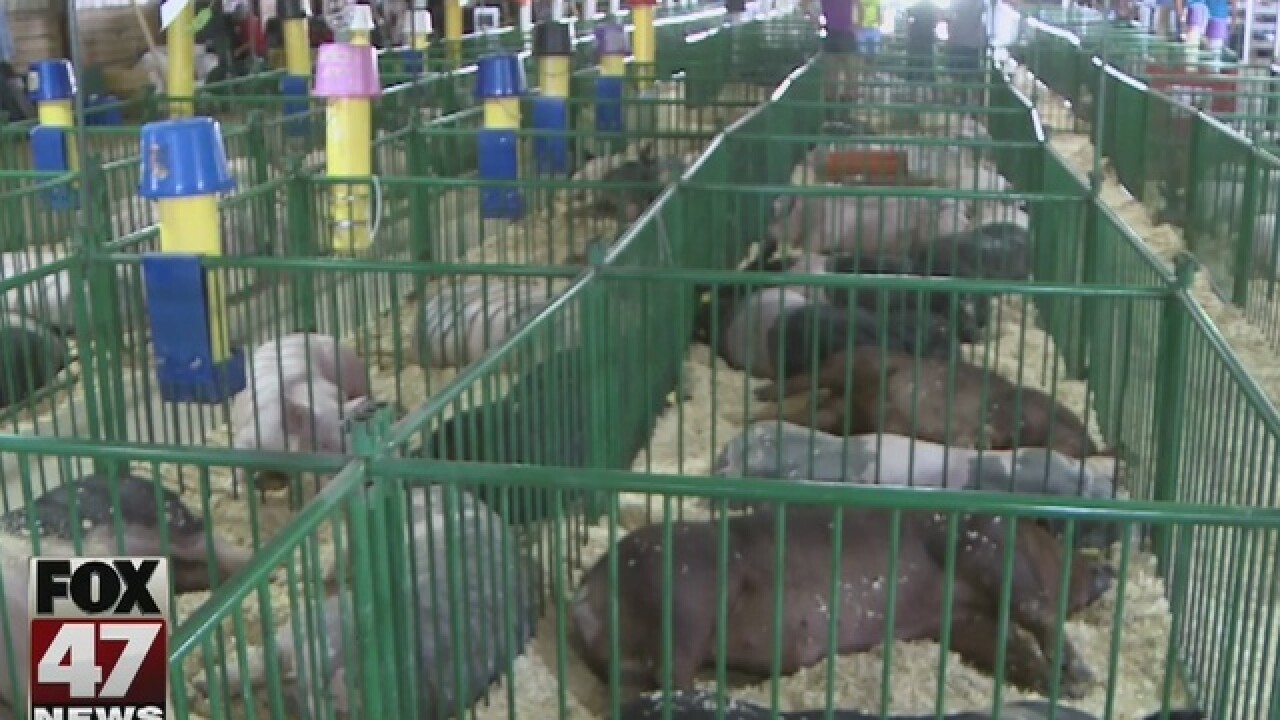 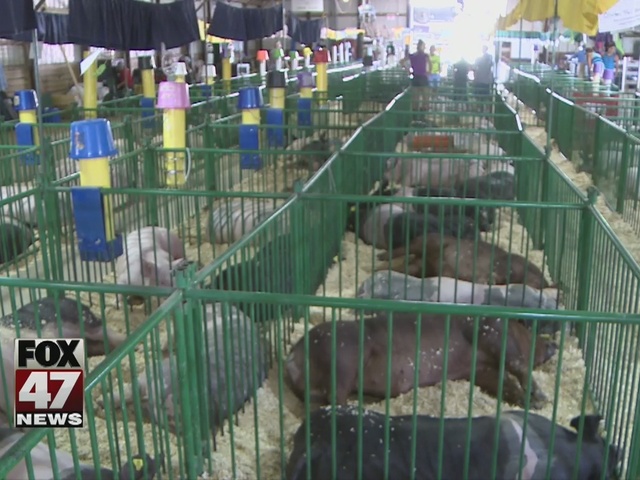 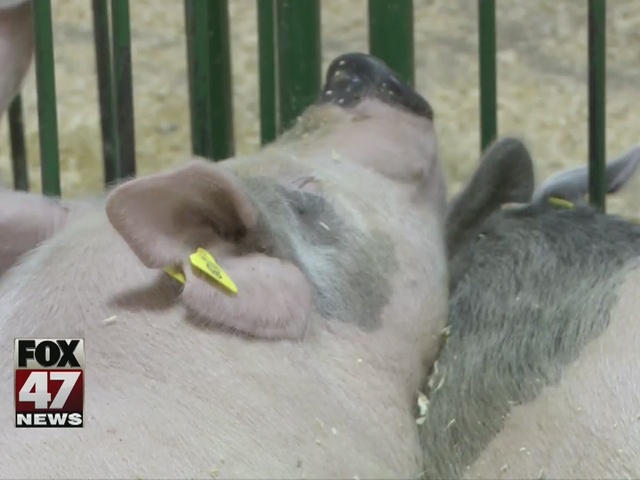 Preliminary tests show a pig that died at the Ingham County Fair tested positive for influenza type A.

The pig died suddenly on August 4. By the next day multiple animal exhibit's were closed at the Ingham County Fairgrounds as a precautionary measure.

This comes as officials say two people at the Muskegon County Fair in West Michigan picked up the swine flu from a sick pig in July.

"At this point in time we know the pig had the influenza virus," said James Averill, the State Veterinarian and Director of Animal Industry Division at the Michigan Department of Agriculture.

"We are undergoing further diagnostic testing at this time with the United States Department of Agriculture (USDA) lab in Iowa to determine what type of influenza it is," said Averill.

Corrin Ridley and Carly Stephens are showing their pigs this year at the Jackson County Fair. They work to avoid any type of illness by making sure the pigs are kept cool with a water spray and have fresh water to drink.

"We have to disinfect our boots, all the gates, and the feed pens just in case," said Ridley.

"We spend five to six hours cleaning and disinfecting everything from the fair," said Stephens.

The Jackson County Fair is staying on top of the situation in Ingham County. A vet is on standby 24 hours a day if things do take a turn for the worse.

"If we do feel that we have a concern and have a swine that reaches a 105 temperature or higher, they will be quarantined on location here on the grounds," said Denise Owens, the Jackson County Fair Director.

Specific test results which will determine what type of influenza the pig had won't be available until later in the week.

It is important to note that influenza in pigs is common.

In the meantime, experts urge fair goers to keep their hands clean before and after visiting animal exhibits. Avoid bringing food or drinks with you inside of animal barns.

"A lot of the fairs have hand sanitizer stations as you enter or exit the buildings where the animals are," said Averill. "(I) strongly encourage you to use them but soap and water is the best thing for washing hands."

The chance someone may have gotten sick from the pig is fairly low, however there is always a possibility.

"If you have a fever, feeling tired, or worn down, you should be seeking medial treatment at that point and have a conversation with a doctor to see if this is something of concern," said Averill.