Customers forced to deal with power outages over weekend 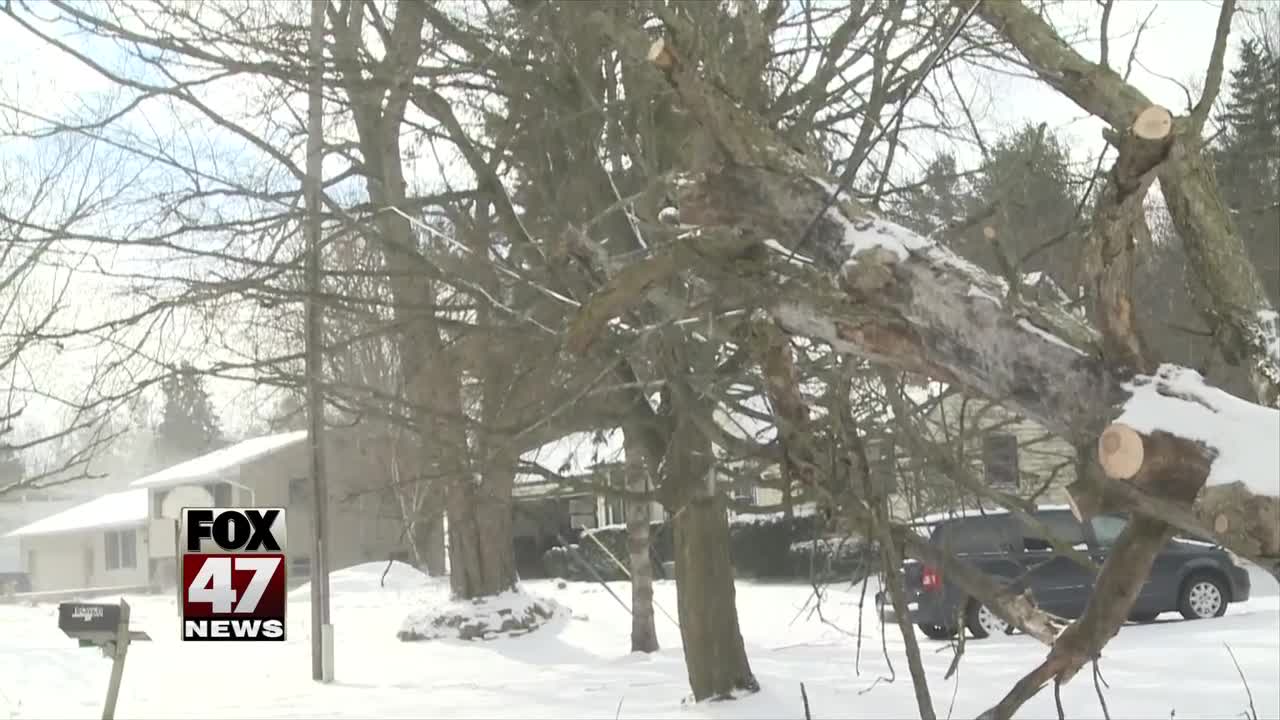 Weather conditions have not helped crews working to get power restored in Michigan. There were 122,000 Consumers Energy outages around Grand Rapids. There are still a few here in Mid-Michigan dealing with winter without power, as well. 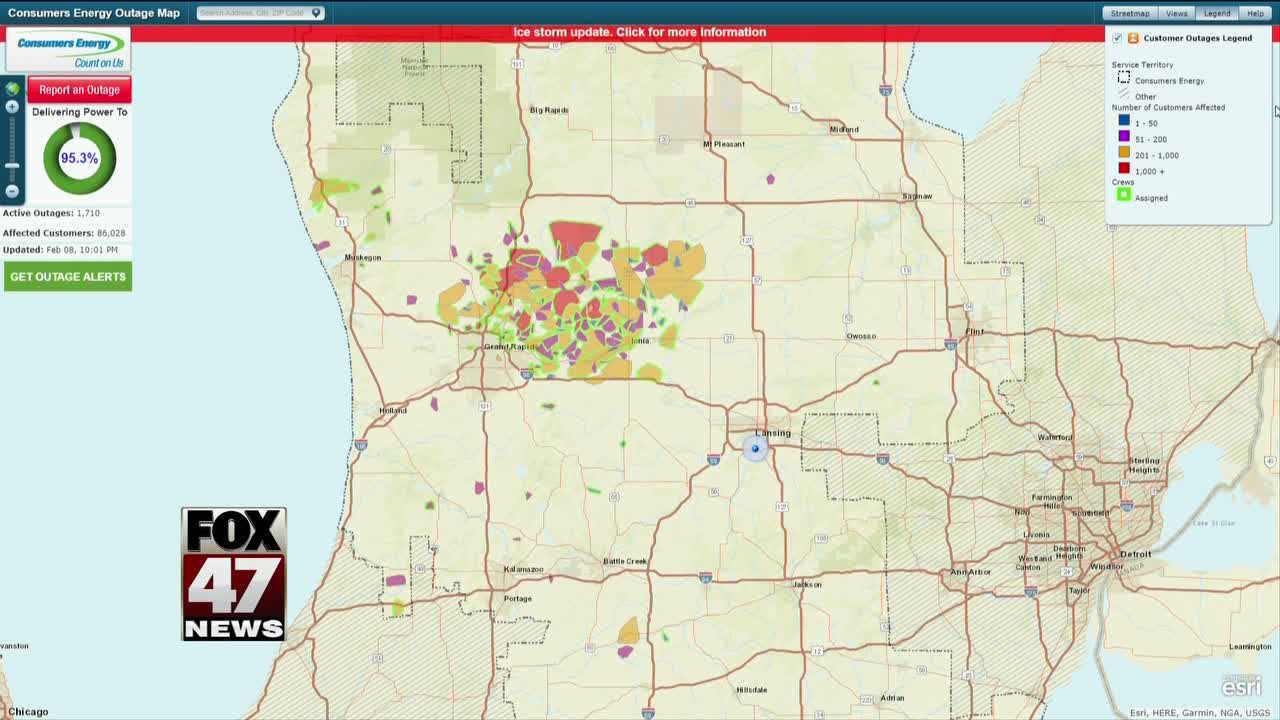 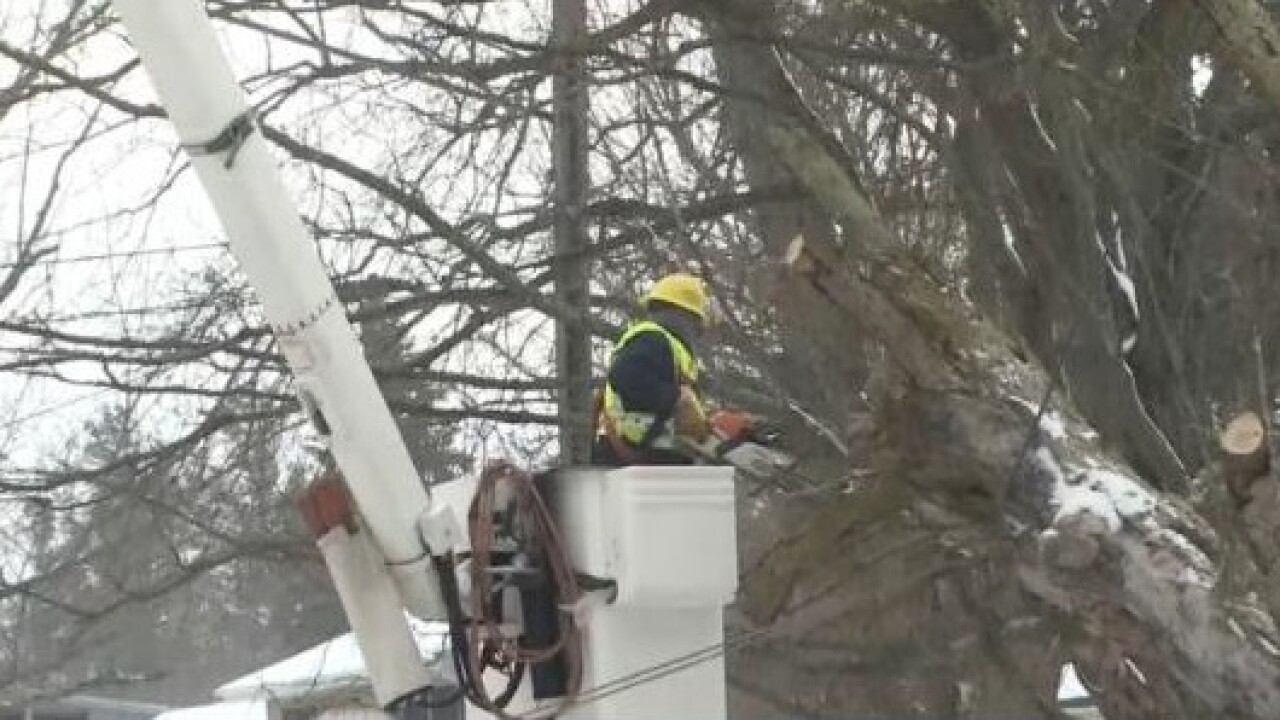 LANSING, Mich. — Weather conditions have not helped crews working to get power restored in Michigan.

There were 122,000 Consumers Energy outages around Grand Rapids.

There are still a few here in Mid-Michigan dealing with winter without power, as well.

Even though there aren't many outages in Mid-Michigan compared to the west side of the state, some local customers may be waiting longer to get their power restored.

A tree in Aaron Osmer's front yard uprooted Thursday night in DeWitt Township, crashing on to a power line, causing hundreds of homes in the area to lose power.

Osmer's power came back on Friday afternoon. He said this is the first power outage his family has dealt with in the four years they've lived here.

He says staying warm was challenging for his family, especially with several young children.

He said a family member dropped off a generator.

"Priority No. 1 with us, considering where we are at in the neighborhood, everything kind of slopes down, so it's fairly wet around here. If you have an hour without electricity, the basement would flood," Osmer said.

Katie Carey with Consumers Energy says the hardest hit areas are in the western part of the state.

So, people in Mid-Michigan might have to wait longer than normal to get their power back on while crews focus their efforts on that part of the state.

"We always keep crews in all of our service centers in case there is a situation like that tree limb falling up in DeWitt Township. So we always have crews here that are ready to aid in the restoration, but we try to put the bulk of our crews were the highest concentration of outages are," Carey said.

"I completely understand. They have got a whole lot going on over there," he said.

Lansing Board of Water & Light says it had about 300 customers still without power Friday morning but that power was restored by 10 a.m.