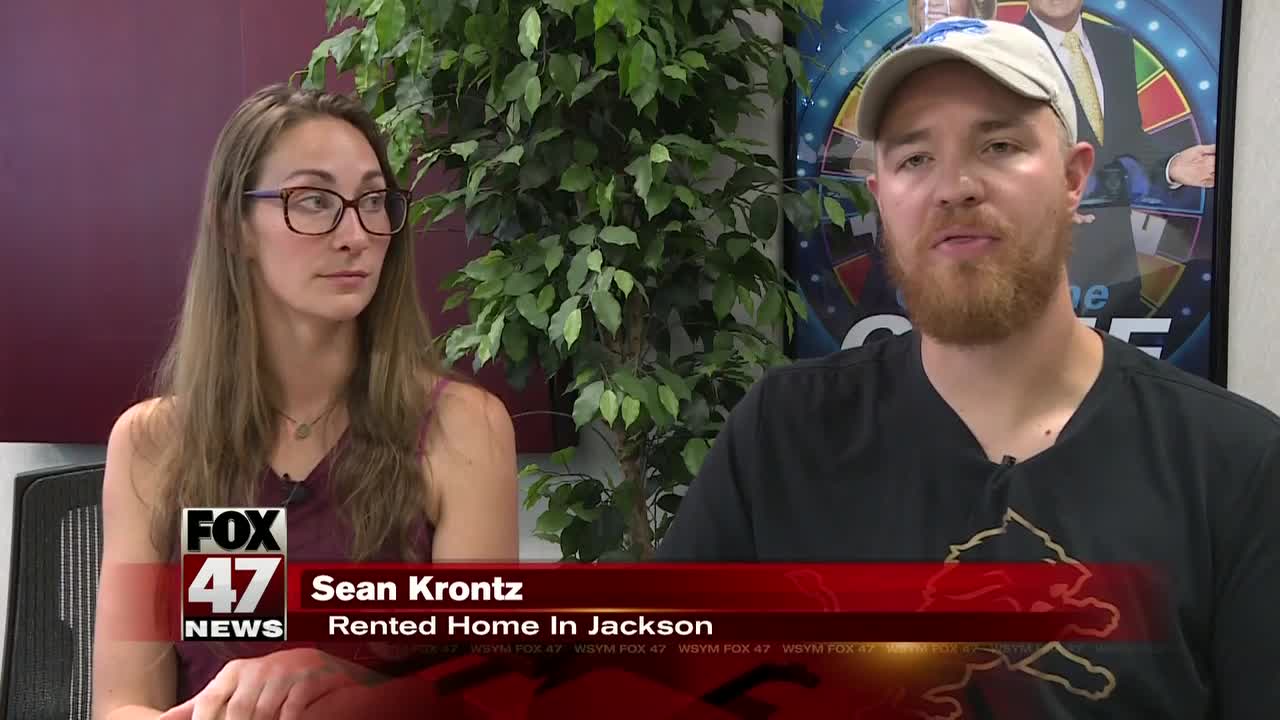 A rental nightmare has a couple warning people to do a thorough inspection before signing a lease. 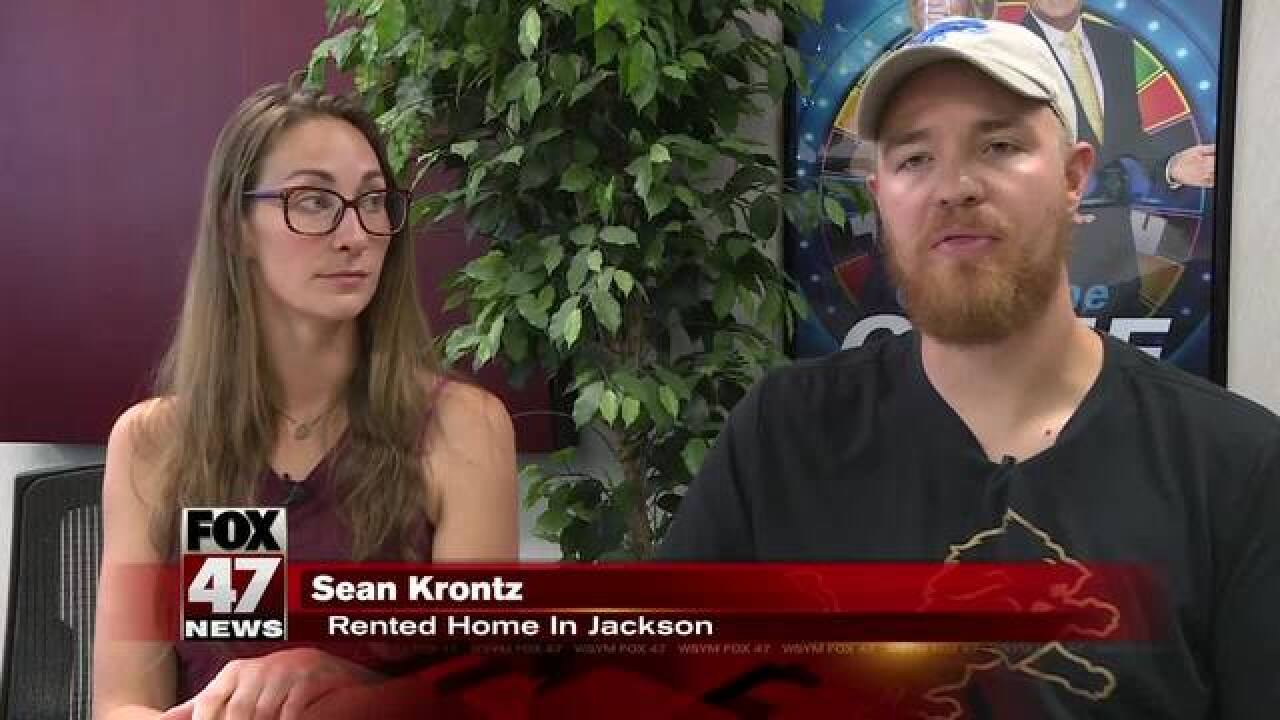 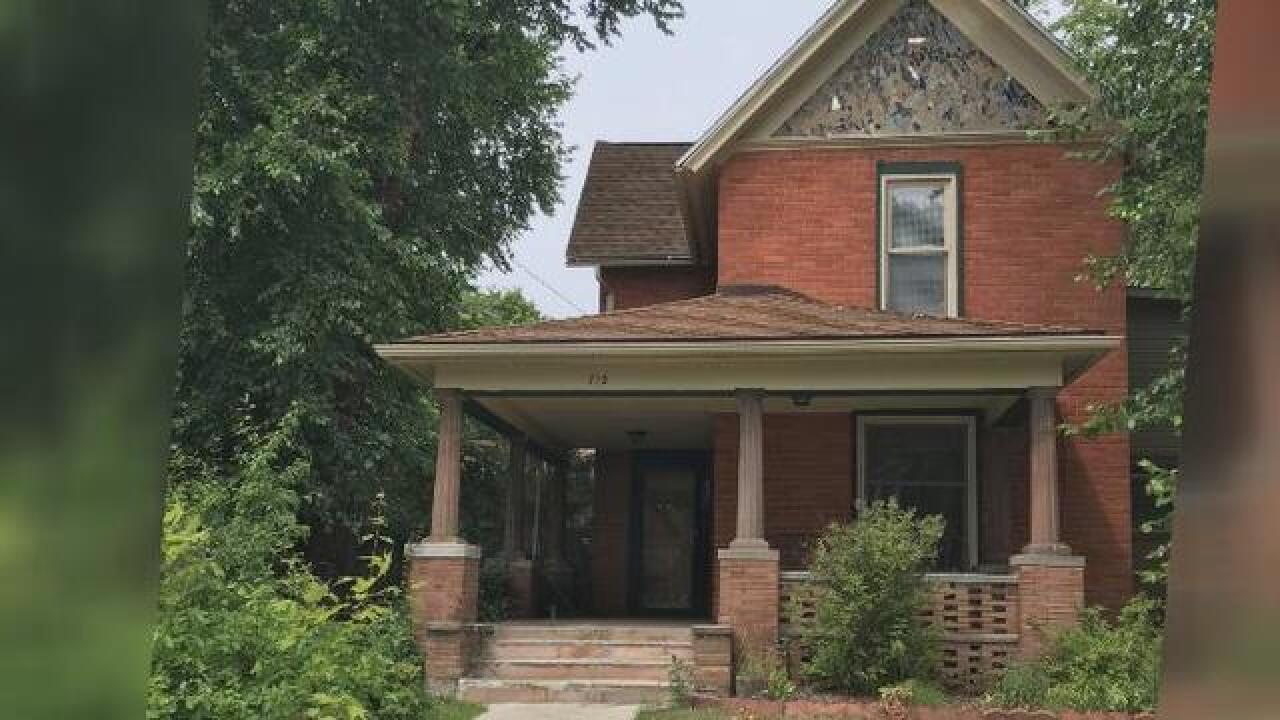 A rental nightmare has a couple warning people to do a thorough inspection before signing a lease.

A California couple is looking for a new home after moving across the country to live here in Mid-Michigan.

Sean Krontz and Kyla Koger thought they had made the smart move, planned accordingly, and saved the money they needed. They decided to come to Michigan for employment, plus Sean is from Michigan and had family living in the state.

But after being out more than $2,000 from a rental company, they hope their experience can help others.

"If anyone would've walked in that house and saw us there they would've thought we were squatters. I've slept in tents in the middle of the desert overseas that were nicer than this house," said Sean Krontz, rented a home in Jackson.

The couple, their two kids and three dogs make the trek from California to this home in Jackson, managed by "All Pro Realty."

"Cobwebs and dirty everywhere, there was trash thrown out throughout the backyard a random tire in the backyard. I don't think anyone wants to stay at a place that has old Cheezits in their air grates," said Sean.

They admit they did a walk through before signing the lease.

"I don't think to check every drawer when I'm going through my walk through with my leasing agent," Sean said.

The more drawers and cupboards they opened, the more they were second-guessing their decision.

"And that's when we discovered the rat feces in kitchen cabinets, drawers, there was mold fuzzy mold growing on the upstairs master bathroom. The door to the basement it was a piece of plywood on two hinges," said Kyla Koger, rented the Jackson home with Sean.

They reported their findings to the leasing agent and demanded it to be taken care of.
Letang spoke with the leasing agent, they told us the couple complained the home was still dirty, and they sent out another cleaning crew. The company denies all of the other complaints and said the couple is overexaggerating the problems.

We obtained a copy of this year's inspection to see if the rental home had any violations with the city of Jackson. Many of the couple's complaints are listed in the city's report. The city cited them for 14 violations.

Those violations range from a plumbing system improperly installed, water heated not vented properly, trees causing damage to roof, gutter system and foundation to the house, and a window screen in complete disrepair.

Kyla and Sean sent those so-called mold samples to be tested-- the tests came back positive for six different kinds of mold.

The couple said they continued to try to get the leasing company to fix the problems but had no luck. Just about three weeks later, they decided they'd had enough, even before the kids had a chance to move in.

"The more we found rodent feces and we found new feces, the more mold we discovered, the more leaking pipes, the wood rot, and the lack of care on their end and lackadaisical attitude. There was no compassion, there was no I'm sorry about that," said Kyla.

So the family broke their lease and moved out, now living in separate places for a place to stay. Their four-year-old daughter was sent back to California to stay with her grandma and their nine-year-old son went to stay in Florida with his biological mother.

Fighting back tears, Kyla said "the little silver lining in this is that we did have a place where our kids could go. With everything that's been happening and we haven't seen them in almost three weeks, as tough as it is and it feels that your heart is being ripped out of your chest when you think about you don't know the next time you are going to see them."

Sean and Kyla can only hope they find a new home soon so they can all live under one roof again. They hope this message reaches potential renters to do research on leasing companies they might use -- do a thorough walkthrough on your home before you put money down.

"Because no one deserves to live in these conditions," Sean said.

The leasing company was blunt about the situation, they told us the couple is lying. They also they were quote just needy and never satisfied end quote. We have e-mailed pictures of the house to the company. We're still waiting on a response.