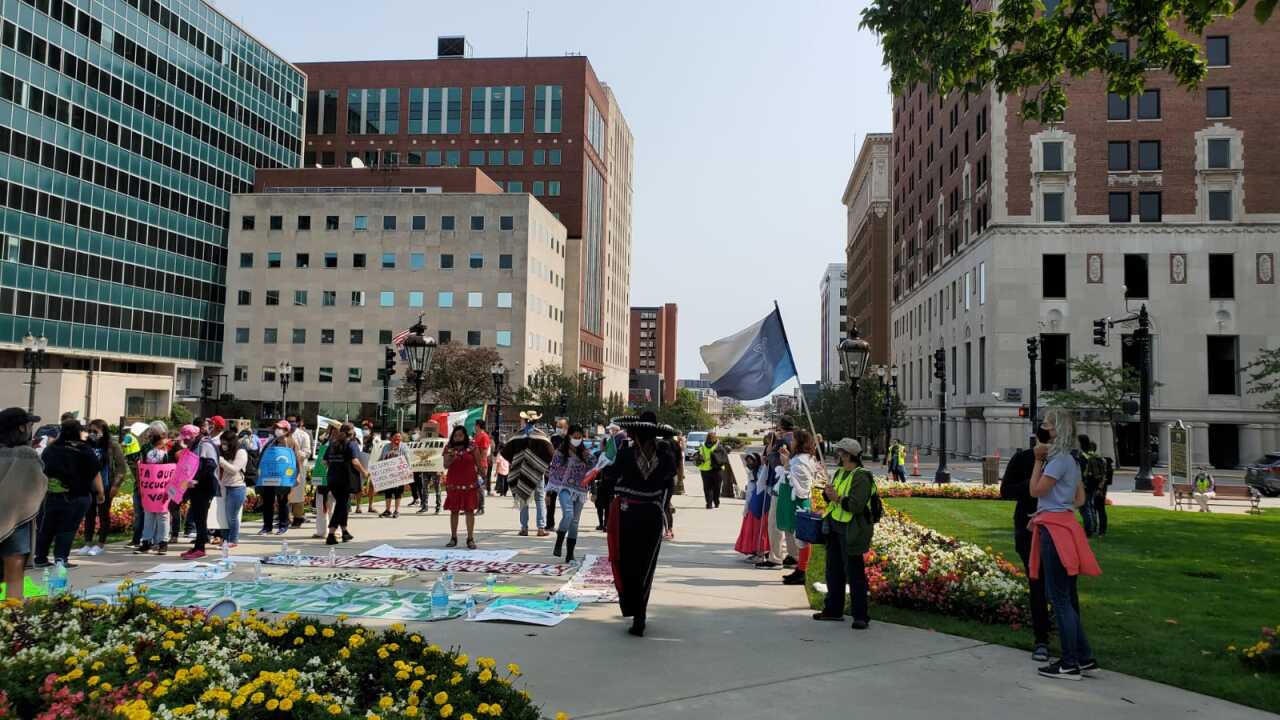 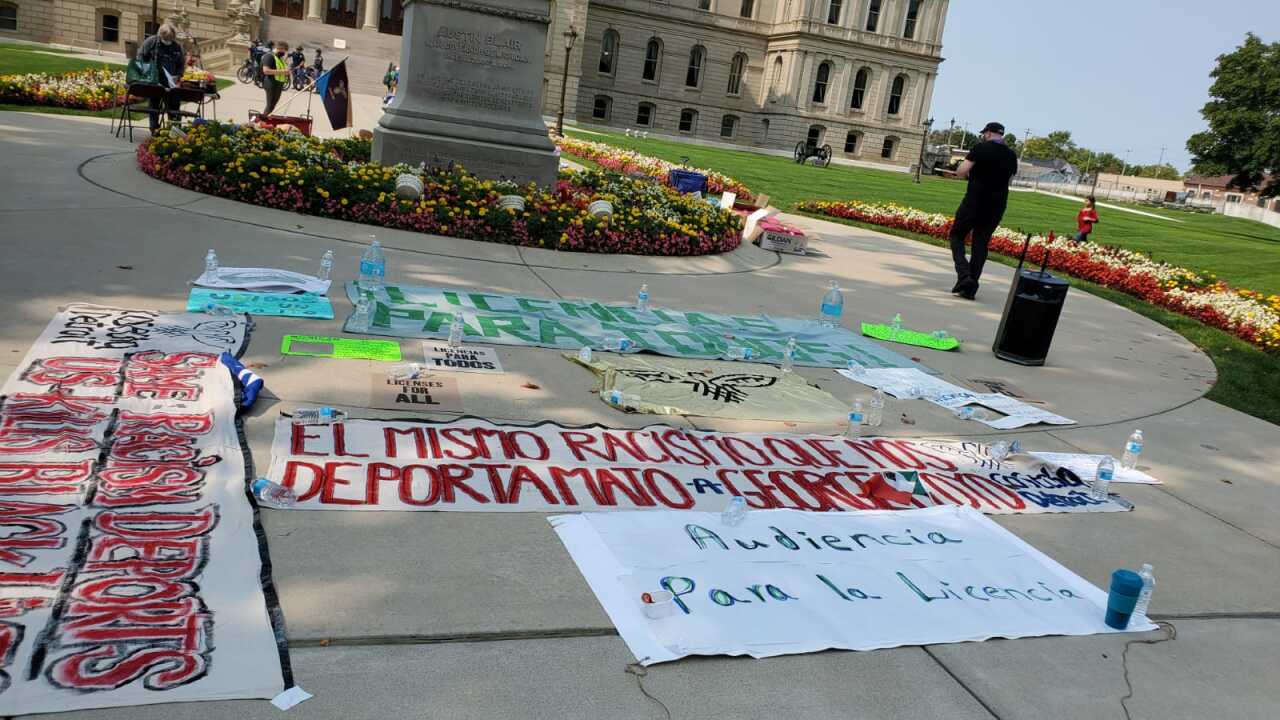 LANSING, Mich. — Over 100 immigrant workers, families, and allies with Cosecha Michigan protested at the Michigan capitol on Wednesday, demanding access to drivers’s licenses for undocumented immigrants. Community members led a car caravan outside the capitol and then a rally inside the building, demanding that the Drive SAFE (Safety, Access, Freedom, and the Economy) bills, introduced last fall in the House and Senate, be given public hearings and passed into law immediately.

Starting Wednesday morning at 10:30 AM, dozens of cars decorated with slogans such as “Licenses for All” and “Essential Workers Deserve to Drive Without Fear” arrived and circled the capitol building in Lansing. Immigrant Cosecha members from Holland, Muskegon, Grand Rapids, Kalamazoo, Ann Arbor, Ypsilanti, Detroit, and Lansing drove around the capitol, honking and chanting, for approximately two hours before entering the building for a rally.

“For more than two years, the undocumented immigrant community in Michigan has been fighting for one of the most basic and essential rights: the right to drive without fear. Especially under COVID-19, we need licenses to be able to safely go to work, go to the doctor, and to see our families,” said Cat Adorno, an organizer with Cosecha Michigan. “A Licenses for All bill was introduced a year ago but they have not moved it forward since--and we’re tired of it. It is time for our legislators to schedule public hearings and finally pass Licenses for All!”

Following the car caravan, Cosecha Michigan members entered the capitol building for a rally targeting legislators. During the program inside the capitol, immigrant community members shared about how access to driver’s licenses would impact their lives. “Right now, we must drive with the fear that at any time we could be pulled over, detained by police, and separated from our families. Before 2008, we were able to obtain licenses, just like anyone else. So we are demanding, not asking, that they give our licenses back! We deserve the basic dignity of driving to the grocery store without fearing that we could be detained and separated from our families,” said Liz Fuentes, a Cosecha organizer from Kalamazoo. Cosecha Michigan chanted outside the door of the active House legislative session, calling on the representatives to announce a public date for a hearing on the Licenses for All bill.

Several children from Grand Rapids Public Schools also performed a skit, demonstrating what it feels like for their parents to not be able to get driver’s licenses and how they worry about their families’ health and safety. The rally also featured cultural performances, including a mariachi, since the protest date falls on the independence days for various Latin American countries (September 15-21, observed in the United States as the start of Hispanic Heritage Month).

At the close of the protest, the group announced continued plans to mobilize in support of driver’s licenses and pressure the legislators. “In Ann Arbor, we have been organizing the undocumented community around the issue since 2018. Now, immigrants across the entire state are fighting for the right to drive without fear. We know that the legislators don’t want to move on this issue, but we have poder popular—the power of the people. And we will keep taking action to win the things we deserve ,” said Angel Bravo, another Cosecha Michigan organizer.