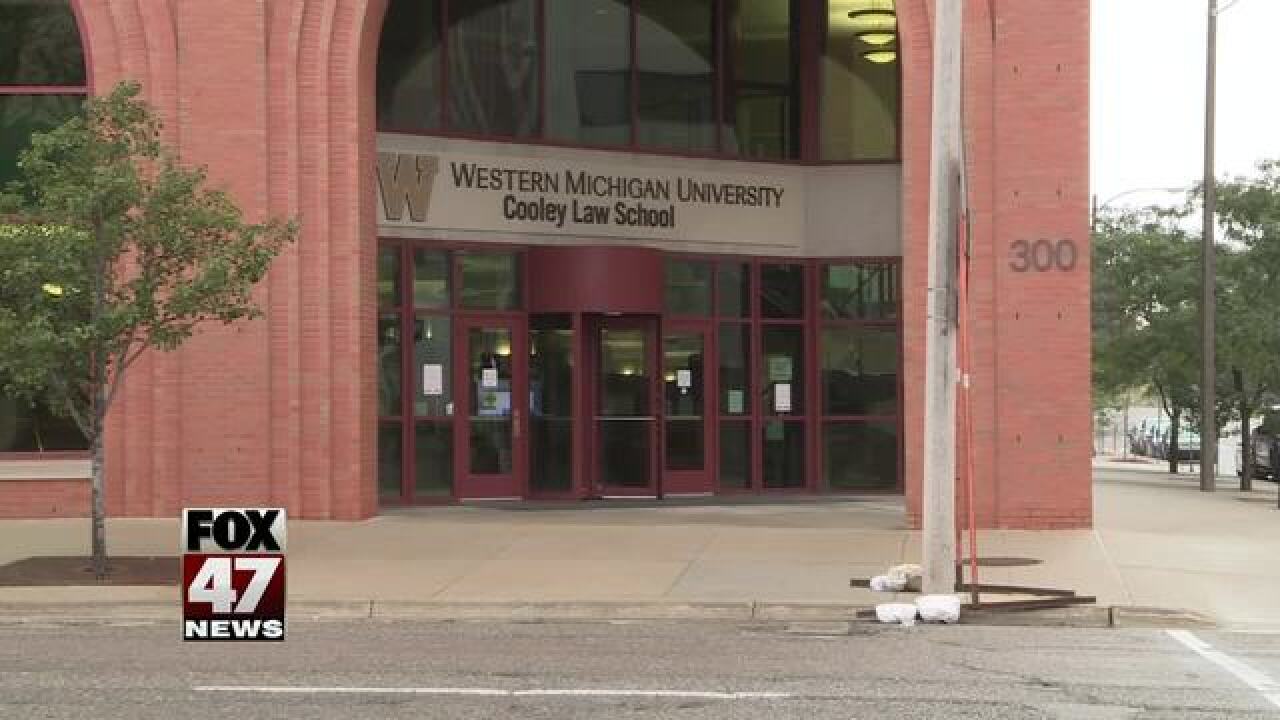 Law School is hard enough, but imagine going through it with a disability.

Two students at Cooley Law School reached out to FOX 47 because they feel their disabilities aren't taken seriously.

Taylor Moore and James Smith say they both have intellectual disabilities that affect the way they learn. They said they need certain accommodations to level the playing field, graduate, and be successful.

"Well, I feel like I've been discriminated against," Smith said.

Smith, who is a disabled veteran says he suffered a traumatic brain injury while serving. He says as a result of the injury, he was left with memory loss, anxiety, a sleeping disorder and more.

He says he told Cooley Law School about the accommodations he needed before school started, and they were granted, but the school didn't follow through.

"Like five weeks into the class, they had none of the accommodations in place that they were going to give me. Which caused me to have tremendous anxiety," he said.

Smith said he made complaints but they fell on deaf ears. Smith needs a machine that could read to him and a note taker. The school had machines, but they were broken.

By midterms when he still didn't have what he needed, he said he was forced to withdrawal from the course.

"The point is, they either didn't give it in time or gave it to me too late. And if I brought issue about that, I suffered backlash," he said.

Moore, who is in her first year, has similar concerns. She has learning and psychiatric disorders.

She said she needs extra test time, a reader machine and a memory aid. She says it was all granted during her undergrad at MSU, but Cooley refused to let her use the memory aid, even with doctor approval.

FOX 47 reached out to Cooley Law School about the complaints. They said in a statement that they can't comment on individual cases, but state they "provide more disability accommodations than any other law school in the nation."

Both the students FOX 47 spoke to said they might take legal action.

According to the Americans with Disabilities Act, accommodations should be made to help students, but are not required if they would alter the nature of the service, program or activity, or cause a financial burden or create excess work to the school or university.