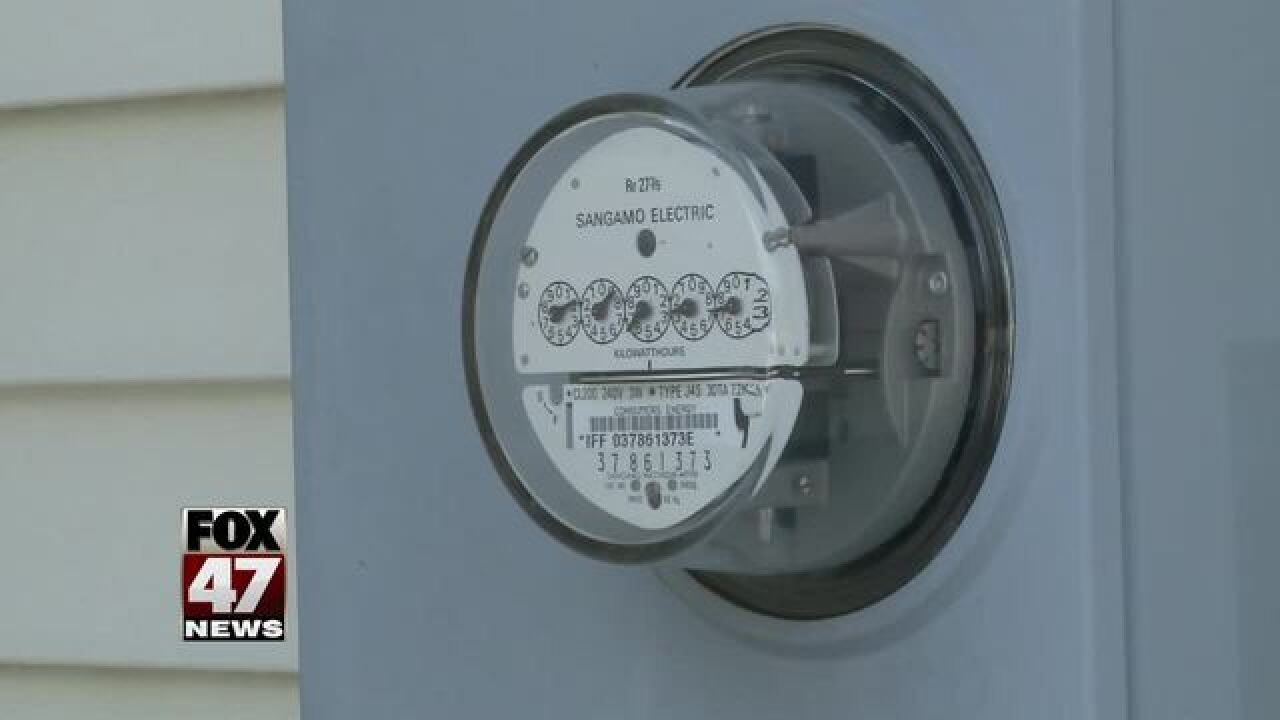 Customer complaints about higher Consumers Energy bills will be going to the state capitol Tuesday.

A house committee has a hearing at 9 AM to investigate the higher cost of heating homes in Michigan.

Consumers Energy is blaming the colder weather, but some customers have a hard time buying that as the reason for a triple-digit increase.

"I feel helpless," said Mary Hall, a Lansing native. "It's frustrating to see the spike especially when we've invested money into our home."

In the last three months, Hall noticed a one-hundred dollar spike in her bill.

Even with more energy efficient appliances, and lowering the thermostat, her bill is still much higher than usual.

"We keep our heat on the same temperature all the time and when we leave our house we always turn it down to 65," she said.

Consumers Energy has seen an uptick in complaints about higher energy bills this winter compared to last.

"Last year we experienced one of the warmest winters on record here in Michigan and this year for example, we had the coldest winter we experienced in a decade," said Terry DeDoes, a spokesperson for Consumers Energy.

DeDoes said colder weather is the main reason for the increase. The cost of electricity goes up to keep up with running the furnace.

"Another factor that we're seeing is because of the holidays, there's a longer billing period."

"We sometimes pay more than $600 a month to have our gas, electric, and water on. That's a mortgage. That's so much money for our family.'

She just wants a clear explanation.

"If spending money on your home to make it energy efficient isn't working, then why would we do it?" Hall asked.

The public hearing will be held in Room 519 of the House Office Building in downtown Lansing. The address is 124 N. Capitol Avenue.