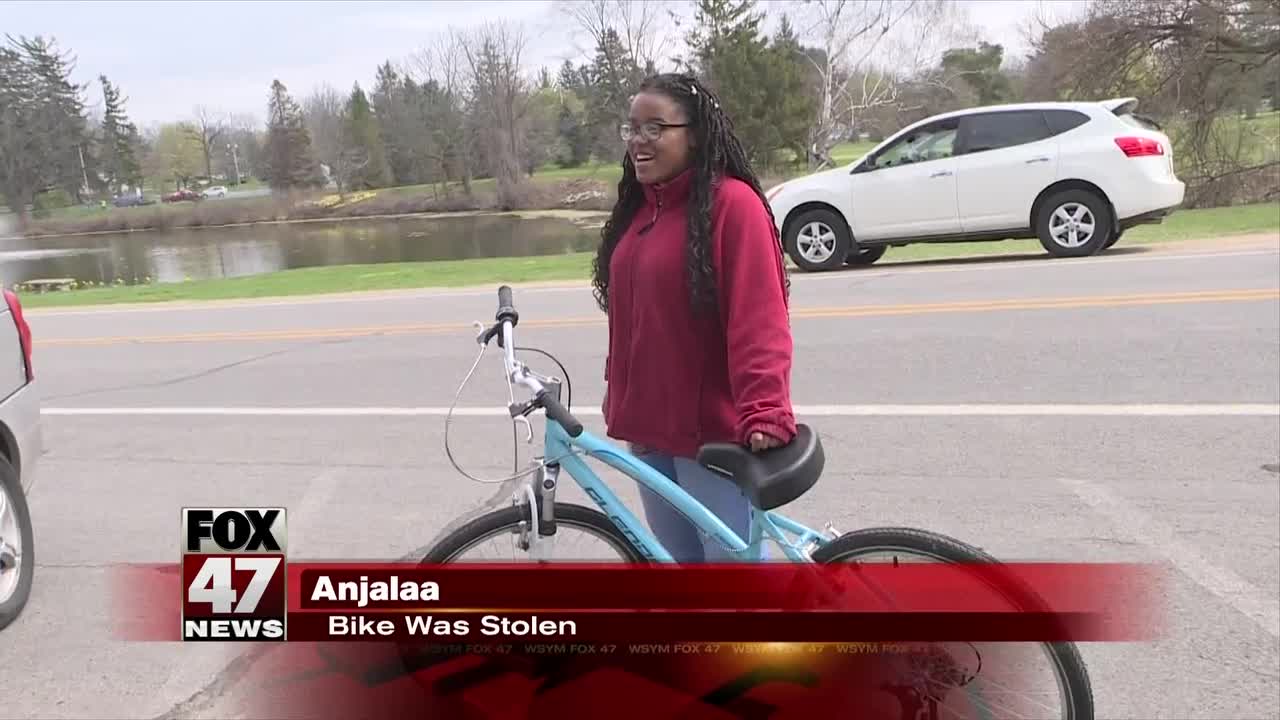 Many people who have something stolen usually never see the object again, no matter how much it means to them. But, after a girl in Jackson got her bike stolen, a community worked together to find it. 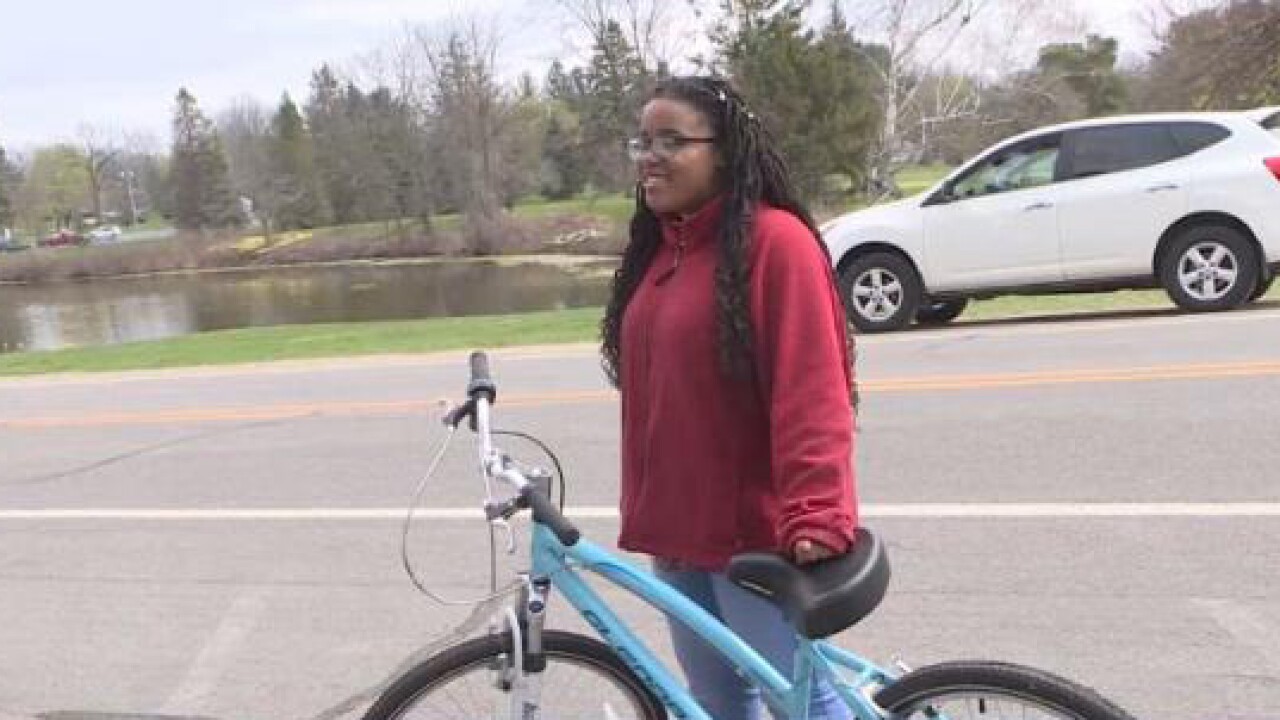 JACKSON, Mich. — Many people who have something stolen usually never see the object again, no matter how much it means to them.

But, after a girl in Jackson got her bike stolen, a community worked together to find it.

It all started on Tuesday when Anita's daughter Anjalaa missed the bus.

When the two went outside to drive to school, they saw the bike was gone.

Anita, who didn't want to give her last name, said, "She was like, 'mama, where's my bike at?'

Little Anjalaa told FOX 47 News' Megan Hiler, "I was upset...they stole it right out of our yard and I didn't like the fact that it was gone."

Anjalaa had gotten the bike just a few months ago for Christmas and was just starting to break it in since the weather was getting warmer.

Her mom said the bike was her favorite gift.

"I felt bad," said Anita. "It was basically the only thing on her wish list that she really wanted."

Dozens of people "liked" and commented on the post, all sharing tips of where they had seen one like it.

Following these, Anita drove to where the sightings were, but she didn't have any luck.

That's when she saw a comment from a woman saying she had the bike.

TJ, along with the rest of security team at the Jackson Crossings Mall saw three young boys put the bike behind a tree and then take off, and that's when they recognized the bike from Anita's Facebook post.

They said they are just happy to be able to get the bike back to whom it belonged.

Anjalaa said, "I really appreciate the fact that we have a whole bunch of people helping all of us, looking out for us. I think it's great we are looking out for each other like that."

There wasn't a police report made about the stolen bike, but according to crime data, Jackson sees more than 1,000 thefts per year.

And only a fraction of those victims gets their items back.