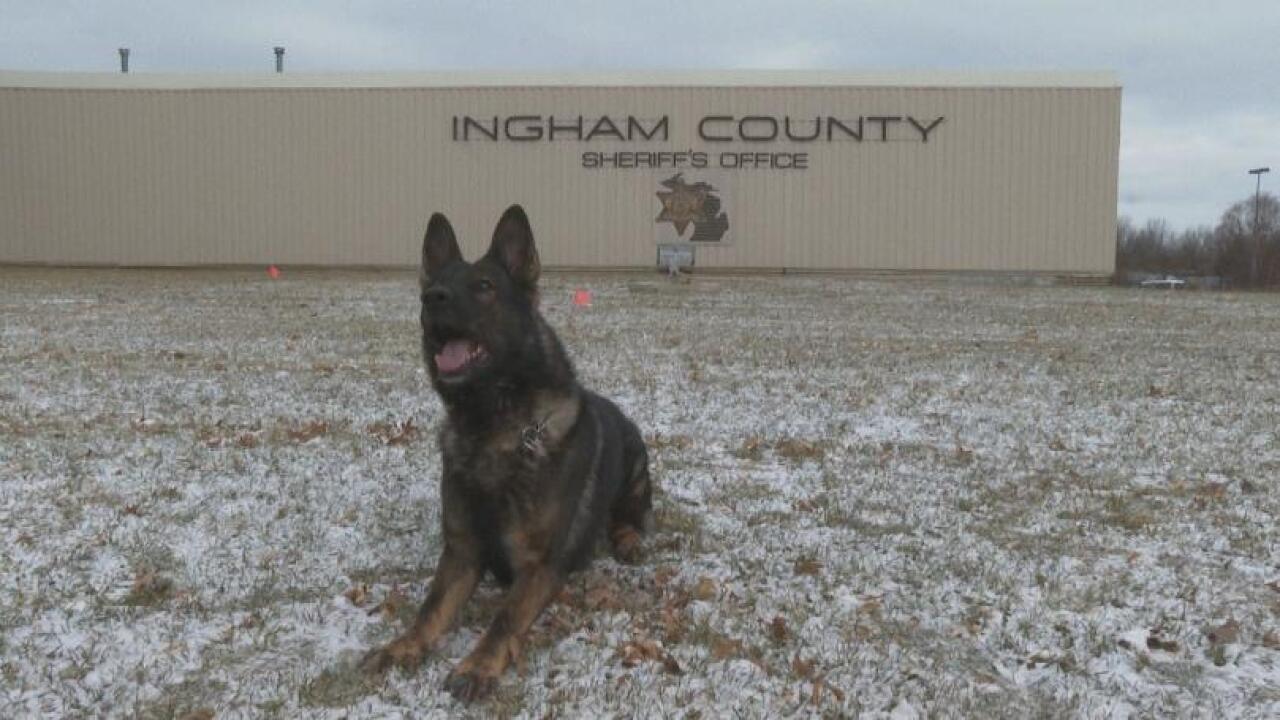 LANSING, Mich. — For the third year, the Ingham County Sherrif's Department is teaming up with Modern Woodmen of America to hold a comedy show, where all proceeds will go toward keeping the K-9 unit up and running.

The department says typically event funds go back into the community, but this time all money that is made from the comedy fundraiser will go directly back to the K-9 department for future expenses like leashes, veterinary visits and anything else they may need.

"We are constantly preparing for life beyond our current canines and our canine teams," says Deputy Paul Narlock

The Ingham County Comedy Fundraiser is key to the K-9 team and Victims Advocate program at the sheriff's department and although they are happy their canines are currently healthy, the funds help to keep them prepared in case that changes.

"Eventually our dogs will retire and we'll have to purchase new dogs and usually that means new handlers and new equipment," said Narlock

Deputy Paul Narlock said typically it's an expensive bill when something goes wrong. K-9 team dogs last an average of 10 years, depending on the breed and then the department has to go through a series of changes such as finding new dogs, equipping themselves with new gear, and getting a new officer to care for the animal.

The department currently has five K-9 dogs, which is the amount they try to maintain.

As far as donations from ticket sales, the department says any amount helps.

"If you can't make it or would like to donate, we're open to accepting donations or sponsors for the event themselves," Narlock said.

This year's comedy fundraiser will be held at Holt High School on Jan. 25. Tickets are $25 and are being sold until the day of the fundraiser. Leftover tickets will be sold at the door of the event.

If you are interested in becoming a sponsor, donating, or purchasing tickets, the department is encouraging people to either reach out to the Ingham County Sherrif's Department or visit Modern Woodman of America on Facebook.