Coach Dantonio calls out ESPN reporter for unintentional photo use 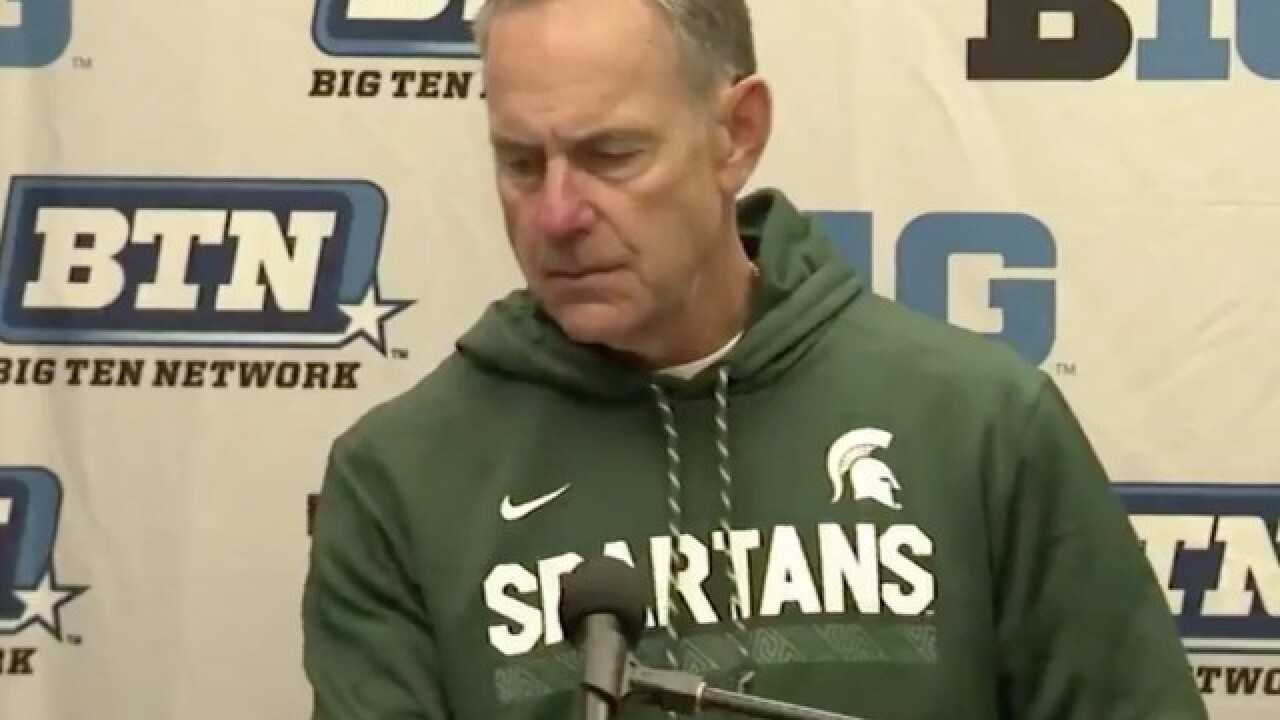 It all started when ESPN reporter Dan Murphy tweeted out a link to a story on Larry Nassar's former boss and former MSU dean William Strampel, who was charged with criminal sexual conduct Tuesday.

The photo for the story was the field at Spartan Stadium with the Spartan logo featuring the number three to honor former player Mike Sadler who died in a car accident in July of 2016.

Dantonio said Murphy quote "stepped OVER the line," saying the use of the photo was "totally unacceptable."

. @DanMurphyESPN has stepped OVER the line. This is totally unacceptable. M. Sadler is a deceased player whose memory was being recognized with his #3 in the Spartan logo during his life celebration at Spartan Stadium. He was a decorated Academic All-American. #RIP3 #Inexcusable https://twitter.com/danmurphyespn/status/978683756998545409 …

Murphy responded by saying the photo was a stock image that automatically generates when ESPN sends out a tweet. He said the image was not included in the story on Strampel and was not put there intentionally.

That's a stock photo that generates automatically when we send out a tweet. It's not included in the story and certainly was not put there intentionally. I apologize if anyone was offended by it. https://twitter.com/rjwardin/status/978684248801579009 …

Murphy apologized saying the image had been changed.