Clean up after weekend storms 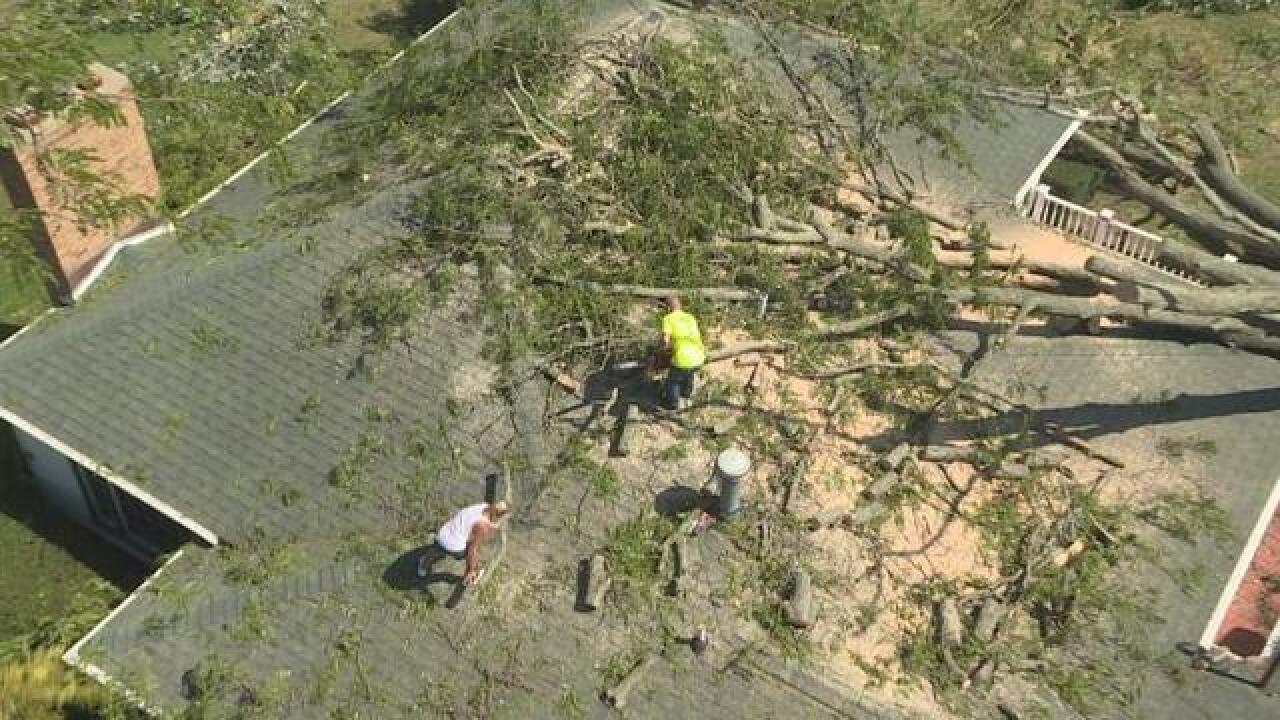 Not the expected start for many this Labor Day holiday, a tree uprooted on the corner of Ganson and Hibbard roads in Jackson.

And that is just one of the dozens of property's, damaged in this weekend's tornado.

As some people are flipping burgers and jumping into their pools, people in this Jackson neighborhood are trading in their spatulas for rakes and chainsaws as they try to pick up from this weekend's tornado disaster.

Grinding, and chopping down trees, is not what many say they expected to hear on labor day.

Jeffrey Senn was one of the dozens of people in Jackson's northside that are combing through broken branches and debris spread out on their lawns
He told Letang he was out to eat dinner when his shed got caught in a tornado cloud on South Brown Street.

Senn said, "I couldn't believe that it lifted it up because everything that is on the cement pad is in place the lawn mower is there the gas cans are there, it was incredible and yea I was shocked."

Senn also came home to a tree in his front lawn, something that his neighbor down the block is dealing with.

"This is all familiar territory unfortunately at this point for me and I've got amazing family and friends," said Brandon Martin, car damaged by the tornado.

Martin was up north when he got the call, that a tree had smashed his truck. That put his labor day plans on hold.

"Mow my lawn and finish the bathroom model I was in the middle of, and that's definitely not happening today," said Martin.

People on the next street over, South Higby St., cleaning up the same mess. Frank White was in his home during the tornado.

"It sounds like a freight train coming through," said Frank White, Jackson resident.

When a tree came crashing down on his home, leaving a hole in his ceiling.

And it's damage that's bringing the community together

"I'd like to thank all the neighbors that have been around," said White.
Martin said Jackson Preparatory and Early College cross country team came out to help with clean up, "love my community people have been really truly amazing, lots of support lots of help."

Even though a tree may still be standing, experts said to look out for fallen branches or ones getting ready to snap. Over time winds can open them up and they can fall, causing severe damage to your property or even harm people.