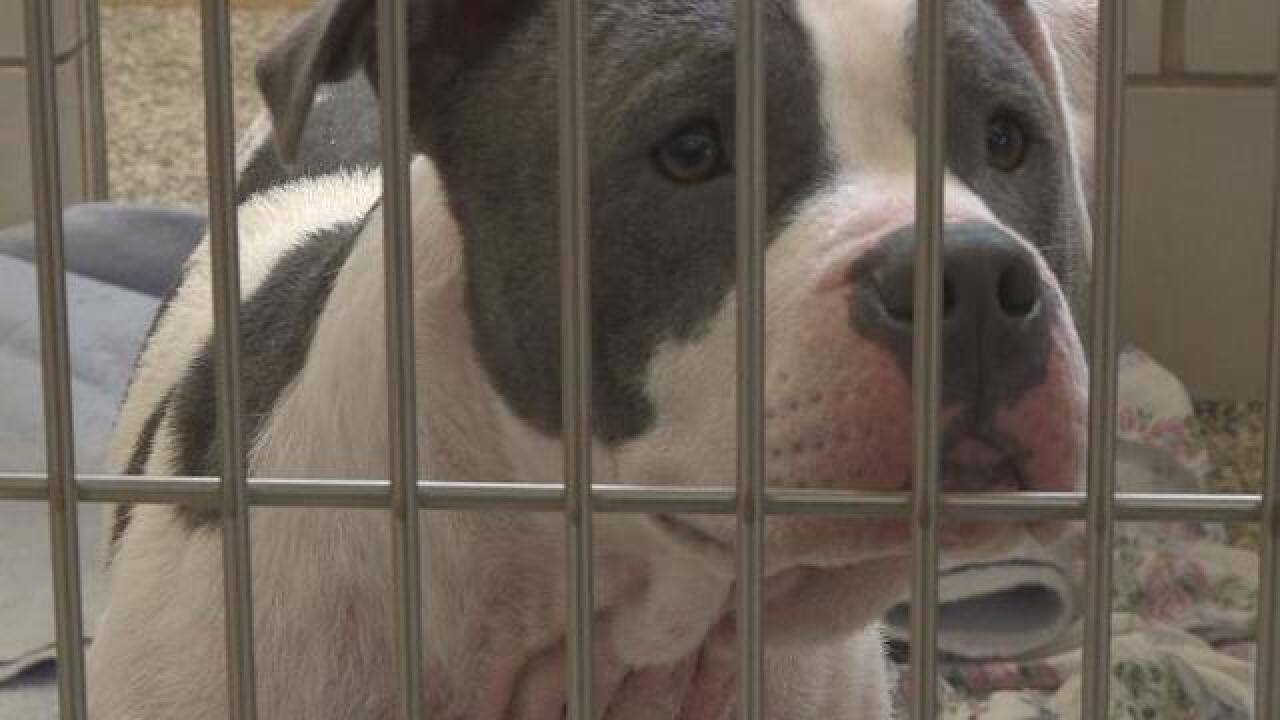 We've heard complaints over the last several months about animals being neglected in Jackson, and the city not having a plan to deal with the problem.

Now there are two possible solutions in the works.

Jackson Mayor Derek Dobies is looking at the city of Detroit's animal control laws for an example to duplicate in the city of Jackson.

As it stands now he, and other concerned citizens, told FOX 47's Alani Letang the city's laws against animal abuse can use some tweaking. Especially after this last brutal winter

"They're in backyards where there is so much debris that they can't walk around and their chains get hooked on things. It's very bad in Jackson," Brenda LaChapelle, animal rescuer.

Brenda LaChapelle has been taking matters into her own hands, trying to help neglected animals in Jackson. Now she's working with the mayor to get the city more involved.

"The city should be looking at our own ordinance making sure it has the teeth necessary to do the job and figure out how that's going to interact and engage with the county officers as well as the animal control shelter," said Jackson Mayor Derek Dobies.

LaChapelle added, "making it more animal-friendly, more animal welfare, and a little more meat in it so that people that are neglecting and abusing animals dont get away with it."

The mayor said the city has to take on a bigger role because Jackson County eliminated its animal control department in 2014. He also said asking the police to do animal control's job isn't realistic. The county sheriff's deputies and city police are responsible for responding to animal complaints.

"They have a lot of work to do already on their plate with dealing with some of the crime and drug problem we have in the city," said Dobies.

So it's up to the citizens and groups like Saving Innocent Souls (S.I.S.), a local volunteer group that helps owners with pet care, to take the weight off of law enforcement's shoulders.

"Animals were deceased and we were pulling them out of dog houses this past winter that were frozen," said Jody Brown, animal rescuer.

But their goal isn't to take animals away from owners, unless absolutely necessary. "We are definitely for creating the bond with their families with their pet that's already in their care," said Brown.

Brown leads that group and told Letang the problem is in the hands of the citizens unless voters pass a millage in August to re-establish a county animal control office.

"I encourage everybody to vote yes, we cannot have animal control back if we don't have this," said Brown.

The millage will be on the August ballot to bring back at least two animal control officers and a manager to the county shelter.

The mayor is still working on a drafted plan of those city animal control ordinances to present for a vote in their July council meeting.

We will let you know what happens.