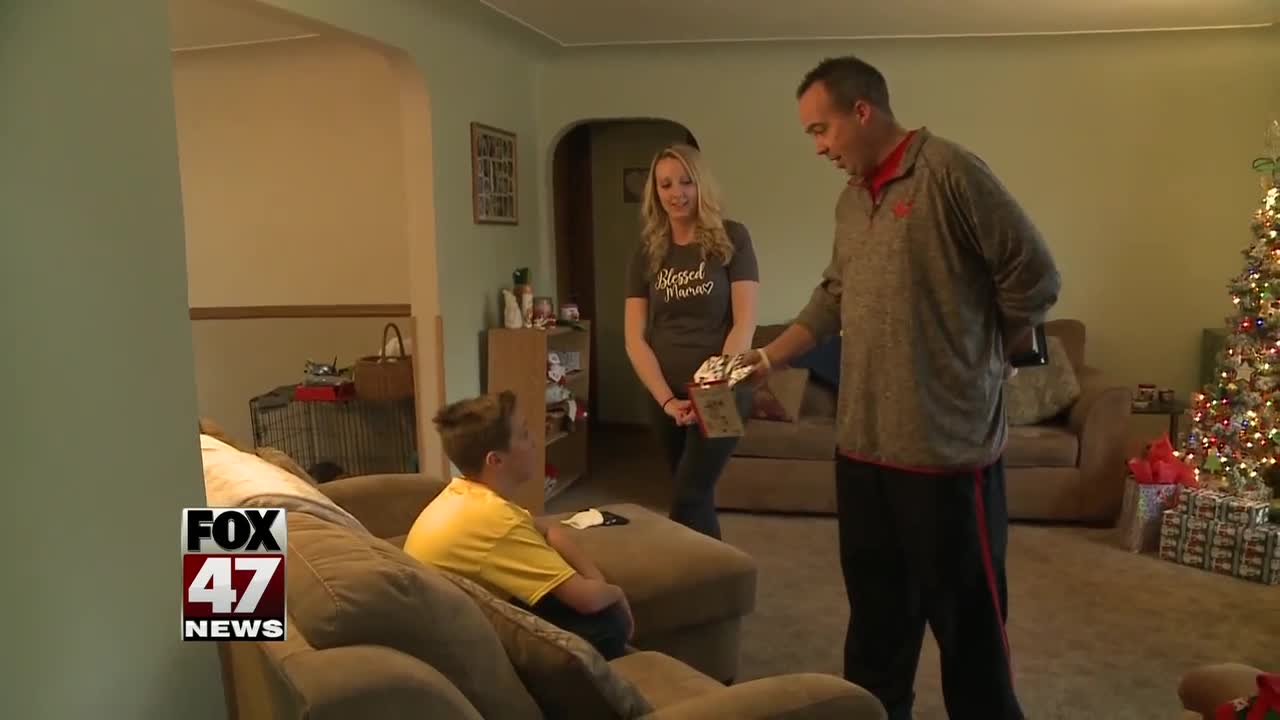 Last week, Dakota Wallace, a Charlotte sixth-grader, had his favorite Michigan hat stolen when he was at a park on his way home from school. But he wasn't sad for long. When his teacher found out, he did something extra special. 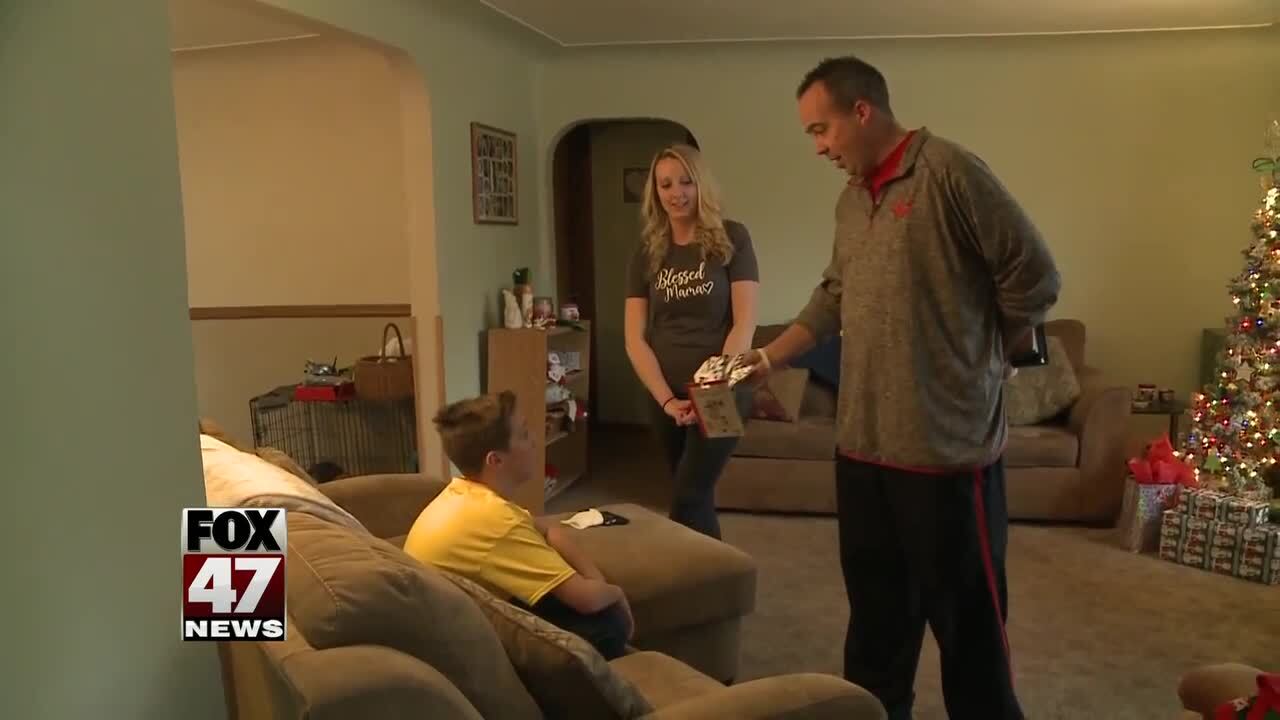 CHARLOTTE, Mich. — Last week, Dakota Wallace, a Charlotte sixth-grader, had his favorite Michigan hat stolen when he was at a park on his way home from school.

But he wasn't sad for long. When his teacher found out, he did something extra special.

"I talked to my wife....and I did some shopping for you last night."

That's how this video taken by Dakota's dad starts. The teacher shown, Jacob Briney, who is a Michigan State fan, said he put his loyalty aside to cheer up one of his students.

"It made me happy because none of my teachers had ever done that for me before except Mr. Briney," Dakota said.

"I was so happy. I was so thankful. It was so nice of him, and something so negative could turn into something so positive," Mallory Campbell, Dakota's mother said.

Both Dakota and his mom say they were touched by the teacher's kindness, but little did they know, they were in for an even bigger surprise.

On Sunday, about a week later, Briney was able to pull some strings with the help of his brother. He showed up at Dakota's house with football gloves and autographed pictures of some Green Bay Packers.

"So that's Aaron Jones, the starting running back."

Dakota and his mom were surprised at the gifts, but they didn't let Mr. Briney leave empty-handed. Dakota gifted his teacher with a Michigan State backpack. After the two hugged, Mr. Briney told News 10 why he did what he did for his student.

"It was nothing that any other teacher wouldn't do for their kids. And being a teacher nowadays, we play a lot of different roles in these kids' lives. And I thought this was an opportunity for me to and our team and my wife and I to put a smile on his face this holiday season," Briney said.

Mr. Briney's daughter also wrote a card for Dakota and included a small gift for him too. The families' hope this will inspire others to share their positive stories about their teachers.