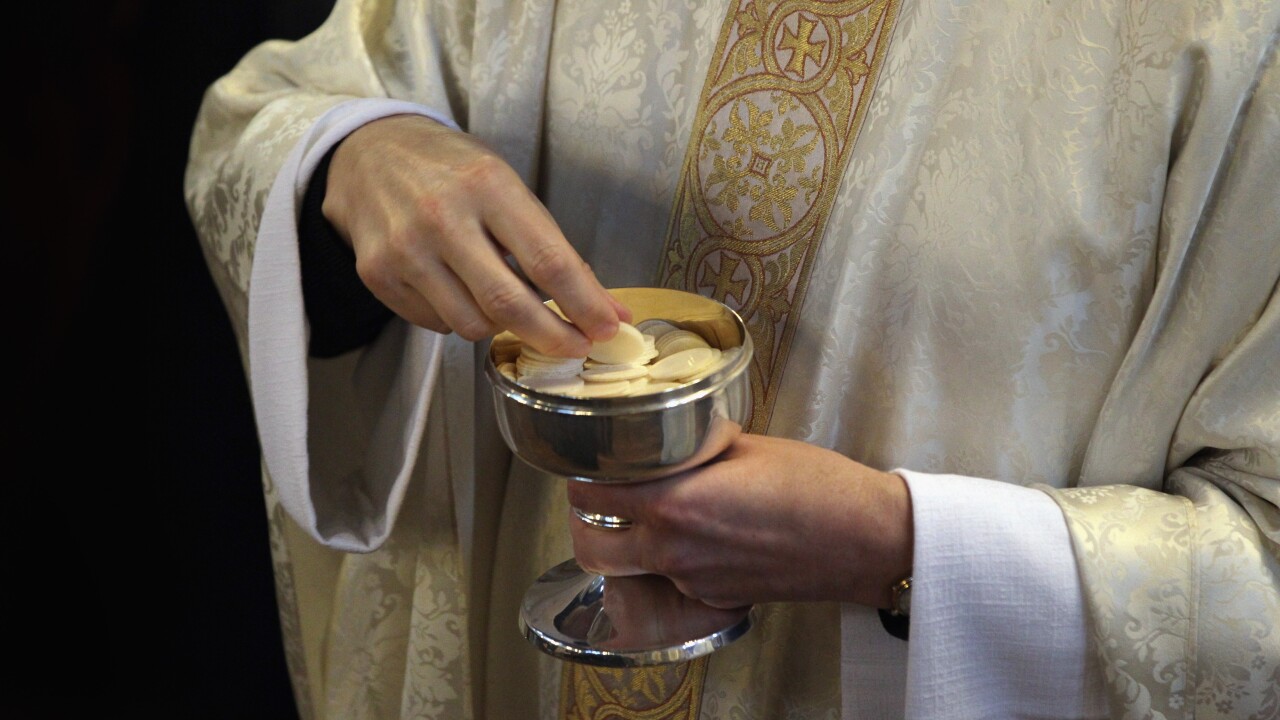 Dan Kitwood/Getty Images
LONDON, ENGLAND - JANUARY 15: A service is held as John Broadhurst, former C of E (Church of England) Bishop of Fulham, Andrew Burnham, former C of E Bishop of Ebbsfleet and Keith Newton, former C of E Bishop of Richborough are ordained as Roman Catholic priests at Westminster Cathedral on January 15, 2011 in Central London, England. The three Anglican bishops are making the move in direct opposition to action by the Church of England to legislate in favour of the consecration of women bishops. This will see the inauguration of a special section of the Roman Catholic Church created by Pope Benedict XVI, called the Ordinate, which will welcome married priests and maintain some Anglican practices. It has been estimated that the Church of England could see up to 50 traditionalist Anglican clergy and around 600 worshippers converting to Catholicism as a Vatican scheme for disaffected Anglicans begins. (Photo by Dan Kitwood/Getty Images)

Earlier this week, Nessel posted a picture on social media showing volunteers within the AG's office looking over thousands of documents connected to the investigation.

Many of the documents being reviewed were seized during raids on Michigan's seven Catholic dioceses last fall.

Spokeswoman Kelly Rossman-McKinney wouldn't say how the AG responded to the threats but that the threats are being taken seriously.

"We are confident that once people see action coming out of the investigation that some of that will tamp down a little bit," Rossman-McKinney said.

Nessel took over the investigation into sexual abuse complaints within the Catholic Church and the church's handling of the complaints.

Rossman-McKinney says the AG's Office will be in a position to announce charges related to the investigation "soon."

She wouldn't say if priests or diocese officials will be charged and refused to identify the dioceses.

Nessel says the investigation is expected to last roughly two years and there be could more than 1,000 victims.