CATastrophe avoided: cat rescued from under the hood of SUV 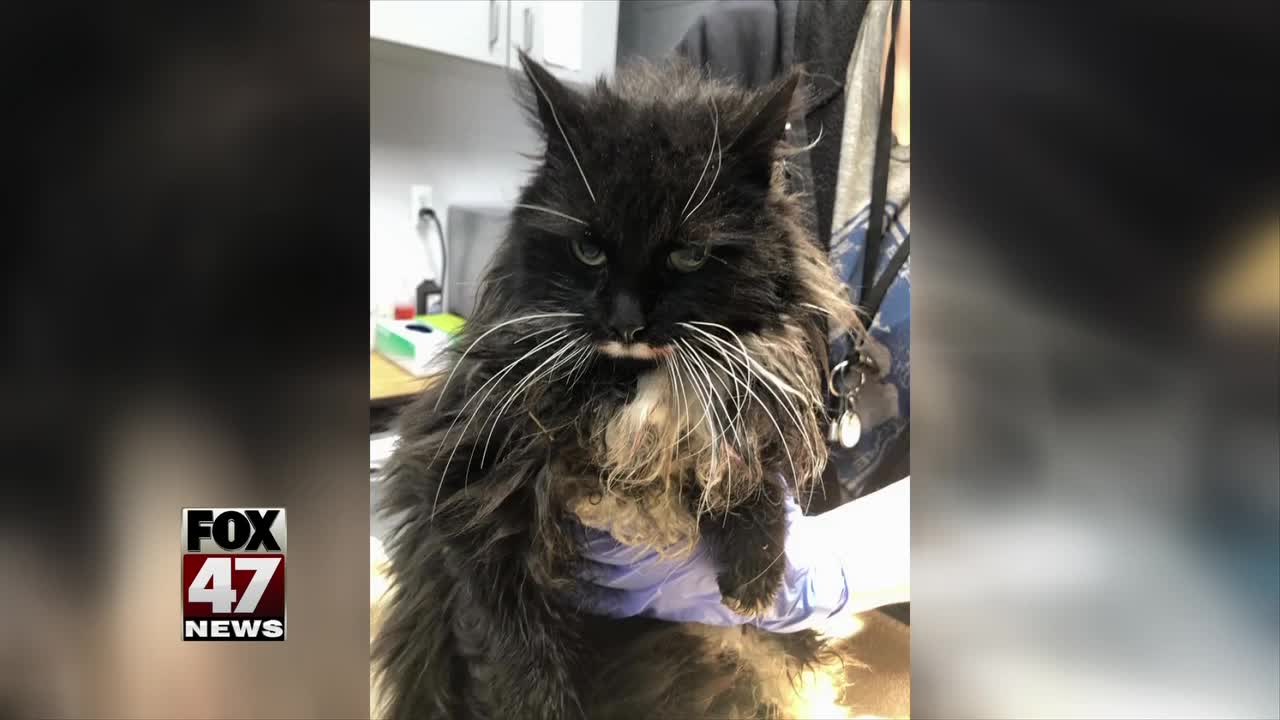 The cat, now named Chevy after her ordeal, was caught under the serpentine belt in the hood of the car. Lydia Sattler, who is the Director of the Jackson County Animal Shelter said it's a miracle she is alive.

JACKSON, Mich. — A cat has some mechanics to thank for being alive.

The cat, now named Chevy after her ordeal, was caught under the serpentine belt in the hood of the car. Lydia Sattler, who is the Director of the Jackson County Animal Shelter said it's a miracle she is alive.

"You know they say cats have nine lives, I'm thinking she probably has eight left at this point," Sattler said.

A crazy scene unfolded at Art Moehn Chevrolet dealership in Jackson last Thusday, when a customer brought their car in after finding a cat under the hood.

"The owner of the car actually tried to start their car and knew something was wrong, and looked under the hood and found the cat," Sattler explained.

That's when the owner called a tow truck to take the red Chevy Trax to the dealership. A move Sattler says save the feline's life. Employees then pushed the car into the service bay where they worked to free the cat from under the hood.

"And after assessing the cat's position, the service team helped to make some adjustments to be able to free her," she said.

Once the cat was free, she was taken in by the Jackson County Animal Shelter. Miraculously, she was not seriously injured.

"Of all the things I've done, I thought I've seen it all. But I have never removed a cat from an engine. So that was a first for me. I'm just so thankful she is alive. I mean that's a lot for a cat to go through."

Chevy the cat is at the shelter right now, but is expected to make a full recovery. She will then be available for adoption once she is healthy.

The animal shelter added that it is common for cats to try and find warm places in the winter, so check your car before you head out.