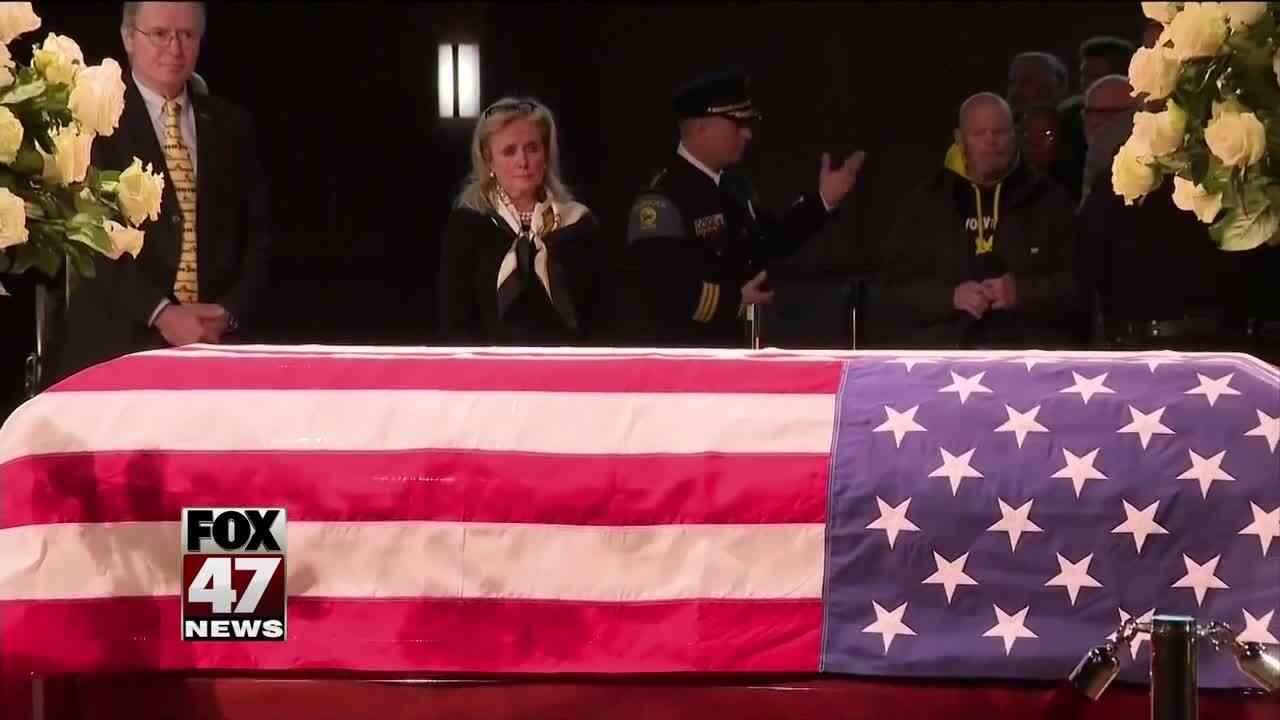 DEARBORN, Mich. (AP) — Former Vice President Joe Biden and other dignitaries are expected at John Dingell's funeral after hundreds of people passed his coffin and were personally greeted by the family of America's longest-serving member of Congress.

A funeral is scheduled for Tuesday at Church of the Divine Child in Dearborn, five days after the Michigan Democrat died at his home at age 92. Dingell served 59 years in the House, retiring at the end of 2014.

Former constituents and admirers lined up Monday at a performing arts center in Dearborn to pay their respects. Dingell's casket was in a ballroom while oversized photos of his life were displayed in the lobby.

Rep. Debbie Dingell, who was elected to her husband's seat in 2014, stayed to greet everyone throughout the day, after some private moments near the casket with former Rep. Candice Miller.

Imad Hamad recalled how Dingell helped him with a thorny immigration problem that threatened his future in the U.S.

"I think John Dingell is not just an American hero to Americans. I think his model is a global model," Hamad said. "He is one of the few who gave politics a good meaning."

The visitation was the first of many public events this week. There will be a second funeral Mass on Thursday in Washington. A motorcade with Dingell's casket will pass the U.S. Capitol, where he held power for years as a House committee chairman. He will be interred at Arlington National Cemetery.

Biden, Rep. John Lewis of Georgia and Rep. Fred Upton of Michigan will speak at the Tuesday service. Former President Bill Clinton and former House Speaker John Boehner of Ohio will speak at the Washington service.