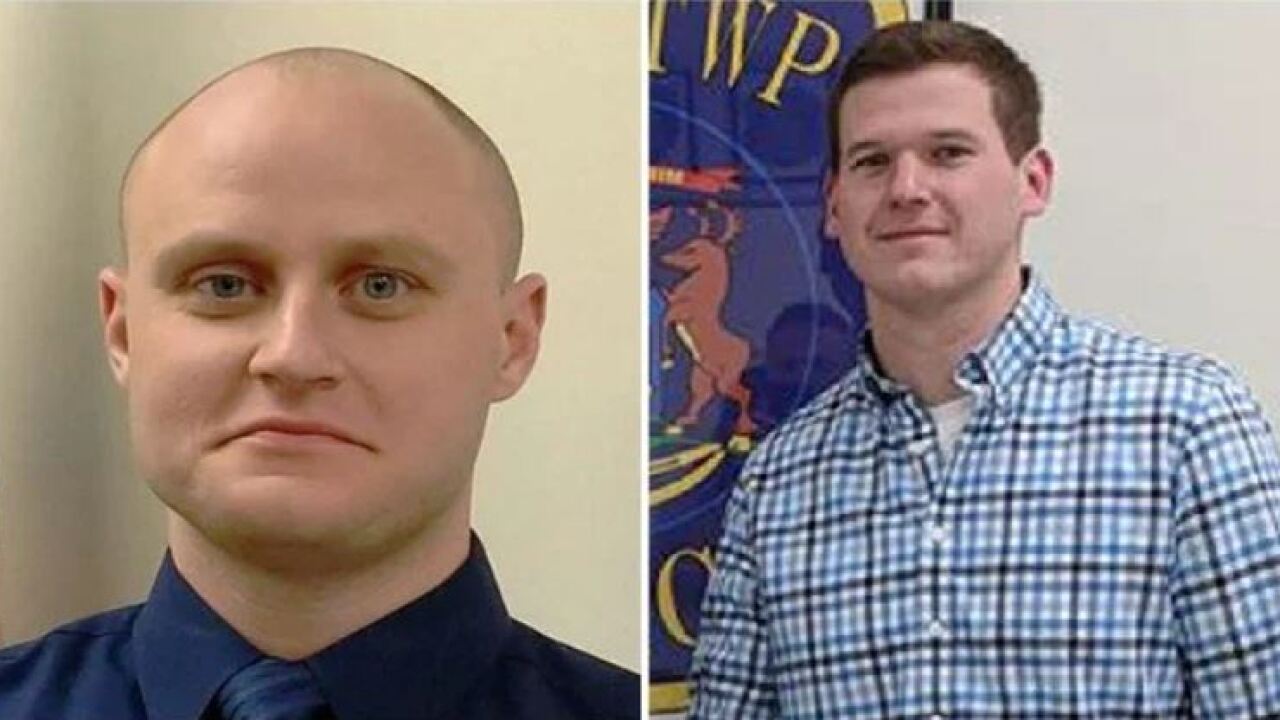 LANSING, Mich. — One of the Bath Township officers charged in a bar fight in Grand Rapids appeared in court Thursday for a pre-trial hearing.

The second officer, Bryan Miller, is facing a charge of creating a disturbance in a public place and is scheduled to have a pre-trial conference on Nov. 12, according to court records.

Both charges are misdemeanors and are punishable by up to 90 days in jail and/or a $500 fine, according to the Grand Rapids City Attorney’s Office.

Det. Bryan Miller and Officer Payton Warner were arrested about 1:30 a.m. Oct. 9 by Grand Rapids police for their alleged involvement in a bar fight while off duty.

Grand Rapids Police Sgt. John Wittkowski said in a statement alcohol was a factor in the bar fight.

“It’s pretty much standard,” Wittkowski said. “They weren’t treated any different than any other person.”

Bar owner Deb Owen said Miller and Warner punched a bartender at The Web bar and kicked a customer before the fight broke up.

Owen said Miller threw the first punch. Owen’s son is the bartender and refused to serve Miller before the incident occurred, she said.

A woman who claims she was caught in the middle of the bar fight said the charges the officers received aren't enough.

Stacey Weaver was at The Web Bar on Oct. 9--the night officers Miller and Warner were arrested. She said she was punched in the face by one of them and that she's pressing charges.

"I just don't think that they're fit to wear a badge, it seems like they're worried about being down to nine officers at Bath Township. Those two officers aren't even fit to be on," Weaver said.

She said she was trying to break up the fight and instead got hit herself.

"I see Brian getting his head kicked in so I was trying to block people so he didn't get his head checked in anymore, and Payton came up to me and laid me out and that was that. After Payton hit me and knocked me out, everything was blurry after that," Weaver said.

Both officers are currently on paid leave while the Bath Township Police Department does its investigation.