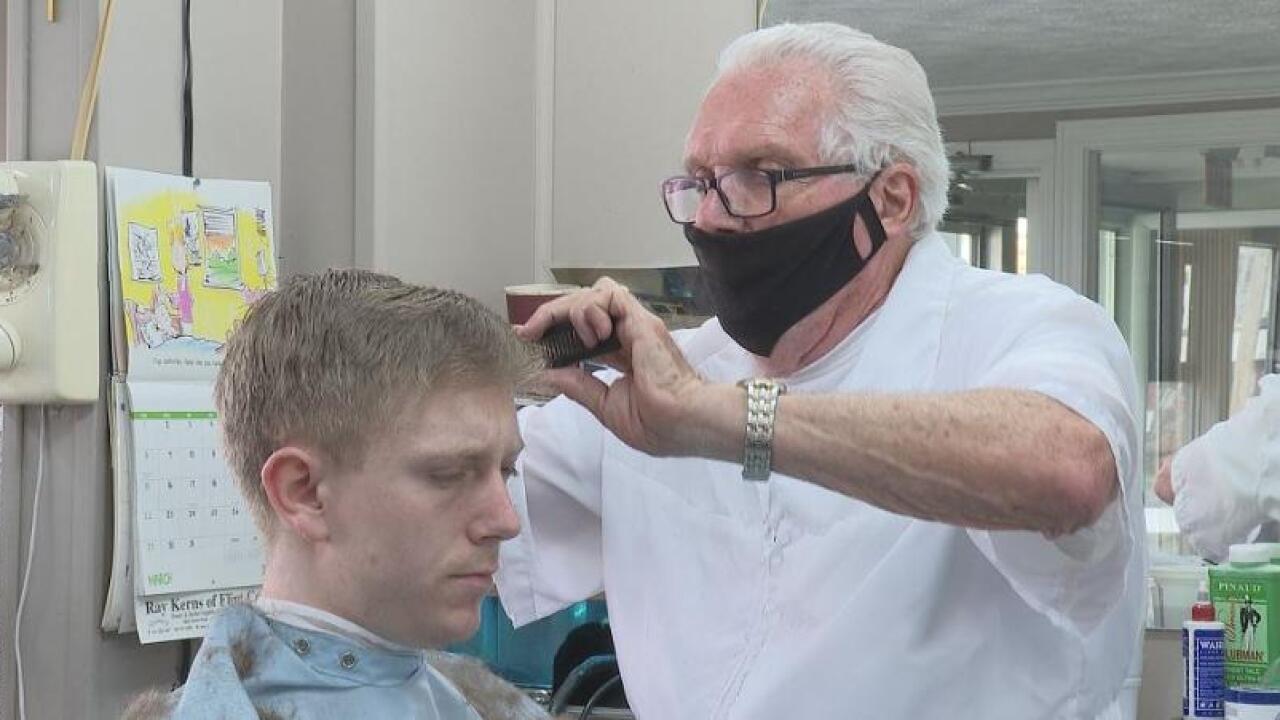 OWOSSO, Mich. — A judge on Thursday rejected a request for an injunction that would have strengthened the state’s hand in keeping a Michigan barbershop closed during the coronavirus outbreak.

Karl Manke’s shop in Owosso has been closed since last week when regulators suspended his license. But Gov. Gretchen Whitmer’s administration was seeking an order in a separate action that would have further kept the 77-year-old out of business.

“That’s not enough to tip the scales,” the judge said.

Stewart repeatedly noted that authorities could have arrested Manke if they felt his hair cutting was dangerous.

Manke resumed cutting hair on May 4, drawing customers from across the state who were inspired by his plea for freedom from a government shutdown. His shop, 40 miles (65 kilometers) northeast of Lansing, has turned into a site for small rallies.

Manke has received at least two tickets for violating Whitmer’s orders against businesses deemed nonessential, and his barber license was suspended last week.