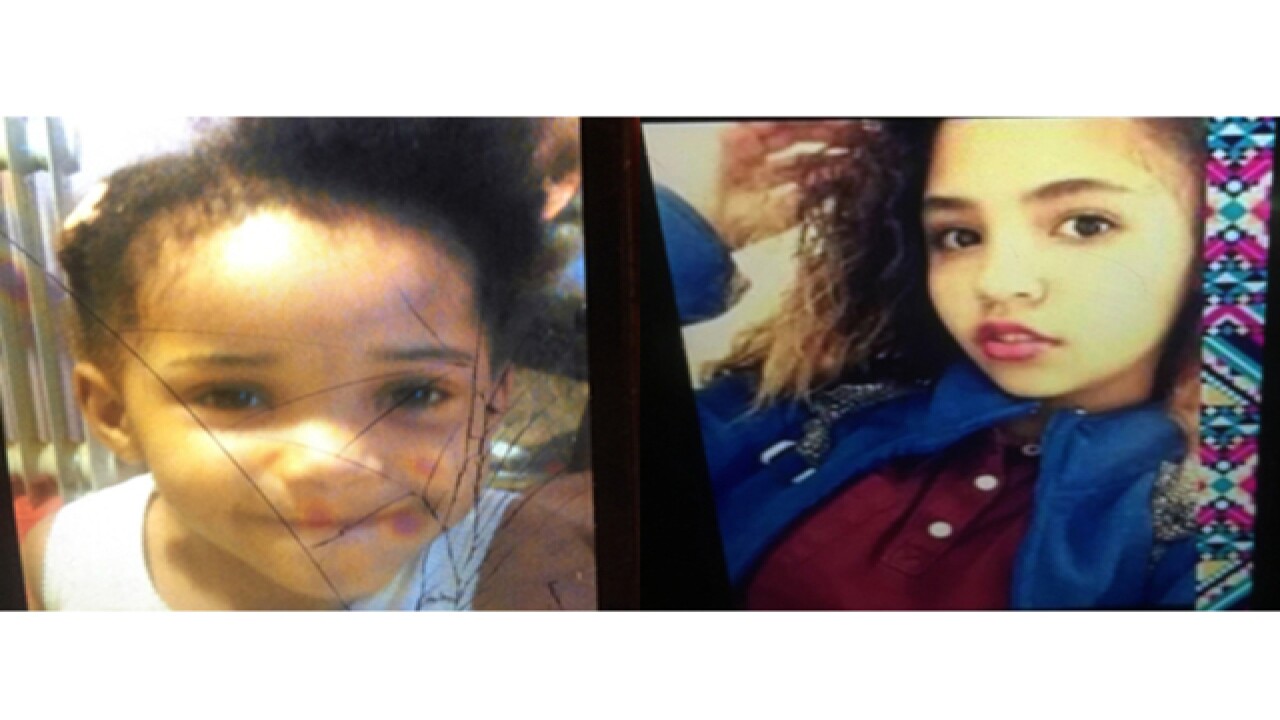 The Amber Alert issued Monday for two girls from Saginaw has been canceled. Details surrounding the case are unknown at this time.

An AMBER Alert has been issued for a 2-year-old girl from Saginaw.

Saginaw police indicate 2-year-old Mileah Hill may have been kidnapped by her 15-year-old cousin last night.

Police say Mikelah Williams left from the 1500 block of Walnut with her little cousin.

Mileah is described as a black female with brown eyes. She weighs about 30 pounds.

Mileah's cousin, Mikelah Williams, is described as a female around 85 pounds with brown eyes. She's about 4'6".

If you have any information regarding their whereabouts, call police.