Alleged MSU rape victim says this is not a basketball story 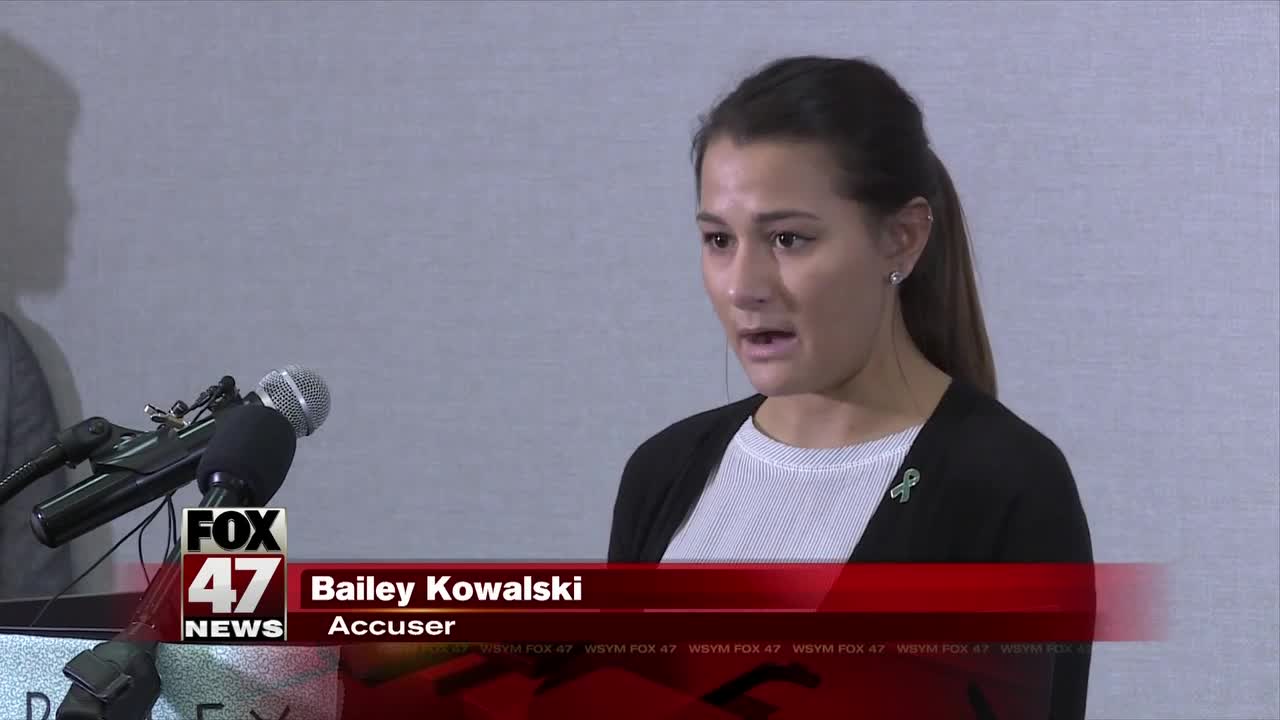 Bailey Kowalski, a senior at Michigan State University, addressed the media Thursday afternoon in East Lansing and stated she is speaking up now because she is "no longer afraid or ashamed." 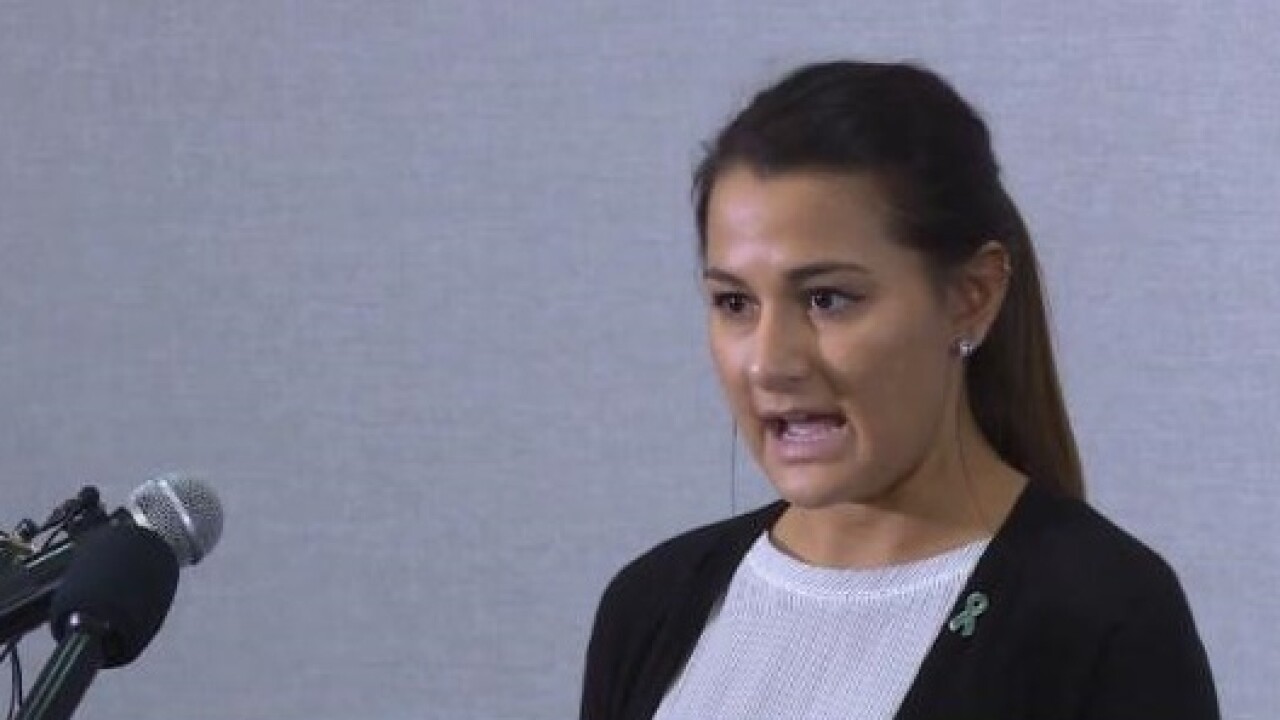 EAST LANSING, Mich. — Bailey Kowalski, a senior at Michigan State University, addressed the media Thursday afternoon in East Lansing and stated she is speaking up now because she is "no longer afraid or ashamed."

Kowalski, 22, is speaking publicly a year after filing a lawsuit against the school alleging that she was discouraged by counseling center staff from reporting to police that three former men's basketball players gang raped her in 2015.

Michigan State's motion to dismiss the case is still ongoing.

"I was intimated and I was told that I was going to be swimming with some really big fish. I'll never forget that phrase and that immediate feeling of despair and isolation," she said.

During an initial five-minute address to reporters, she said she "wants the university system to change" and "wants other women to know they matter."

Her parents Robin and David Kowalski, her brother, Hunter, and Kowalski's attorney, Karen Truszkowski, were also seated at a table.

"You saw her. She's a strong woman. She was a little girl when this happened. She has grown up," David said.

Kowalski also stated that, "This is not a basketball story."

"I did not choose who my rapists were. This is not about bringing attention to the MSU basketball team because there are survivors out there who don't get a say who assaults them," she said. "I want the system surrounding Michigan State University to change and I want all people to be treated with dignity and respect regardless of their status or the revenue they bring to the university and I want other survivors to know that they matter."

When asked by reporters if she wanted to state who was involved in the 2015 event, Kowalski made it clear she was not planning release any names during her press conference.

But her attorney said they haven't ruled out filing a police report. They just have no immediate plans to do so.

Kowalski will be graduating from the university in May.