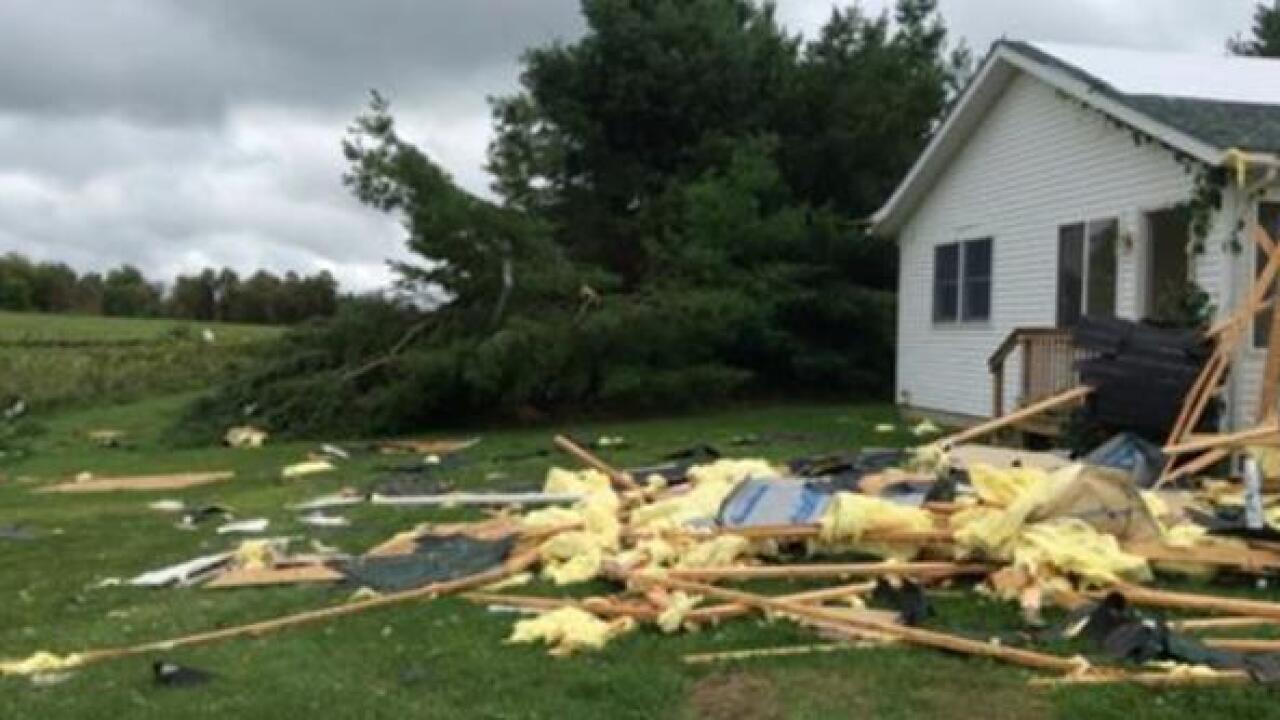 An EF-1 Tornado was confirmed in West Branch, causing damage to two homes.

Two tornadoes touched down in Arenac County. An EF-1 struck the Au Gres Campground damaging a few camper trailers. An EF-0 tornado was confirmed near the Rifle River leading to some tree damage.

A fourth twister, an EF-0 was confirmed in eastern Antrim County, just west of Gaylord.

The National Weather Service also has confirmed the touchdown of a fifth tornado in Lake County, an EF-0 that touched down near the village of Baldwin.